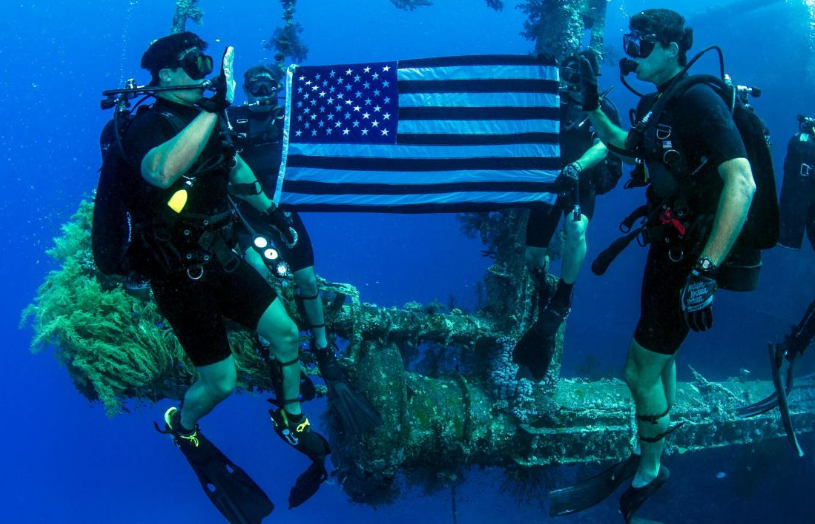 The last time Democrats won a House majority it was in part because the Iraq War was so unpopular. The next time may be with candidates who fought in America’s post-9/11 conflicts. The party is running military veterans in competitive congressional districts across the country: Fifteen veterans have already launched 2018 House campaigns, and 10 more may enter races by this summer, Democratic officials say. | The Wall Street Journal >>

The contract supports the Faster Care for Veterans Act of 2016, which requires the VA to “establish an 18-month trial program operational in at least three Veterans Integrated Service Networks (VISNs), under which Veterans can use a cell phone, tablet, computer or mobile device to schedule and confirm primary care, specialty care and mental health appointments,” according to a release. | Fed Scoop >>

The bill amends the Department of Veteran Affairs Act, requiring the department, in conjunction with the Department of Defense, to identify veterans returning from heavy casualty units or units where at least one service member committed suicide upon returning stateside. “They’re not giving the vets a shutdown period when they get back,” Boden said. “I just hope this bill goes through. Now is the time to do it, not down the road.” | WHIG >>

There is also more serious fare, like an article about breast cancer and an essay on a proposed family law that has been delayed for years by conservatives who oppose the safeguards it would bring. Yet the magazine, Gellara, differs in one crucial respect from most women’s periodicals around the world: It could provoke anger, or worse. | The New York Times >>

Officials in Zabul province said that militants from several provinces carried out the attacks against government installations in the provincial capital, Qalat, and three police posts in Shahjoy district late Saturday. The provincial governor, Besmellah Afghanmal, said 25 police officers were killed and six wounded. The victims included members of both the Afghan National Police and the Afghan Local Police, a U.S.-funded government militia that provides security in rural areas. | Los Angeles Times >>

Snapshot memories. Quick glimpses of the past; all that tends to be left of our earliest years. For me, they’re all that remains from my one and only trip to visit my grandparents in Kurdistan. I was 5 years old. My father had just convinced my mother – an American from Minnesota, with light hair and blue eyes and a low threshold for danger – that traveling back to where he was born would be safe. | Salon >>

Things are looking a little different on Sand Hill these days, and it’s not just the coiled hair or the female drill sergeants screaming at recruit formations. When the 198th Infantry Brigade welcomed its first gender-integrated class back in February, months of research and planning had gone into preparing one of the Army’s last all-male environments for the arrival of the first women to enlist in the service’s largest military occupational specialty. | Army Times >>

Less than an hour after a recent dawn rolled west into the Pacific Ocean, Capt. Joe Cahill sat in his starboard chair, a lined face pointed toward a line of warships wheeling north around San Clemente Island. In the lead, the Arleigh Burke-class destroyers Halsey and Higgins cut through the waves in a tight turn toward land, trailed by the looming Nimitz-class aircraft carrier Theodore Roosevelt and the destroyer Sampson. (Photo Right) | Military.com >>

There’s not much to see in Otisville, New York. The town, with a population of just over 1,000 people, looks like an old mining village with white-painted ranch homes tucked behind the terrain’s rolling hills. The town is on the tip of Orange County, about 60 miles northwest of New York City; turn left down I-209 and you’ll pull into New Jersey, turn right and you’re in Pennsylvania. | Rolling Stones >>

Sgt. Kevin Downs, guest speaker for Dickson County’s Memorial Day Service, experienced the ravages of war when the humvee he was traveling in was hit by four explosive devices on August 13, 2005 in Iraq. Downs, who is scheduled to speak 10 a.m. at the Historic Dickson County Courthouse Square in Charlotte, was blown 60 feet into the air causing severe bodily injuries: two broken legs, a broken arm and pelvis, and 60 percent of his body, including his throat, eyes, and lungs was covered in second and third degree burns. Eventually, both legs had to be amputated below the knees. | The Tennessean >>

“It was definitely unexpected,” said Skarinka, whose friend submitted his name for consideration. “I try to stay under the radar as much as possible with these things, and I’m definitely honored and really excited to be a part of it, seeing how big the actual event is. It’s a great event, a great charity and it’s awesome that they honor veterans like myself across the state.” (Photo Right) | Enterprise News >>

Military veterans are neither a “hero” nor “broken.” Jeb Herrin says in most cases that sentiment presents a false choice that has served to perpetuate stereotypes about people in uniform. “Ninety-eight percent of us are middle of the road.  For me, I joined for college money and a little bit of tradition,” said Mr. Herrin, who served two tours in Iraq as a combat medic. | WBIR >>