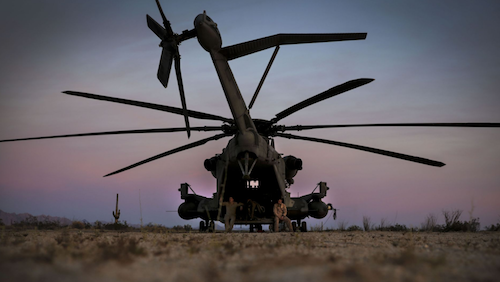 A Medal of Honor recipient’s ongoing burden
On his third combat tour Sgt. Clint Romesha, by his own description “a tiny cog nestled deep inside … (the American) war machine,” earned the Medal of Honor for his actions in Afghanistan. Now sporting a full beard, he tells audiences wearing the medal is a burden. | CBS News >>

Where Are the Veterans in Office? Path from Combat to Congress Fading
Today, the veteran-turned-politician is a far rarer breed, at least at the national level. Stats show a steady decline in the number of veterans elected to Congress, raising concerns an important perspective increasingly is missing from the halls of Capitol Hill. | Military.com >>

Afghan security forces have been battling to push back Taliban fighters seeking to cut off the capital of the southern province of Uruzgan, officials said on Sunday. | Reuters >>

Two brothers from suburban New York City have each been awarded a Bronze Star for their service in Afghanistan. The Journal News reports Sunday that Staff Sgt. Richard Pisano Jr. and 1st Lt. Nick Pisano were awarded the honor in March. | Associated Press >>

The Americans jotted notes in green field books as the Afghan commander, speaking in Dari and through an interpreter, explained his efforts to set up military checkpoints and supply routes for his troops. | San Antonio Express-News >>

A pair of suicide bombings in southern Iraq killed at least 11 people and wounded 13 others, including children. | CNN >>

Organisers used loudspeakers to call an end to the sit-in in the Green Zone. Earlier, Prime Minister Haider al-Abadi ordered the arrest of those who had stormed parliament. The demonstrators, mostly supporters of Shia cleric Moqtada Sadr, were angered by delays in approving a new cabinet. | BBC >>

Iraq’s oil exports approached a record high in April, adding barrels to a worldwide supply glut, even as protests against public corruption threatened to paralyze the government of OPEC’s second-largest producer. | Bloomberg >>

Moscow defended its intercept of a U.S. reconnaissance plane over the Baltic Sea on Friday, saying it took the action because the aircraft turned off its transponder. | USA Today >>

The Air Force is preparing to move a special operations squadron of 10 CV-22 Ospreys to a base in Japan, where they will be on the frontlines of the United States’ mounting standoff with China and North Korea. | Air Force Times >>

It helped a former Army Ranger who had nightmares about his time serving in Somalia. It helped the Iraq veteran whose friends asked unwanted questions about his experience overseas. It helped Biever, a Vietnam veteran, himself. | Northwest Herald >>

“When you’re in the water, there’s a peace,” said Humphrey, who spent 24 years in the military. “There’s no gunfire. There’s nobody giving orders.” | Newsday >>
Sierpowski, now 34, said this in the Montclair law office of Michael Pasquale, who runs the non-profit organization Officers of the Courts Corp. (OCC), which gives free legal services to injured military people and veterans seeking benefits due them for the sacrifices they’ve made. | NJ.com >>

President Obama’s plan for fighting the Islamic State is predicated on having a credible and effective Iraqi ally on the ground in Prime Minister Haider al-Abadi. | Stars and Stripes >>

Nearly a year after the terror attack that left five service members dead in Chattanooga, Tennessee, the Pentagon remains unsure whether allowing recruiters and other vulnerable military personnel to carry guns is a viable and effective way to improve security at recruiting stations and other remote work sites. | Military Times >>