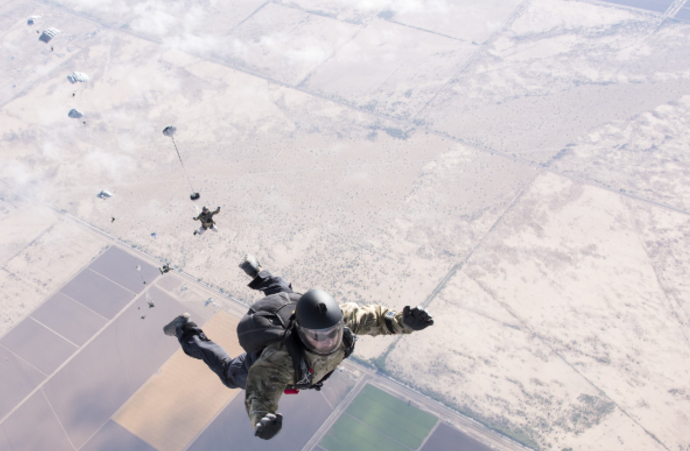 It’s a far cry from his undergraduate days at Hampshire College, where he researched ways to slow or stop the aging process. Now 57, Shulkin no longer participates in clinical research, but he oversees a research budget of $673 million, which includes a spate of new clinical investigations into the brain health of veterans. | STAT >>

“There’s a bit of an issue in the part of this bill that deals with grievance process after a senior executive action and directs that the secretary will ensure that the grievance process is handled by a VA employee,” Meghan Flanz, acting general counsel for VA,  told the Senate Veterans Affairs Committee during a May 17 legislative hearing on the bill. “That would put an inferior officer, not a presidentially-appointed, Senate-confirmed individual in a position of reviewing decisions by the VA secretary.” | Federal News Radio >>

He’s one of the first cohort of former military leaders to embark on a fast-track leadership program, similar to the one Amazon has created for grads from top business schools. It’s expected to put him on a path toward the top ranks at the e-commerce giant’s ballooning empire. | Seattle Times >>

US leadership of the international coalition against Isis has brought Iraq to the brink of defeating the terrorists who took control of a third of the country. Thanks to the efforts of the Iraqi security forces, the Peshmerga and Hashd al-Shaabi, Isis will soon be pushed out of Mosul. Iraqi Prime Minister Haider Al-Abadi deserves credit for seeing the campaign through. | Financial Times >>

After joining the uniformed ranks of another 26 women, typically between 18 and 30 years old, it didn’t take long for the now 24-year-old Capt. Astana to realize she wasn’t alone. An estimated 100 Afghan soldiers a day die protecting their country from encroaching insurgency, every day leaving scores of widows with little means but to find alternative ways of making ends meet. | Fox News >>

Military operations like the one in al-Rifai this week are accelerating in Mosul as part of a drive to retake the handful of districts still under IS control before the holy month of Ramadan begins at the end of May. And despite recent allegations of increased civilian casualties, advances on the ground continue to be backed by heavy airstrikes and artillery. | ABC News >>

The ERI, the umbrella under which funding for European support has been funneled following Russia’s invasion of Ukraine in 2014, was more than quadrupled from 2016 in the 2017 request going from $789 million to $3.4 billion. The Pentagon’s overseas contingency operations request amounts to $64.5 billion. The Army’s slice of that is $28.9 billion. | Defense News >>

The airstrike occurred near a low-key training facility used by U.S. troops northwest of At Tanf, a town about 20 miles from the border, officials said. They described the aggressors as “pro-regime” but not directly associated with the Assad government – noting also that Russian military forces attempted unsuccessfully to call off the advancing convoy after it had crossed “well inside an established de-confliction zone.” | Military Times >>

CBS will remain the TV home of the Army-Navy football game through 2028. CBS Sports and the service academies on Thursday announced a 10-year agreement that extends the network’s media rights deal for the annual football rivalry game. The Army-Navy game has been aired on CBS every year since 1996. | The News & Observer >>

Like most Veterans, Joshuah joined the service straight out of high school mainly from feeling that there was little to look forward too if he stayed home. Describing his experience in the Army was a positive one that he enjoyed. The best part of his military career was being able to travel, even though he witnessed the horrors of poverty in third world countries, he is grateful for having his knowledge of the world expanded upon. This experience he carries as a reminder and perhaps one that molded his characteristics. | Devil Dog USA >>

Hale actually finished his degree in December 2016, and just a month earlier, gave a Veterans Day ceremony speech to an attentive audience on Beinecke Plaza. During his speech, he remarked that being at Yale at age 18 “would have been impossible.” His admission through Yale’s  Eli Whitney Program, he says, was only possible because of one of many “interventions” in his life – serving in the U.S. Marine Corps. The Eli Whitney Program allows individuals with high academic potential whose educations were interrupted for five or more years to earn an undergraduate degree from Yale College. | Yale News >>

Bird joined the U.S. Air Force in June of 2001, just before September 11, 2001. Now back at home, he’s a big fan of Hy-Vee’s take and bake pizzas. He gets them at a discount for working at the store at 53rd and Utica. Instead of taking the pizzas home and cooking them for his family, Nathan gives them to the homeless at Kings Harvest Ministries. | WQAD >>