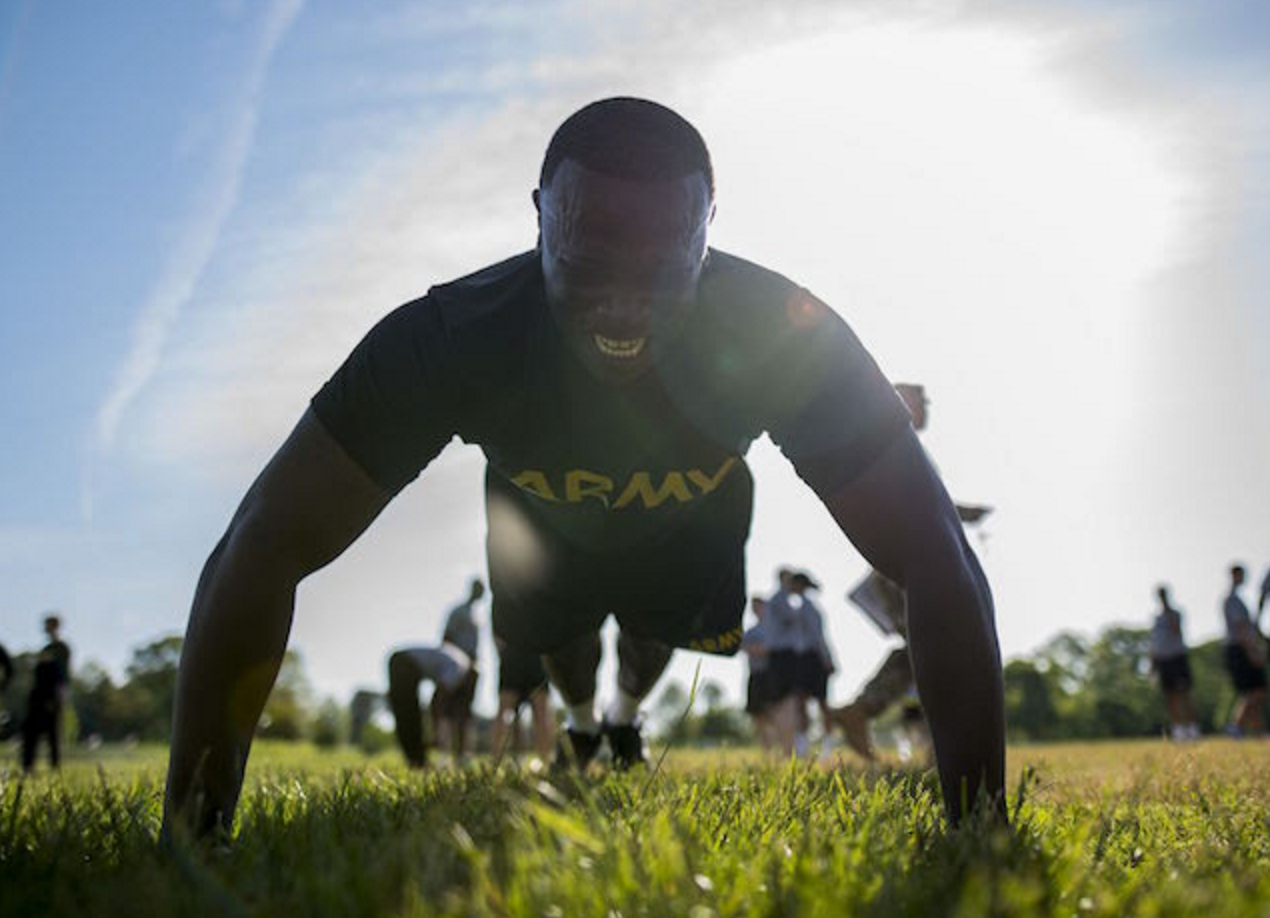 Many Iraq, Afghanistan Vets Reporting Chronic Illness Symptoms
A majority of veterans returning home from Iraq and Afghanistan are reporting symptoms of a condition known as chronic multisymptom illness (CMI), according to a new Veterans Affairs study of more than 300 enlisted Army National Guard and Army Reserve troops. The data was collected one year after their return. | Psych Central >>

Despite $10B ‘Fix,’ Veterans Are Waiting Even Longer To See Doctors
The VA claims there has been a massive increase in demand for care, but it’s apparent the problem has more to do with the way Veterans Choice was set up. The program is confusing and complicated. Vets don’t understand it, doctors don’t understand it, and even VA administrators admit they can’t always figure it out. | NPR >>

Veterans: Learn to Tell Your Story in a Job Interview
In order to successfully navigate the interview, the veteran candidate needs to show that they can do the job, will do the job and that they will fit in the team and company cultures. The candidate must know their own story cold and show how that narrative addresses the interviewer’s questions. | U.S. News & World Report >>

President Ashraf Ghani is moving closer to a peace deal with the leader of a militant group that, though largely inactive now, was a powerful force during Afghanistan’s civil war in the 1990s. The deal with warlord Gulbuddin Hekmatyar’s Hezb-i-Islami group could serve as a potential blueprint for a more complicated deal to end the 15-year war with the Taliban, political analysts said. | Boston Globe >>

Since he first picked up a gun as a 15-year-old, Abdul Basir has killed a lot of people. Yet the operation on Friday night was different: He was out to kill his son. Around midnight on Friday, Mr. Basir, now in his 40s and the commander of a government militia in the northern Afghan province of Faryab, arrived at a compound in an area called Zyaratgah, part of the restive Qaisar District. He had intelligence that his 22-year-old son, Said Muhammad, a hardened member of the Taliban, was there with several of his fighters. | New York Times >>

After bombings in Kabul these days, new concrete blast walls go up, taller than the ones before. Streets leading to V.I.P. homes are blocked to traffic. To drive in certain neighborhoods is to delve into a frustrating game of maze navigation, with surprise barricades popping up overnight. | New York Times >>

The Obama administration’s diplomatic point man in the fight against the Islamic State group (ISIS) said Sunday that the extremists have been losing control over territory and that “this perverse caliphate is shrinking.” Brett McGurk, presidential envoy to a 66-member anti-ISIS coalition, also told a news conference that the tide has turned in the ideological battle against the extremists. | AP >>

Islamic State has taken credit for demolishing the Assyrian Mashki Gate in Iraq’s northern province of Nineveh, in another example of the destruction of priceless antiquities in areas under the Jihadist group’s control. | Bloomberg >>

The United States and its allies conducted 14 strikes against Islamic State in Iraq and Syria on Sunday, the coalition leading the operations said. In a statement released on Monday, the Combined Joint Task Force said six strikes near four cities in Syria struck three tactical units and a financial headquarters and destroyed a vehicle, a rocket rail and four fighting positions. | Reuters >>

At a time of drawdown and competitive retention screenings for officers and NCOs, it is no time to get “flagged” for running afoul of service standards for behavior, physical fitness or job competency. The regulation governing the suspension of favorable personnel actions, or “flags,” has been updated so that it lays out in explicit detail the circumstances that can hurt a soldier’s standing with the Army. | Army Times >>

Marines’ worn-out equipment is not being replaced quickly enough, Commandant of the Marine Corps Gen. Robert Neller said Monday, calling the Pentagon’s process for fielding new gear “too slow.” New technology takes so long to test and evaluate that it can be obsolete by the time it actually hits the fleet, Neller said at the Navy League’s Sea-Air-Space exposition outside Washington, D.C. | Marine Corps Times >>

Citations for two Navy Crosses and more than 100 Silver Star medals awarded secretly to Navy SEALs and a Marine for “extraordinary heroism” in the last 15 years reflect the fierce battles that have been fought in Iraq and Afghanistan, according to records obtained by USA TODAY. | USA Today >>

An often-cited and alarming statistic states 22 U.S. service veterans take their lives every single day. For many veterans, it’s difficult to transition back into civilian life after seeing war. “I try not to lose any more,” Allen said in his office, which is in the Crossroads Area Veterans Center. The veteran service center in the Dr. Pattie Dodson Public Health Center opened in November. | Washington Times >>

Winding across 144 miles of Indiana state highways stretching from Fort Wayne to Indianapolis, a group of veterans and supporters ran three days to remember fallen soldiers. The Indiana Run for the Fallen tasked a group of 17 core runners to run one mile for every Hoosier soldier who was killed in the war on terror. At each mile the runners stopped to read aloud the name of a soldier and meet with the soldier’s family. | The Herald Bulletin >>

Two men are making a trip across the country, biking 2,700 miles to raise awareness about veteran suicide and divorce rates. Michael Priddy and David Allison said 22 veterans take their lives every day, and 80 percent of combat veterans go through a divorce. But they’re determined to change that. | Fox 21 News >>

Both congressional chambers have a light hearing schedule this week but there are plenty of defense issues to keep lawmakers busy. The full House membership will begin debate on the annual defense authorization bill on Tuesday, almost three weeks after its armed services committee marked up its draft and just a few days after the Senate Armed Services Committee unveiled its version. | Military Times >>

LaVerne Council, CIO of the Department of Veterans Affairs, goes inside the agency’s efforts to make its services work better together. | FedTech Magazine >>

Matthew and Tracy Keil are lobbying on Capitol Hill, but it certainly hasn’t been an easy journey. Matthew is a paraplegic. The former Staff Sergeant was serving his second deployment in Iraq in 2007 when he was shot by a sniper in the neck. Matthew was instantly paralyzed. He had been home for a few months just before that, to get married. But he and his new wife couldn’t have children because of his injury. | WAAY-TV >>