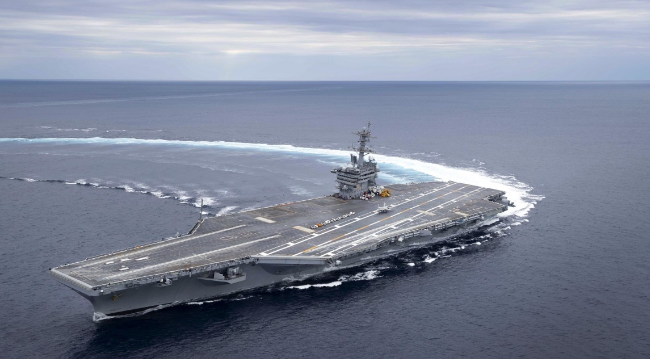 The 10-point VA plan was recently removed from Trump’s campaign website along with a host of other documents from last summer and fall. Trump’s re-election campaign said the changes were made to help better inform the public with “fact-based information” on Trump’s accomplishments, in preparation for the 2020 campaign. | Military Times >>

The bipartisan deal on Capitol Hill followed a fresh warning from the VA inspector general of continuing patient safety problems at another facility, the VA medical center in Washington D.C. After uncovering serious problems there last month, the IG’s “rapid response” team visited the facility again on Wednesday and found at least two new instances in which patients were “placed at unnecessary risk.” | Chicago Tribune >>

“This is a continuous problem of people finding themselves in economically difficult situations and then being out on the street or going from shelter to shelter,” Shulkin said. Homelessness among veterans has been effectively ended in Virginia, Connecticut and Delaware and in more than 40 communities. The outgoing head of the VA, Robert McDonald, said in January that “we should be there” nationwide within a couple of years. | Business Insider >>

An Afghan official says at least three civilians have been killed in the capital Kabul after their vehicle was attacked with a sticky bomb. Najib Danish, deputy spokesman for the interior ministry, said the victims of the Saturdayattack are two female government employees from the water supply department and a small child. A sticky bomb is a type of grenade designed to be attached to a vehicle. | Fox News >>

One of the bodies, partially charred, lies face down; by his chest is webbing where he had kept magazines for an automatic rifle. The other, with long matted hair, faces the Humvee’s bullet-pocked windshield. His ragged pants are pulled down around his knees, a piece of green and yellow electric wire loosely wound around his ankles. | CNN >>

When you spend enough time in Iraq and Afghanistan, the scenery starts to overlap, and you can forget which theater you’re currently in. Especially when the Danger Rangers all start to look the same. That was the feeling freelance reporter Courtney Body got Wednesday, when she spotted something in Iraq that didn’t want quite belong. | Task and Purpose >>

Francona – the son of Cleveland Indians manager Terry Francona – told MLB he thought the Dodgers pushed him out of his job as assistant director of player development after he went for an assessment at Home Base, a Boston-area organization that helps vets deal with so-called invisible wounds of war. | The New York Post >>

“That was the uniform of the ‘Greatest Generation.’ There was a lot of prestige and honor associated with that. The American public identified with that uniform,” he said. “We think that is more appropriate than trying to create something new.” The board  – made up of leadership from across the Army, as well as a couple junior enlisted soldiers – is set to meet later this month, Dailey said.  | Army Times >>

The commercial – called “Battle Up” – shows a young girl standing up to bullies, playing rugby in the rain and growing up to be a Marine. In the ad, she powers through an obstacle course and engages in a firefight as a voice-over describes the “fighting spirit.” In the final scene, she helps with outreach to the homeless. | NPR >>

Today, over 500 vets showed up in silkies and now it’s turned into a veteran’s movement of humor and camaraderie that is helping to save those who’ve served. Wearing nothing more than silkies made famous by the U.S. Marine Corps participants hiked roughly 10 miles while carrying heavy backpacks some weighing close to 50 lbs. | Fox 5 San Diego >>

“While growing up, my favorite part of dad’s farm was the cow pasture. So, it was kind of a coincidence when I began looking for a group of cows, after my first tour in Iraq,” he said. “I was looking through the ads and discovered a group of cows for sale that was the exact number of animals I was looking for and the price was reasonable.”  | Cedar Valley Business Monthly >>

When you get out, you don’t really have a path to go on,” Brown said. “In the military, we are given a path and instructions of where to go and when. But once you get out, it’s like ‘good luck you are on your own now’ and some kind of fall by the wayside.” It’s a reality that many veterans face upon returning to civilian life and one that Wright has experienced firsthand. | Stripes Okinawa >>