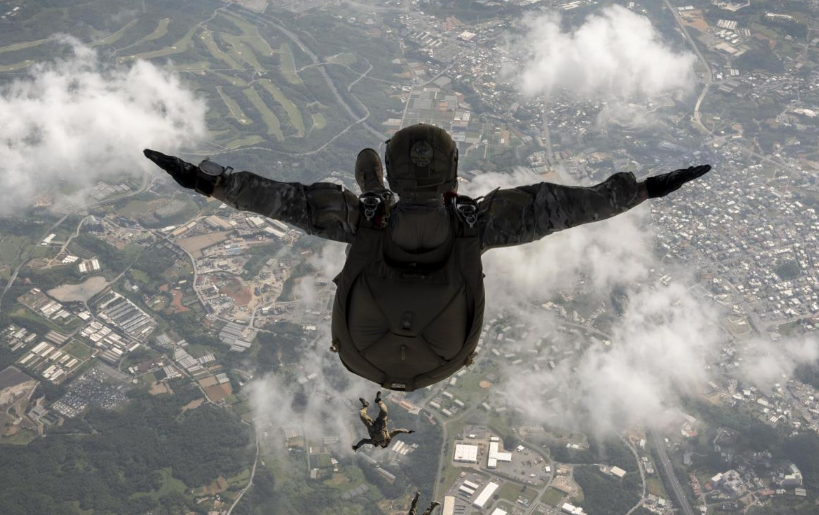 Today’s Top Stories And this is the Call-In. Today we’re talking about veterans’ health care. In recent years, the VA has developed a reputation for red tape, long wait times and lapses in care. So we asked you to share your stories about getting the care you need from the VA. | NPR >>

In an interview broadcast Sunday on AM 970 in New York, Blumenthal said he is demanding accountability from the VA on veterans’ suicides and the care offered to members of the U.S. military. Blumenthal said that outside contractors are not qualified to handle the veterans crisis line. The Democratic senator called for “real action” over rhetoric, noting there is a bipartisan effort in Congress to address the issue. | The Hill >>

“I had seen the signs and symptoms while I was in the Marine Corps but kind of ignored them and pushed them away,” said Bratton, who added that the symptoms dramatically altered his life. “Depression and anxiety. Not wanting to be around large crowds with people. Loud noises. I would break out in sweats, looking at rooftops and being leery when I was driving. Always being skeptical of people and not trusting.” | KGW >>

“1st Lieutenant Wes Lee was an extraordinary young man and officer.  He was exactly the type of leader that our Paratroopers deserve,”  Col. Pat Work, commander of 2nd Brigade Combat Team, said in the statement.  “Our sincere condolences and prayers are with his family and friends during this difficult time.” | The Washington Post >>

Though ISIS has failed to control big chunks of land in Afghanistan, the terror group continues to be a potent threat. It is continuously trying to gain a foothold in the area while launching deadly, destabilizing attacks in Kabul. America launched its war in Afghanistan in October 2001 with the goal of ensuring the region was never again used as a haven for terrorism. | Military Times >>

Thirty-six members of the Yazidi religious minority are free after nearly three years in the hands of so-called Islamic State (IS), the UN says. They have been taken to UN centres in Dohuk in Kurdish northern Iraq. It is unclear whether they escaped in Iraq or were freed, as the UN declined to give more information to avoid jeopardising future releases. IS killed and enslaved thousands of Yazidis after seizing the northern town of Sinjar in 2014. | BBC News >>

Officials at the Marine Corps’ training base in South Carolina say half of 24 hazing complaints investigated since 2014 have been confirmed. The Island Packet and The Beaufort Gazette reported Saturday that documents obtained through a public records request show the complaints involve all four of Parris Island’s training battalions. | Marine Corps Times >>

The U.S. Marine Corps has returned to Helmand, the restive province in southern Afghanistan where it fought years of bloody battles with the Taliban, to help train Afghan forces struggling to contain the insurgency. Many of the 300 Marines coming to Helmand as part of the NATO-led Resolute Support training mission are veterans of previous tours in the province, where almost 1,000 coalition troops, mostly U.S. and British, were killed fighting the Taliban.  | Reuters >>

The Air Force football team will visit to the White House this week to be honored as winners of the Commander-in-Chief’s Trophy. The Gazette reports that the Falcons are scheduled to fly to Washington, D.C., on Monday and meet President Donald Trump at the White House on Tuesday. | USA Today >>

“It means so much to be able to be a mentor to the girls and let them know what a veteran looks like, that this is what a veteran acts like, and that women can do just as many great things in the military as the men. So we couldn’t be more excited to be here,” Bannister said. | Bradenton Herald >>

There was the guy in Norfolk, Virginia, who heard of the ride and sent him $200. When Romberger called to thank him he learned the man was dying of a form of leukemia he believed had been caused by Agent Orange but that had not yet been classified as such because there hadn’t been enough cases for the Department of Veterans Affairs to study. He was hoping the government could make that connection in time to add his wife to his survivor’s benefits.  | NBC4 >>

He said each time he’s able to help another veteran they both get emotional. “Most of these veterans I talk to are very moved, very emotional about it,” Matthews said. “It’s a good service to them, so I’m going to keep working on it. I’m looking for funds and I’m looking for more dentists.” | Herald Extra >>