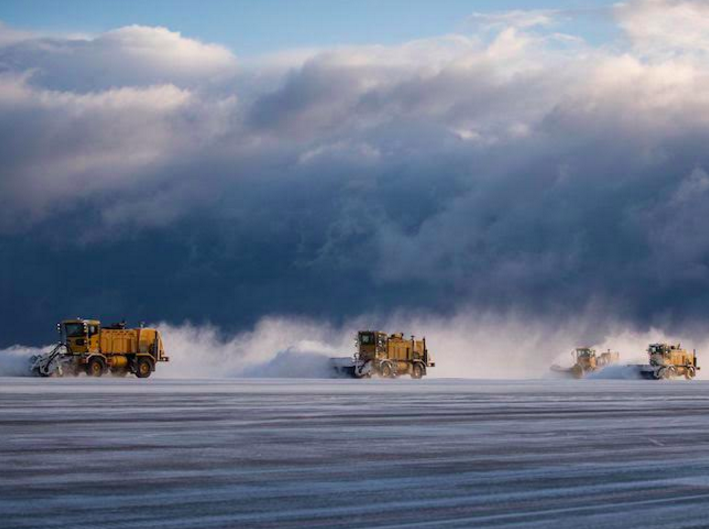 Post-9/11 vet unemployment again nears historic low in February
The unemployment rate for post-9/11 veterans fell to a near-historic low in February, hitting 4.7 percent, government data show. That figure, down a full point from the January rate of 5.7 percent, matches the unemployment rate for the youngest generation of veterans charted in August, which was the all-time low at the time it came out. Since then, the October rate set a new all-time low, then the November rate beat October’s number. | Military Times >>

Congressional Hearing Led By Rep. Coffman Examines Vets’ Pain Management
Veterans Administration officials from New Hampshire and Vermont say the VA is making progress in reducing opioid use among their patients, but members of Congress studying the issue say they remain concerned that successful approaches aren’t being widely shared. | AP >>

VA touts interoperability progress in congressional testimony
The Department of Veterans’ Affairs and the Department of Defense are moving forward on electronic health record sharing, despite previous setbacks, according to testimony from VA officials this week to Congress. | FierceHealthIT >>

Afghanistan’s President Ashraf Ghani said on Sunday that the Islamic State group has been defeated in the eastern parts of the country, where it had taken over some remote districts. Speaking at the opening of parliament, Ghani said Afghan forces had dislodged IS loyalists from regions of Nangarhar province bordering Pakistan. | AP >>

Clouding hopes for an end to the escalating violence in Afghanistan, the Taliban on Saturday said its leaders would not sit down for scheduled face-to-face talks with the Afghan government. | LA Times >>

The United States has now spent more money reconstructing Afghanistan than it did rebuilding Europe at the end of World War II, according to a government watchdog. The Special Inspector General for Afghanistan Reconstruction (SIGAR) said in a statement to Congress last week that when adjusted for inflation the $113.1 billion plowed into the chaos-riven country outstripped the post-WWII spend by at least $10 billion. | NBC News >>

ISIS has claimed responsibility for a suicide attack in a city south of Baghdad that killed at least 35 people, Iraqi police officials said. At least 105 others were wounded in the attack, which targeted one of the busiest checkpoints in Hilla, according to police officials in the city. The roads beyond the checkpoint lead to the Shiite holy cities of Najaf and Karbala. Hundreds of thousands of Shiites visit those two cities every year. | CNN >>

An advanced U.S. Army reconnaissance aircraft crash-landed in a field outside of Irbil in Iraqi Kurdistan on Saturday morning. A statement from the U.S.-led coalition in Iraq confirmed the crash as an “off-airport emergency landing in a field northwest of Irbil.” None of the four passengers were injured, and the aircraft has been secured by U.S. and Kurdish forces. | Washington Post >>

It will take many more months to prepare Iraq’s still struggling military for a long-anticipated assault on the Islamic State group’s biggest stronghold in the country, the city of Mosul, U.S. and Iraqi officials say — and it may not even be possible to retake it this year, despite repeated vows by Prime Minister Haider al-Abadi. | AP >>

The Army cannot single out a captain who is Sikh for special testing to decide whether his hair, turban and beard interfere with the fit and functioning of his helmet and gas mask, a federal judge has ruled. | New York Times >>

The Navy is giving another chance to thousands of sailors who otherwise would be kicked out for repeatedly failing their physical fitness tests because they exceeded body fat limits. | AP >>

The Corps is asking an unlikely source for help. Commandant Gen. Robert Neller has put out the call for “disruptive thinkers” — Marines who live outside the box, love to challenge the status quo, and are often viewed as trouble makers. | Marine Corps Times >>

Billy DeWalt, a Wake Forest resident, is running in the half-marathon at Sunday’s Tobacco Road Marathon event. He served in the U.S. Army for 10 years until a traumatic brain injury ended his career. He plans to run in 15 half-marathons this year to raise money and awareness for local veterans. | The News & Reporter >>

Josh Collins will brave the South Texas sun, untamed Gulf Coast swells and unpredictable weather as makes his solo trip to Galveston on nothing but a paddle board. The 20-year Army veteran who survived tours in Iraq, Afghanistan and Bosnia will finish his trip in New York City at the Statue of Liberty, traveling 3,500 miles – just him on a paddle board. | Corpus Christi Caller Times >>

More than 30 local organizations took the time to help veterans in need Friday. The Veterans Outreach Center hosted its ‘Stand Down’ event at the Harro East Ballroom in Rochester. The primary focus of the event is to help 500 local homeless veterans. The programs who were on site connected them with opportunities for shelter, education, jobs and other services. | WHAM 13 >>

A former Air Force officer chosen to fix the VA’s problem-plagued suicide hotline has been running other agency phone banks that have a poor record of service, dropping as many as one in five calls from veterans, according to internal data provided to USA TODAY. | USA Today >>

An internal watchdog for the U.S. Department of Veterans Affairs found patients faced delays accessing care at a suburban Chicago veterans’ hospital, but its report uncovered no evidence supporting a whistleblower’s claim of a scheme to hide the long wait times. | AP >>

Veterans Affairs officials announced changes this week to the reimbursement requirements for the Veterans Choice program, modifications they say will help speed payments to physicians, but they also urged Congress to support legislation that would let VA have greater flexibility to fix the troubled health program. | Military Times >>