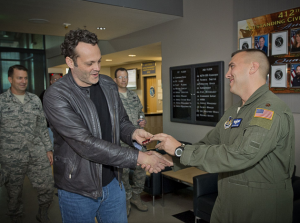 Longtime troop supporter and USO tour veteran Vince Vaughn treated America’s armed forces to an advance movie screening for his upcoming film, “Unfinished Business.” The veteran actor made a special USO visit to Edwards Air Force Base, Calif., on Feb. 28. He received a unit patch from Maj. Chris Wickline to thank him for coming to the base. Dave Gatley/USO >>

At VA Health Facilities, Whistleblowers Still Fear Retaliation
After five suicidal veterans walked out of the emergency room without getting help during a single week in January, Brandon Coleman brought his concerns to his supervisor at the VA Hospital in Phoenix. Coleman, a therapist and decorated veteran, urgently warned that there was a broader problem with how suicidal patients were being handled. Washington Post >>

DoD wants more details on proposals to overhaul retirement, health systems
Pentagon officials are raising questions about the conclusions reached by a blue-ribbon commission and its proposal to overhaul the military retirement and health care systems, a top defense official said. | Military Times >>

Study: Warriors May Not Recover From Concussions As Quickly As Athletes Do
A fifth of all servicemembers who served in Iraq and Afghanistan suffered concussions, mainly from being close to explosive blasts from roadside bombs. Doctors often refer to sports injuries to seek treatment options for the so-called signature wound of the long wars. | St. Louis Post-Dispatch >>

AFGHANISTAN
Early one cold January morning on the high plains of eastern Afghanistan, Maj. Mohammad Qasim and a few of his officers gathered in the rundown barracks that serve as a district headquarters for the Afghan National Police in Baraki Barak. | New York Times Magazine >>

On the face of it, prospects for lasting peace in Afghanistan look as bleak as at any time in the 13 years since NATO-led forces ousted the Taliban-only for them to regroup in a long, bloody insurgency. Last year a record 3,700 civilians died in the fighting. As America and other NATO countries pull out their troops, Afghanistan’s own army, less well trained and equipped, is being hammered. It has struggled to find enough recruits to replace those who die or desert. And now the Taliban and other insurgents are preparing for a spring offensive. | Economist >>

Afghanistan and Pakistan are breaking off with the past, attempting to secure peace along their communal border. Since his September 2014 inauguration, Afghan President Ashraf Ghani has visited Pakistan, promising a break from the dissension of his predecessor, Hamid Karzai, and sent several delegations there on his behalf. | Foreign Policy >>

IRAQ
At a time when President Obama is under political pressure from congressional Republicans over negotiations to rein in Tehran’s nuclear ambitions, a startling paradox has emerged: Mr. Obama is becoming increasingly dependent on Iranian fighters as he tries to contain the Islamic State militant group in Iraq and Syria without committing American ground troops. | New York Times >>

Congressional work on a new authorization of U.S. military forces in Iraq is finally underway, and supporters are still confident that the debate has critical significance even as fighting in the Middle East carries on without them. | Military Times >>

MILITARY AFFAIRS
The impasse has ended. The Homeland Security Department is not shutting down. What does that mean for the department and its 225,000 employees? For starters, 30,000 workers will not be forced to take unpaid furloughs next week, and the remaining employees will not have to report to work without pay. | Defense One >>

The French government awarded its highest decoration Wednesday to four World War II veterans from Western Pennsylvania and more than a dozen others from across the country, honoring their service in the liberation of Europe from the Nazis. | Pittsburgh Tribune-Review >> 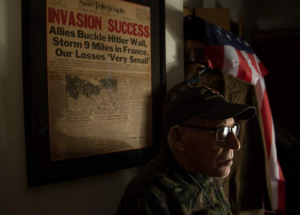 A U.S. veteran is putting out a call to fight the Islamic State on the extremists’ own turf. | USA Today >>

NEW GREATEST GENERATION
The Pentagon is getting its first-ever social media maven.The Defense Department already boasts more than 800,000 Facebook “likes” and almost as many Twitter followers – and even maintains a presence on Instagram and Pinterest. | Defense One >>

The moment Sgt. Cory Muzzy dreams about hasn’t arrived. He’s spent the last eight months undergoing surgeries and tenaciously pushing himself during rehabilitation appointments – all for the moment he will be able to walk on his own again. | Fayetteville Observer >> 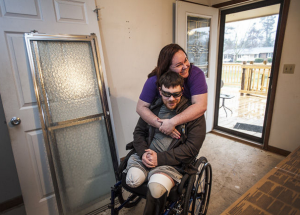 Sara Creech has grown dependent on farming. She started out planting an orchard of fruit trees: apples, peaches, cherries and pears. She added berry bushes and rows of vegetables. | NPR >>

Veterans Affairs Secretary Bob McDonald at a congressional hearing Wednesday laid out a vision for the future of his department that includes far fewer VA facilities and a more “hybrid” approach to veterans health care that will involve both public and private resources. | Defense One >>

In the return to civilian life, many women find that veteran services fall short of their needs. Unemployment rates for female veterans are higher than for other women, as well as for male veterans. Female veterans are at least twice as likely to be homeless than women who haven’t worn a uniform. Special correspondent Gayle Tzemach Lemmon reports on the challenges they face . | PBS News Hour >>

Speaker John Boehner (R-Ohio) and a bipartisan group of senior lawmakers are stepping up the pressure on President Obama to provide weapons to Ukraine’s military to fend off Russian-backed separatists. | The Hill >>