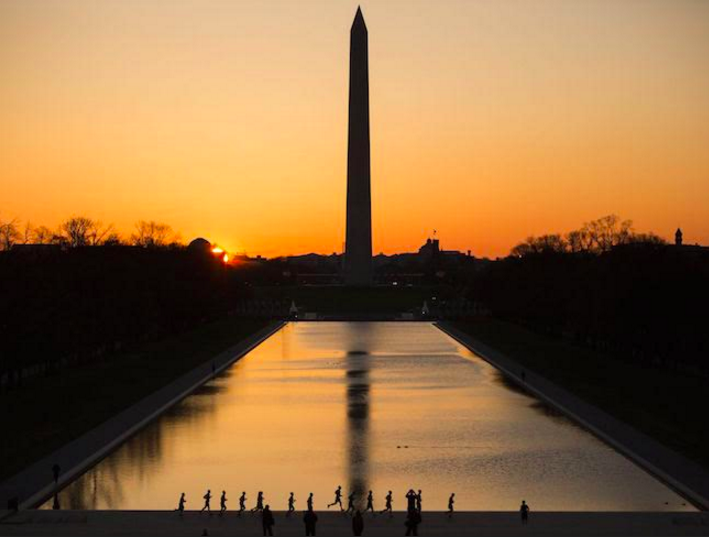 Why more veterans are abusing opioids – and the push for alternate treatments
Veterans of the armed forces are some of the worst abusers of prescription opioids because such drugs have been seen by many doctors as the only way to treat a variety of post-combat ailments. | Christian Science Monitor >>

Sen. John McCain calls for universal, permanent VA Choice Card
Arizona Sen. John McCain unveiled a new action plan for the U.S. Department of Veterans Affairs at a Monday town hall in Phoenix, declaring that after nearly two years of reform efforts “our veterans still have not gotten the care they need and deserve.” The Republican senator’s new initiative calls for the VA Choice Card — which allows some patients to obtain private care at the department’s expense — to be made universal and permanent. | The Arizona Republic >>

Between January 2010 and February 2015, the Defense Department donated roughly $858 million worth of real property to the Afghan government through the transition of military bases it operated in Afghanistan over the course of the war, a government watchdog agency said Monday. | Stars and Stripes >>

A bomb has exploded under a bridge in Afghanistan’s capital, killing one person and wounding nine others. The Interior Ministry says five police officers, including a district police chief, have been suspended over Tuesday’s blast in Kabul and are under investigation for neglecting their duties. | AP >>

The Iraqi army soldiers smoked nervously as they described their ordeal. Sent to clear a village of Islamic State fighters, they found themselves pinned down by sniper fire. A few hours later, after 10 comrades were wounded, they withdrew. | USA Today >>

U.S. warplanes carried out airstrikes around Mosul on Monday in the intensifying effort to set conditions for retaking the ISIS stronghold in northwestern Iraq as part of the overall effort to defeat the terror group that has cost at least $6.5 billion, the U.S. military said. | Military.com >>

Three more Sikh soldiers are suing the U.S. Army to allow them to keep their beards and turbans while serving. “These men are exactly what the Army says it wants: soldiers of integrity, patriotism, and courage,” Eric Baxter, senior counsel at the Becket Fund for Religious Liberty, said in a written statement. | The Hill >>

At 33, Marine Iraq War veteran Jonathan Hancock has seen a lot of the world. A lot of it, like Ramadi, where dozens of fellow Marines fell fighting insurgents 12 years ago, wasn’t pretty. But now Hancock, a Maryland resident, is on a different mission. He’s walking across the country to raise awareness about post traumatic stress disorder and to honor the memories of 34 members of his unit who died during the fighting. | The Sun Chronicle >>

Boise resident and Marine Corps veteran Chip Schultz is participating in an online social media challenge aimed at sparking the conversation about high suicide rates among military veterans. 22 veterans commit suicide each day in the United States, so vets across the country are videotaping themselves as they do 22 push ups for 22 days. | KIVI TV >>

“Being a woman in a man’s army, people are constantly nay-saying you,” said Walsh, who served for eight years in the Army and now studies health and physical education as a junior at West Chester University. “I want little girls to see they can do anything they want to do.” What she wants to do next is become Ms. Veteran America. | Philadelphia Inquirer >>

A pilot program proposing the use of private sector technology to make it easier for veterans to schedule their own medical appointments is gaining cautious support from veterans advocates and Congress. | Federal News Radio >>

For even longer, the soldiers of the Ghost Army have not received the national honor they are due, even as many of them remained humble about their service to their country. Earlier this month, Massachusetts Senators Edward Markey and Elizabeth Warren took steps to rectify that situation. | North Andover Patch >>

Secretary of Defense Ash Carter and Secretary of Veterans Affairs Robert McDonald honored veterans Tuesday at the Vietnam Veterans Memorial. After a wreath-laying ceremony, Carter and McDonald pinned Vietnam War lapel pins on about two dozen veterans lined up along the west wing of the wall. | Stars and Stripes >>