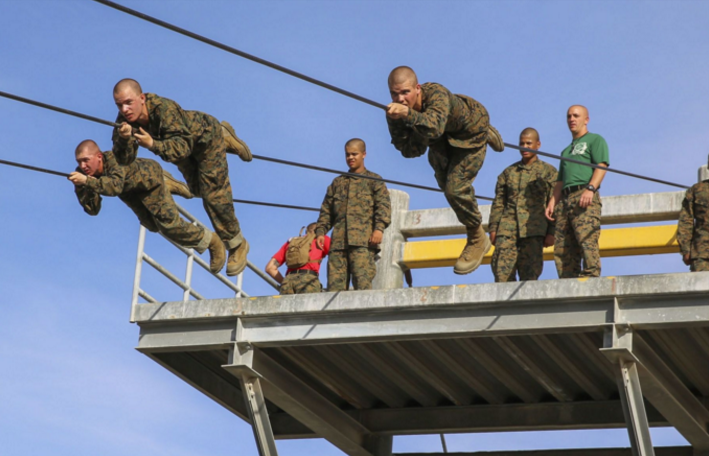 The next president’s military
The leading Republicans want more money, more troops, more equipment and more use of that military might. Democrats aren’t advertising cuts, but they are pushing a philosophy of more military restraint. | Military Times >>

The Story of the Military Child: Why society is getting it wrong and how it’s hurting military kids
A military kid’s life is so much more than deployments and moving. We owe these kids more. We need to talk about the positives of being a part of a military family. But there’s a reason this story doesn’t get as much press; and the result may be causing a lot of unrecognized harm. | Huffington Post >>

VA Investigative Reports Show Massive Wait List Manipulations In Florida
The top Department of Veterans Affairs watchdog is set to release dozens of reports on manipulated wait times at medical centers across the country. The evidence from 11 reports on Florida provided Monday indicates that employees were expected to “game” wait times. | The Daily Caller >>

An Afghan police officer shot dead four of his colleagues at a checkpoint on a remote stretch of a major southern highway, an official said Tuesday. Another 11 officers who were manning the checkpoint when the shooting happened Monday night were still missing, said Gen. Ghulam Sakhi Roghlewanai, police chief of Uruzgan province. | Chicago Tribune >>

Afghan forces have pulled back from strongpoints in the southern province of Uruzgan, continuing a withdrawal which began last month when they abandoned two districts in the neighboring province of Helmand to the Taliban, officials said on Tuesday. | Reuters >>

U.S. cyber attacks to disrupt the Islamic State’s communications and overload their networks could force the militant group to use older technologies that are easier for the U.S. to intercept, Defense Secretary Ash Carter said Monday. | Associated Press >>

Iraqi security forces and Shi’ite militia began an operation on Tuesday to dislodge Islamic State militants from desert areas northwest of Baghdad and cut their supply routes between western Anbar province and the northern city of Mosul. | Reuters >>

The Army is looking beyond carrying out an urgent request to equip Stryker units in Europe with a medium-caliber cannon by scouring the industry for capability upgrades, the Stryker Brigade Combat Team program manager said. | Defense News >>

The GRF, generally a rotating brigade in the 82nd Airborne Division, is the nation’s quick reaction force designed to rapidly deploy in an emergency. As the Spain exercise demonstrated, Army regards large-scale combat jumps as a crucial capability of the GRF. But some consider this tactic to be impractical, disconnected from modern war and an unnecessary expense, if not a virtual suicide mission in a real war. Mass combat jumps have been rare since their introduction in World War II, and rarer still in the last 20 years.  | Army Times >>

For the first time, Air Force F-35A Joint Strike Fighters have dropped bombs during training, the Air Force announced, marking a key milestone in the path toward combat readiness. Airmen from the 388th and 419th fighter wings dropped the laser-guided bombs at Hill Air Force Base in Utah last week. | CNN >>

A dystopian movie about post-apocalyptic desert warfare blew up on Hollywood’s biggest night, with “Mad Max: Fury Road” running away with more Oscar gold than any other film at Sunday’s Academy Awards. Movies by and about real-life war fighters from today’s actual wars, however, did not fare so well.| Military Times >>

“You never know which organization will work best for the veteran,” said Josh Wheeldon, leader of Iraq and Afghanistan Veterans of America (IAVA) in Washington state. He was chatting with other veterans and advocates at the Cask and Trotter in Seattle last Thursday as they shared their experiences over drinks for “Veteran Strong.”| Northwest Military >>

Dozens of wounded veterans and active-duty military members learned how to ski or snowboard during a special adaptive sports program. They said it’s a way to bond with other service members and take their minds off their struggles. U.S. Army Specialist Chad Reynolds has seen a lot in his three tours of duty. | The Sentinel >>

Defense Secretary Ash Carter’s visit this week to Silicon Valley will mean he’s spent more time in California than in Iraq or Afghanistan. Carter’s focus on Silicon Valley has come at the expense of visits to Kabul and Baghdad, where U.S. troops are stationed. | The Daily Caller >>