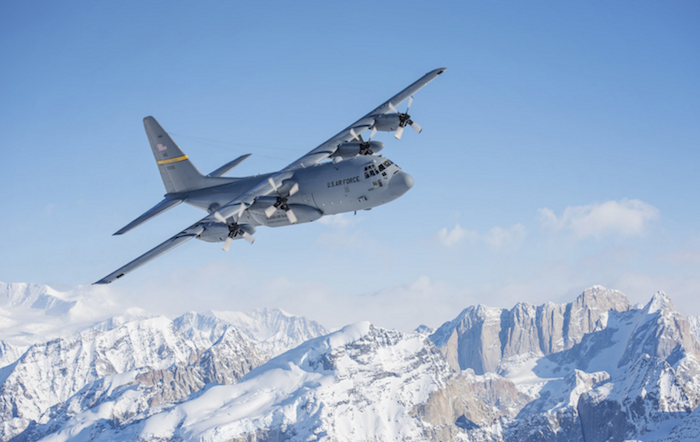 Former service members exposed to contaminated water at Marine Corps Base Camp Lejeune over a 35-year period can now apply for veterans disability benefits, under a new federal rule finalized Tuesday. The move, which comes after a two-month review of the department’s plans, is expected to affect as many as 900,000 veterans and cost more than $2 billion over the next five years. | Military Times >>

“Ensuring there is clarity on VA’s course of action on this matter is essential to veterans and their loved ones understanding what services VA will provide and that individuals in crisis are not further disrupted by bureaucratic obstacles,” stated the letter. “These questions must be addressed quickly, and the answers must be communicated proactively to all veterans immediately.” Half a million veterans have been given other-than-honorable discharges, many after diagnoses of post-traumatic stress disorder or traumatic brain injury. | Charlottesville Newsplex >>

A House bill seeking to end federal checks that prevent more than 167,000 veterans deemed “mentally incompetent” from keeping or purchasing firearms is receiving criticism from some Democrats and former generals. “This would be irresponsible, dangerous, and life threatening to those who need access to care, not weapons,” a group of 14 former military officials wrote to lawmakers in a letter opposing the bill. | Stars and Stripes >>

Iraqi forces backed by a U.S.-led coalition have taken 30 percent of west Mosul from Islamic State militants in an operation launched in October to drive the IS out of its last major stronghold.Malaysian Defense Minister Hishammuddin Hussein said the success of the Mosul operation would drive hundreds of IS militants and sympathizers from Southeast Asia back to their home countries. | Reuters >>

The Taliban have cut off a suspected thief’s hand and foot in public, the latest brutal punishment to be meted out by the Islamic extremists in the growing areas under their control, Afghan officials said Tuesday. | Daily Mail >>

Iraqi troops have surrounded western Mosul and military leaders vow it’s only a matter of time until they crush the last major stand of the Islamic State group in Iraq. But the militants are positioning themselves to defend the remains of their so-called “caliphate” in Syria and wage an insurgent campaign in Iraq. | Fox News >>

Even as the U.S. Army prepares to grow, Lt. Gen. Joseph Anderson still worries about units not having enough time to recover between deployments amid a rising demand for the service to take on more missions. President Donald Trump’s pledge to increase defense spending by $54 billion in fiscal 2018 will allow the Army to go to a 476,000-soldier active force by Oct. 1. | Military.com >>

It’s been a year since the U.S. Army began researching the use of a British-built hoverbike as an autonomous delivery drone for battlefields, and it recently showed off its progress. The Army is hoping to develop the drone so that it can fly supplies to troops in combat zones, removing the need for risky ground transport missions. | PC World >>

The Justice Department unsealed a new indictment Tuesday charging a Navy admiral and eight others with corruption and other crimes in the “Fat Leonard” bribery case. The military personnel are accused of taking bribes from Singapore-based defense contractor Leonard Glenn Francis of Glenn Defense Marine Asia, which came in the form of lavish gifts, prostitutes and luxury hotel stays, according to the indictment. Francis has already pleaded guilty to defrauding the Navy of tens of millions of dollars. | Fox News >>

The five artists hail from across the country and will present their unique collections at the free to attend event. Trish Brownlee’s media altered photographs are printed on handmade paper created from old military uniforms. Stina Oliver’s triptych is comprised of three metal prints with dramatically staged photographs that represent life before, during and after trauma. Teri McCan’s abstract watercolor paintings on canvas use negative space to imply emptiness and incompleteness. Barbara Lee’s series of mono prints depict the possibilities of women and engage the viewer in the process of self discovery. Bert Leaverton’s unique photos feature photography of carefully constructed small scale models that recreate scenes from her time in Iraq. | Broadway World >>

“We are known as a very hard obstacle course race,” said Brian Carney, founder and CEO of Bonefrog. “We don’t share a market with the Warrior Dashes or the Spartan Sprint because we don’t have a lot of the ‘fun’ type obstacles like water slides. It’s more strict military-type stuff.” Carney, a 13-year Navy SEAL veteran, began engineering the company back in November 2012 when he was serving in Afghanistan. After hearing about the growing popularity of obstacle course races back in the states, he thought he could do it better. | Yellowhammer News >>

“So now being in a smaller class you get the direct one-on-one attention that you really need in that transition, because going back to a classroom in a regular university with 300 kids in a hall, it would be difficult to gain that same intimacy and engagement,” said Dustin Chambers, Veterans Education Program student. Airman Dustin Chambers is in the 144th Fighter Wing, but he is also one of the students in rolled in the Veterans Education Program at Fresno State. | KFSN >>