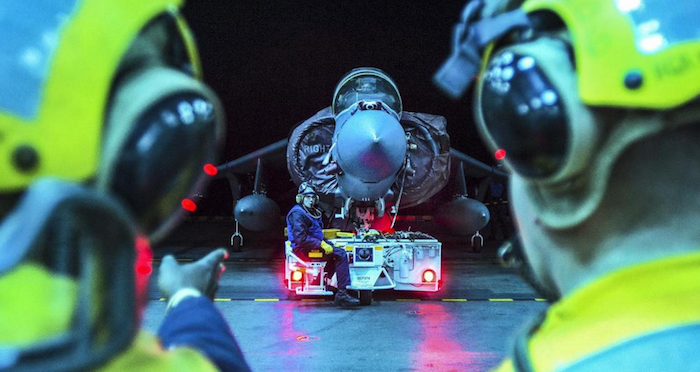 Included in the list for the first time in six years was finding a solution to the ongoing problem of Defense Department’s Survivor Benefit Plan payouts — also known as “the widow’s tax” — which issue letter signers called small in terms of federal spending totals but significant in the impact it has on military families. Veterans groups have pushed for a solution to the problem for almost three decades, calling it an unfair practice that strips thousands of dollars in benefits payouts from veterans’ survivors without good justification. | Military Times >>

Approximately 13 percent of all veterans have received “bad paper” discharges resulting in their exclusion from most federal and state benefits. Despite the fact that it is well documented that the symptoms of PTSD and TBI can lead to high-risk behaviors that cause bad paper discharges, the federal discharge review boards have still failed to consistently account for these likelihoods in their decisions. H.B. 5580 was meant to address this shortcoming. | The Day >>

The concerns were first raised in 2011 by Dr. Lisa Nee, a cardiologist at Edward Hines Jr. VA Hospital, just west of Chicago. Her claims: Veterans were being subjected to unnecessary coronary artery bypass surgeries. She also said that the hospital’s echocardiogram laboratory had a one-year backlog and that many patients had died or suffered complications before their echocardiograms were reviewed. | KSAT >>

“People trust us. They see us as a source of help and pressure,” says Massood Sanjer, 38, a hyperactive, irreverent journalist who has directed and hosted the show since it first aired in 2003. “I get 1,000 calls a day and I have a database of 10,000 phone numbers. We get answers, and we change people’s lives.” | The Washington Post >>

Iraqi forces battling Islamic State faced tough resistance from snipers and mortar rounds on Monday as they tried to advance on Mosul’s Old City and a bridge across the Tigris river in their campaign to retake the western part of the city. Progress by Rapid Response units was slowed by heavy rain on Monday morning, but they were only 100 meters (yards) from the Iron Bridge which connects the Old City with the eastern side of Mosul, military officials said. | US News and World Report >>

Two eyewitnesses to the attack on Monday, one of them an off-duty policeman, said that a Toyota Corolla smashed into the minibus and exploded, engulfing the minibus in flames and burning everyone inside. Other accounts said that a roadside bomb may have been involved. | The New York Times >>

The U.S. Army has opened an investigation into allegations that some active-duty soldiers may be involved in the online sharing of nude photos of their colleagues, Business Insider has learned. The inquiry by the Army’s computer crime investigative unit comes one day after Business Insider reported that the scandal initially believed to be limited to the Marine Corps actually impacts every branch of service. | Task and Purpose >>

If you use prescription painkillers or designer drugs, it’s about to get much tougher for you to join the military. The Pentagon plans to quickly expand the number of drugs in its test panel for recruit hopefuls, a nod to the prescription-painkiller epidemic and recent popularity of synthetic pot. | Military.com >>

Doug, a veteran who lives in Williamsburg, was running for Wounded Warriors. “That’s his cause and he likes to support them,” Laura said. “After this he will be doing a relay race for gold star families in April. I’m so proud of him.” | The Daily Press >>

After serving in the U.S. Army and National Guard, Zuzula returned to his hometown of Auburn with something a lot of veterans suffer from — Post-Traumatic Stress Disorder. He also deals with traumatic brain injury, a dysfunction that causes memory issues. | MLive >>

“No matter whether we’re in service or out of service–some of these guys have been out of the service for 20-30 years–we all still stick together as a community. We all still have that mindset that we’re never going to leave a fallen comrade,” said American Legion Post 5 rider Ryan Abernethy. | Fox 21 News >>