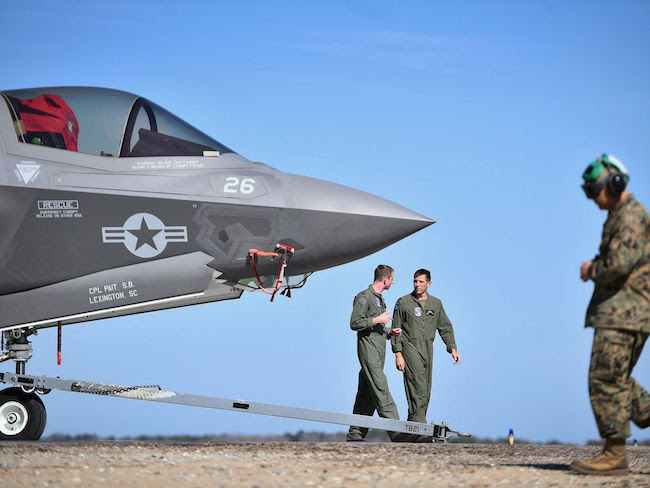 Veterans suicide: ‘We must and will do more,’ VA says
Veterans Affairs Department officials said Tuesday they will make several changes to the department’s suicide prevention programs as part of ongoing efforts to reverse the tide of suicides among military veterans. | Military Times >>

Senate aims to fix ‘broken’ VA Choice program
Senate lawmakers said Thursday that a $10-billion program run by the Department of Veterans Affairs to give veterans outside health care is broken and should be overhauled. Sen. Jon Tester, D-Mont., said he is sponsoring a bill to fix the chronic delays experienced by veterans who use the Veterans Choice program. | Stars and Stripes >>

With More Funding, VA to Cover Vets Requiring Hepatitis C Treatments
The Veterans Affairs Department said Wednesday it will now be able to cover the costs of caring for all veterans with hepatitis C for the current fiscal year, regardless of the stage of the patient’s liver disease. VA Under Secretary for Health Dr. David Shulkin said the expanded care is the result of increased funding from Congress as well as reduced drug prices. | Military.com >>

Dozens of militants have been killed during clashes between rival Taliban factions in the latest outbreak of an insurrection against the group’s leader, Mullah Akhtar Mansoor, which flared up last year when the movement’s founder, Mullah Mohammad Omar, was announced dead. | The Guardian >>

China has offered the Afghanistan army expanded military aid to combat the Taliban, according to the Afghan Defense Ministry, a move that reflects Beijing’s readiness to deepen its engagement with the war-torn country. As WSJ’s Jessica Donati and Ehsanullah Amiri report: | Wall Street Journal >>

Translating the experiences of those who served in the Global War on Terror onto film has yielded mixed results, with many movies focusing on Iraq. The few that do take place in Afghanistan often focus on famous battles or special operations missions. However, the Canadian war drama “Hyena Road” aims to take a more fundamental look at the ground war in Afghanistan. | Task & Purpose >>

Iraq’s military is once again trying to dislodge Islamic State group fighters from the vast Samarra desert, which stretches between newly recaptured territory in Anbar province and the IS-held northern city of Mosul. Yet, as operations move further away from the capital, government forces are increasingly plagued by logistical shortcomings. | Associated Press >>

Ahmad Rasool, 21, was drinking tea with 20 other Kurdish soldiers when Islamic State mortars began to hit. The Kurds were used to such attacks after battling the militants for more than a year, but this one was different: On impact, clouds of what turned out to be mustard gas filled the air. | USA Today >>

Four American contractors were rescued by the U.S. military Saturday after their plane was forced to make an emergency crash landing in northern Iraq, according to a U.S. official. | CNN >>

The US Army chief will take on a much more central role in the service’s acquisition process to include weekly oversight meetings as part of acquisition reforms, according to the three-star general in charge of funding and equipping the branch. | Defense News >>

Defense Department officials are assessing the Navy’s plan to close its remaining Navy College offices this year after concerns raised by colleges that they won’t be able to offer sailor on-base courses. | Navy Times >>

The United States Marine Corps is planning a major rescue operation, but it’s not to save people. Starting this month, 1185 desert tortoises will be airlifted away from their natural habitat in the Mojave Desert to allow the Marine Corps Air Ground Combat Center in Twentynine Palms to expand. | Smithsonian Magazine >>

Tina Leet was helping organize an autograph line so fans could meet Milwaukee Admirals hockey players when something surprising happened. As a member of the Skeleton Krew, it’s her job to clean the rink, pump up the crowd and throw promotional items to lucky fans. But a few people in the autograph line didn’t want their picture taken with one of the Admirals, they wanted to snap selfies with Leet. | The Journal Sentinel >>

It’s a brave and curious thing to put yourself onstage and say, The war broke something inside of me, and I don’t know if it will ever be fixed, and then wait for a laugh — and hope somehow that helps you adjust to civilian life. But that’s the idea behind Comedy Bootcamp, a free course for veterans offered by the Armed Services Arts Partnership (ASAP), a fledgling nonprofit organization. | Washington Post >>

A panel Wednesday brought together female veterans — who only make up 10 percent of the veteran population, according to the Department of Veterans Affairs — to talk about their experiences transitioning to civilian life. | The Battalion >>

The chairman of the House Veterans’ Affairs Committee announced Thursday he will retire from Congress when his term ends in early 2017. Rep. Jeff Miller, R-Fla., who has led the panel since 2011, would have been forced out of his chairmanship role at the end of the year due to Republican-mandated leadership term limits. In a statement, Miller said he felt this was also the right “time to pass the torch” to another would-be congressman. | Military Times >>

The Senate passed a bipartisan bill Thursday to help states and local governments fight Americans’ growing addiction to heroin and prescription painkillers — an epidemic that has caused drug overdose to become the nation’s leading cause of accidental death. | USA Today >>

There is stronger evidence of a link between the herbicide Agent Orange and bladder cancer and thyroid problems among U.S. military personnel exposed to the chemical during the Vietnam War, a new Institute of Medicine report shows. | UPI >>