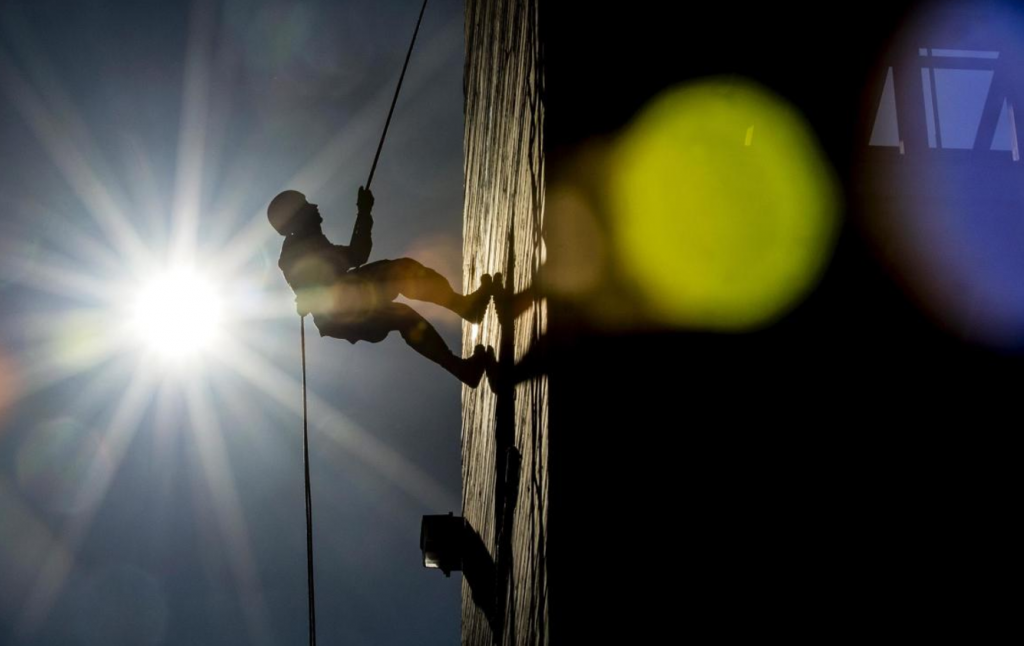 The Department of Veterans Affairs will turn to the private sector to overhaul its electronic health records, and is side-stepping the federal contracting process to do so, VA Secretary David Shulkin announced Monday. The VA will use the same system as the Defense Department and contract with the Kansas City, Mo.-based Cerner Corporation, Shulkin said. | Stars and Stripes >>

All honorably discharged veterans interested in shopping online at the military exchanges can begin their verification process immediately, exchange officials said, and some may be able to shop prior to the program’s full launch. Some veterans who register at  VetVerify.org will be invited to be beta testers, with the ability to shop online earlier than the planned Nov. 11 launch date. Officials said the sooner veterans register on the site, the better their chances of being chosen as a beta tester. | Military Times >>

“There are many taboos being talked about,” publisher Sanjar Sohail told Fox News. “It is really revolutionary work in Afghanistan. In a time when we have warlords like Hekmatyar coming back, young women are making sure that they send a clear message to the world: We are only moving forward.” | Fox News >>

Mosul’s children are bearing the brunt of the intensified fight between U.S.-backed government forces and the Islamic State group in the city’s western half, the United Nations children’s agency warned on Monday. Iraqi forces are in their last push to drive IS militants from the remaining pockets of territory they still hold in the Old City where narrow streets and a dense civilian population are complicating the fight. | The Washington Post >>

The Trump administration is in the final stages of a review of its Afghanistan and Pakistan strategy. There appears to be a consensus in favor of a modest surge of U.S. and NATO forces, perhaps deployed at the brigade or even battalion level with Afghan forces as part of an expanded train, advise and assist mission. Other complementary options are being considered, including a tougher approach toward Pakistan, possibly involving a renewed drone campaign in the country and the option of, down the road, declaring Pakistan a state sponsor of terror. | Task and Purpose >>

At the ceremony, Giffords and her husband, former astronaut and naval officer Mark Kelly, placed a box of personal items under the mast to bring the vessel luck; the objects inside included a patch of the U.S. flag from the launch suit Kelly wore during the final flight of the space shuttle Endeavour and a Purple Heart medal left anonymously at the Arizona hospital where Giffords was treated after being shot. | Newsweek >>

The head of the U.S. Army Pacific met his Thai counterpart in Bangkok on Monday, a rare top-level meeting between the old allies’ militaries since the United States criticized a Thai military coup in 2014. The visit to Thailand by General Robert B. Brown, who is also director of the U.S. Missile Defense Agency in Seoul, comes as the United States looks to reassure allies about its commitment to the region. (Photo Right) | U.S. News and World Report >>

The U.S. Navy announced on May 26 that it was awarding Lockheed Martin a $43.9 million contract for work supporting production and sustainment of the Trident II D5 missile. It was a relatively modest award as these things go, so the announcement went largely unnoticed outside the defense community. | Forbes >>

When he was asked how they chose the four military-veteran competitors for this year’s Fittest Loser Challenge, Push Fitness owner Josh Steckler said he and Daily Herald Media Group Vice President M. Eileen Brown looked first at how committed each applicant was to doing the work and seeing the contest through. | Daily Herald >>

Every year, the nonprofit partners with Skydive Suffolk to offer a free skydive to those who were wounded while serving. The skydiving event is one of the many USO Warrior Week and Patriotic Festival events this weekend. Other activities for wounded vets included adaptive water sports and fishing. (Photo Right) | Military.com >>

A highly decorated officer, Murphy garnered more than 15 awards and medals while serving more than two decades in the United States Army. Those include the Bronze Star, the National Defense Service, the Afghanistan and Iraq Commendation and the Humanitarian Service medals. He served in the Office of the Assistant Secretary of the Army for Acquisition, Logistics and Technology at the Pentagon in Washington, D.C. | The Times and Democrat >>