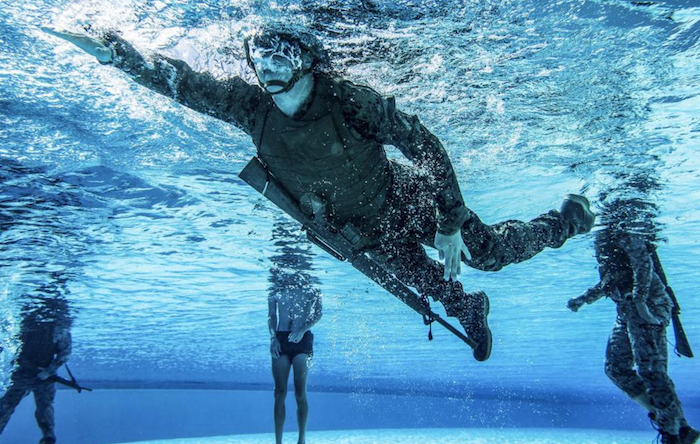 Members of the caucus sent a request Monday to Shulkin to meet with them about ceasing veterans’ deportation and providing earned VA benefits to veterans who have already been deported. The request followed the caucus’ visit to Tijuana, Mexico, on June 3, where they met with veterans who told the lawmakers of their struggles being separated from their families and challenges accessing health care. | Stars and Stripes >>

Following through on a key promise from less than a month ago, Department of Veterans Affairs Secretary Dr. David J. Shulkin today announced a plan to dispose of all vacant VA buildings in 24 months (either by demolishing or setting for reuse). Dr. Shulkin had raised the vacant building issue as a priority in his “State of the VA” address delivered at the White House on May 31. | San Marcos Corridor News >>

The Islamic State on Wednesday night destroyed Mosul’s centuries-old al-Nuri Grand Mosque and its distinctive leaning minaret, one of Iraq’s most famous landmarks, according to an Iraqi military statement. Shortly after the military’s report, the terrorist group used its news agency to claim that the mosque had actually been destroyed by an American airstrike. | The New York Times >>

“DOD procured ANA uniforms using a proprietary camouflage pattern without determining the pattern’s effectiveness in Afghanistan compared to other available patterns,” the special inspector general for Afghanistan reconstruction said in the report. “As a result, neither DOD nor the Afghan government knows whether the ANA uniform is appropriate to the Afghan environment, or whether it actually hinders their operations by providing a more clearly visible target to the enemy.” | The Hill >>

Amid the backdrop of a fight against the Islamic State, the Kurdistan region of Iraq plans to hold an important vote to determine its direction on statehood. Earlier this month, Kurdistan Regional Government President Masoud Barzani announced that a long-awaited referendum on independence would be held Sept. 25, 2017. | The Washington Post >>

The seven sailors who died when the destroyer Fitzgerald collided with a container ship last weekend were a snapshot of the nation they served: an immigrant from the Philippines whose father served in the Navy before him; a poor teenager whose Guatemalan family came north eager for opportunity; a native of Vietnam hoping to help his family; a firefighter’s son from a rural crossroads in the rolling green fields of Virginia. | The New York Times >>

Boxes have been packed and nails stick out from walls where pictures and maps used to hang. U.S. soldiers are getting ready for a historic move from the front lines to new quarters south of Seoul, South Korea, as part of a relocation plan that has been in the works for more than a decade. | Stars and Stripes >>

“It’s very disturbing. We have an executive of one of the five major corporations that has corralled our defense budget,” McCain continued. “And on the major issues that this committee has had hearings about, has had markups about, has reported out of the bill – and you want to find out more information? Not a good beginning. Not a good beginning.” | Defense News >>

“I joke with my Army buddies, I tell them [theory] is like the plane that gets you there,” the 36-year-old former paratrooper, who deployed to Iraq for the 2007 surge, said. “But once you jump out of the plane, everything else is different on the ground. That’s how you have to look at economics.” | The Atlantic >>

A Naval special warfare team member from Chattanooga has co-founded a tech startup for customizable workout supplements. Benjamin Lowry said he served five years in the Navy as Direct Support to East Coast Naval Special Warfare (NSW) units, had three deployments to Afghanistan, set the military sit-up record in Florida, graduated Army Airborne School, tried out for a D1 football team as a veteran, and applied to Y-Combinator. | The Chattanoogan >>

Mark Rockefeller of Street Shares and Nitin Pachisia of Unshackled are both in the business of “affinity-based” investment — that is, they come alongside their specific “tribe” and help support entrepreneurs within that community. Rockefeller helps to “de-risk” lending by using social loyalty, leveraging a veteran-operated business to give small loans to veteran entrepreneurs that banks just won’t invest in. | Entrepreneur >>