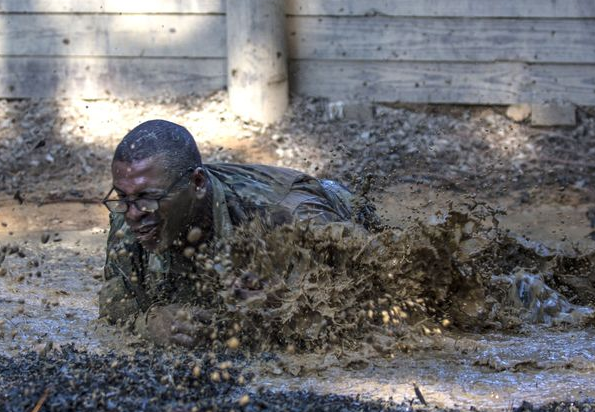 The Washington, D.C.-based Family Research Council sent an email last week to congressional staff working on the final Military Construction and Veterans Affairs appropriations bill, voicing opposition to a provision that would require the Veterans Affairs Department to cover fertility services for former troops with injuries that cause infertility. | Military Times >>

Newman, who served at a missile site in the 1990s, now lives in a barracks-like room, attends daily life-skills classes and meets regularly with men and women traveling the same road, whether it’s at nightly Narcotics Anonymous meetings or on occasional outings such as one a week ago to an Orioles game at Camden Yards. | Baltimore Sun >>

James Denofrio, the Administrative Officer for Van Zandt’s Physical Rehab Department says in 2014, he, his department supervisor, and the hospital’s chief of staff were contacted by the chief medical officer at the Pittsburgh VA Medical Center. He told them to find out why a majority of brain injury patients at Altoona, weren’t getting case management and follow-up. | WTAJ >>

The Taliban on Tuesday ambushed a series of buses and cars in southern Afghanistan’s Helmand province, forcing people out of the vehicles and abducting around 60 passengers, an Afghan official said. The insurgents later said they released all but 27 of those abducted. | The Associated Press >>

Iraq’s armed forces pressed on with their offensive to retake the city of Falluja from Islamic State on Tuesday, dislodging the militants from two eastern districts and pushing them back into a handful of northern and western neighborhoods. A military statement said the elite counter-terrorism forces took the northeastern Shurta police district while units from Baghdad operations command recaptured the Askari military neighborhood. | Reuters >>

“This is concerning given our interests in Afghanistan, but it also requires serious attention due to the presence of U.S. forces and their ongoing mission to train, assist, and advise the Afghan National Defense and Security Forces,” Hunter wrote in the letter to Carter on Monday. | The Washington Free Beacon >>

New physical standards established so women can compete for combat posts in the Marine Corps have weeded out many of the female hopefuls. But they’re also disqualifying some men, according to data obtained by The Associated Press. | Marine Corps Times >>

Photographic evidence is beginning to trickle in, enough to satisfy even the harshest skeptics: Yes, the Army is letting soldiers roll up their sleeves. But don’t go spray-tanning your forearms just yet: There are limits to who, when, where and for how long the sleeve-rolling can take place. | Army Times >>

“If even one life is saved by this, it was worth it,” said Bevis of his campaign to bring awareness to the plight of veterans who suffer from post-traumatic stress disorder. A truck driver with four children, the disabled Columbus veteran began his daily walks on Memorial Day and finished Monday at the National Infantry Center. | Ledger Enquirer >>

“They put me in a medevac vehicle, and the last time they saw me, they didn’t know if I was going to live or not,” Reynolds said between races. “And for them to fast-forward 10 years and I’m out here running again, almost as fast as I could with two legs, competing at a high level and I’m physically fit, I think that’s really mentally healing for them to see that I’ve made it through and I’ve battled back.” | The Associated Press >>