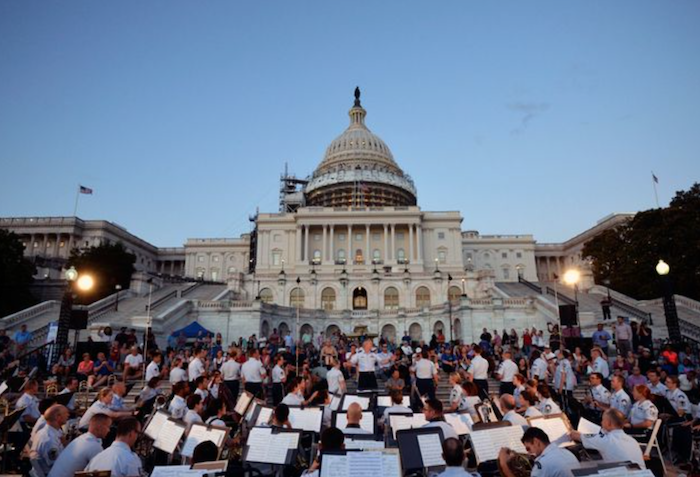 At least one in five U.S. military veterans who have experienced trauma suffer from depression and similar symptoms, even though they do not meet all the criteria for post-traumatic stress disorder, or PTSD. That is according to a Yale University-led study published this month in the journal World Registry. The study examined 1,484 U.S. veterans and found that roughly 22 percent of veterans are at greatly elevated risk for depression, suicide or substance abuse, even though they haven’t met the PTSD criteria. | Republican American >>

A little-noticed provision of the massive defense bill the Senate passed last week would eliminate the preference veterans get once they are in the government and apply for another federal job. Former service members would still go to the head of the hiring queue. | The Washington Post >>

On June 12, shortly after the deadly shooting at the Pulse nightclub in Orlando, Florida, VA deployed Mobile Vet Centers to help those exposed to the trauma and aftermath of that deadly event. While VA’s Vet Centers and its mobile teams usually serve combat Veterans and family members, in light of the tragedy, all federal agencies were asked to assist with response efforts. VA’s Under Secretary for Health Dr. David Shulkin temporary lifted restrictions so trained counselors could provide crisis counseling to anyone in need in Orlando. | VA Vantage Blog >>

A Taliban suicide bomber killed 14 Nepalese security guards in an attack Monday on their minibus in the Afghan capital, Kabul, the Interior Ministry and an Afghan security official said. Elsewhere in Afghanistan, a bomb rigged to a motorbike killed 10 Afghan civilians during morning rush hour in a busy market in a province in the northeast. And later Monday in Kabul, a second Taliban bombing killed an Afghan civilian and wounded five people, including a provincial council member who was the intended target of that attack, authorities said. | The Associated Press >>

Pakistan and Afghanistan failed to reach an agreement on border management in talks on Monday, officials said, after days of clashes at the border last week left four dead and thousands stranded. Fighting broke out when Pakistan started building a barrier at the crossing to stop Islamist militants crossing over from Afghanistan. | Reuters >>

Iraq’s success in uprooting Islamic State militants from Fallujah has fed a humanitarian crisis with some of the more than 80,000 people who fled the city going without shelter and enough water amid 115-degree temperatures and sandstorms, aid agencies said Monday. | Wall Street Journal >>

Washington lawmakers will spend the next few months merging the separate House and Senate drafts of the annual defense authorization bill, including a host of thorny issues that could impact military personnel and their families for years to come. | Military Times >>

The Air Force on Monday begins training a variety of service members from African countries looking to boost their regional security. The militaries aren’t specifically out there to hunt down rebel leaders or run operations against extremist groups. But the training the African service members receive during the week-long program will likely aid their stability should conflicts arise. | Air Force Times >>

For many sailors, earning the anchors of a chief petty officer is the culmination of 13 years of work, the reward for succeeding in the toughest jobs of the enlisted force. But those anchors may soon come readily, right after boot camp, for some specialists joining the service under a new proposal. | Navy Times >>

Wounded, ill and injured service members and veterans continue to break personal records and show fans and friends amazing feats and June 17 was no different, as archers competed in the first-ever visual impairment category at the 2016 Department of Defense Warrior Games at the U.S. Military Academy. | Air Force News Service >>

Hoping to help other veterans, he and his wife traveled from their home in Alabama to Connecticut last week to purchase two jet black carriage horses, animals that were put up for auction by the state after they were seized from a breeder in February as part of an animal abuse investigation and rehabilitated through a state program involving female prison inmates who help with the care. | The Associated Press >>

Vosburg sustained injuries to his leg and back in a car crash in 2008 while deployed, forcing him to retire from the U.S. Army in Nov. 2015 after 29 years. He said the competition helped him keep in touch with other wounded veterans. “You get to talk to somebody else who’s been through it, or is going through it, and we all help each other that way,” Vosburg said. “This gives me a way to still connect with soldiers and other vets, to complete our lives and make us better human beings in general.” | KVIA >>