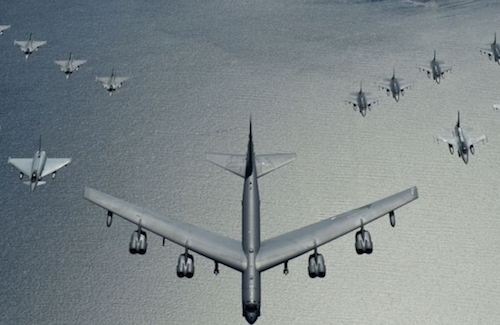 Sen. Kirsten Gillibrand’s three-year campaign to revamp prosecution of military sexual assault failed again Tuesday when the Senate passed a sweeping $602 billion national defense policy bill without debating or voting on her measure and dozens of other amendments. | Newsday >>

Now that both the Senate and House of Representatives have approved their versions of the annual defense authorization bill, a conference committee will convene to work out the differences between the proposals. It wasn’t immediately clear when that work was expected to conclude. The House this week began work on a separate defense spending, or appropriations, bill. | Military.com >>

The Army Reserve officer killed Sunday morning in the Orlando nightclub massacre had been in uniform for nearly eight years, deployed to Kuwait for 11 months during the drawdown from Operation Iraqi Freedom, and was remembered by his commanding officer as a leader who “truly cared about the Soldiers in his charge.” | Army Times >>

The war in Afghanistan — America’s longest conflict — will grind on for at least another four years as NATO allies are prepared to commit $5 billion through 2020 to train, equip and pay Afghan security forces, according to a senior NATO diplomat. | USA Today >>

Sniper fire by Islamic State militants killed a senior Iraqi commander near the northern IS-held city of Mosul, the extremist group’s main bastion in Iraq, as the U.N. refugee agency warned that thousands of civilians have been newly displaced from that area. | Associated Press >>

On the edge of the cemetery, behind a row of small shops and eateries, is the grave of “The Martyr Commander Mahdi Ghazniwal Bakshi.” A police officer, he was 23 at the time of his death, ambushed by the Taliban in southwestern Afghanistan. | New York Times >>

“We do some type of wireless, but it’s still bulky,” said Jeff Castro, capabilities integration officer and information technology portfolio manager for the Marines. “We are waiting on policy. We can adopt [Department of Defense] or [National Security Agency] policy, but we need to refine one for within the Marine Corps.” | Fedscoop >>

Navy leaders are weighing radical crewing changes to the embattled littoral combat ship program, which has suffered two high-profile engineering breakdowns in the past year that have prompted renewed congressional scrutiny. | Navy Times >>

Biever, a U.S. Marine Corps veteran and Lake in the Hills resident, had a decal depicting a section of the Vietnam Veterans Memorial Wall adhered to his vehicle in tribute. The decal highlights the names of the seven men from Biever’s unit who died on Sept. 26, 1968. | The Washington Times >>

Now using a wheelchair, Major not only still plays rough sports, but they’ve become central to his life and key to his mental and physical rehabilitation. The 31-year-old former Towson High School football player now plays rugby, toppling others in wheelchairs with his hard hits. He also skis, kayaks and participates in numerous other activities. | The Baltimore Sun >>

The sheer number of competitions doesn’t convey that Vosburg has been struggling to overcome major injuries to his leg and back. The injuries, sustained while deployed and in a car crash in 2008, ultimately forced him to retire from the U.S. Army in Nov. 2015 after 29 years. | KVIA >>