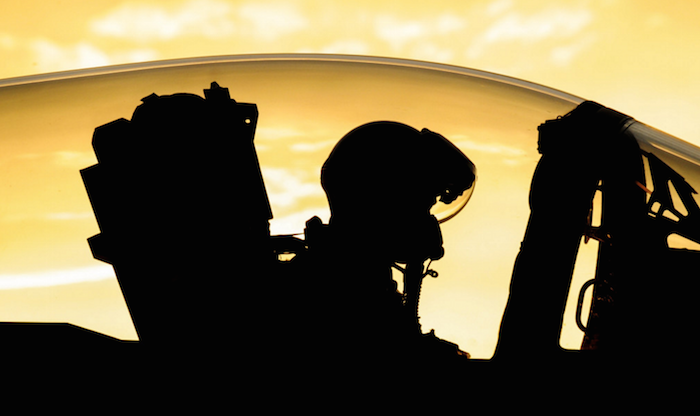 President Trump appears to have blocked a veterans group that has been critical of his time in office on Twitter. “The Commander in Chief can block @VoteVets, the voice of 500k military veterans and families, but we will NOT be silenced,” VoteVets.org wrote on Twitter, including a screenshot that shows Trump had blocked the organization’s account. | The Hill >>

The Senate approved the measure last week, and House lawmakers passed the legislation by a 368-55 vote, despite strong past opposition from Democrats in the chamber. Republican leaders hailed the measure as a common-sense move, one that protects whistleblowers and punishes incompetent or criminal workers. | Military Times >>

Several key veterans issues will be the focus of congressional hearings this week, with lawmakers set to address the firing of bad employees at the Department of Veterans Affairs, the agency’s 2018 budget and benefits reform. | Stars and Stripes >>

Food poisoning at a camp for displaced residents of Mosul has made more than 700 people sick, with hundreds hospitalized, Iraqi officials said Tuesday. The incident at the Hassan Sham U2 camp, about 20 kilometers (13 miles) east of Mosul, has become part of the ongoing dispute between Saudi Arabia and Qatar. Saudi media accused a Qatari charity of supplying tainted food to the residents of the desert camp. | U.S. News and World Report >>

A new strategy for Afghanistan is weeks way, Defense Secretary Jim Mattis told the Senate Armed Services Committee on Tuesday in a statement that frustrated some lawmakers awaiting a way forward in the United States’ longest war. “We are not winning in Afghanistan,” he said during an appearance at Capitol Hill to discuss the Pentagon’s budget. “We will correct that.” | The Washington Post >>

In the summer of 2006, a squad of U.S. military policemen deployed to Iraq, eager to join the war. They were tough kids, many from small, working-class communities scattered across the American heartland, who’d joined the military for many of the familiar reasons: post-9/11 patriotism, adventure and the hope for a better life when they got out. | Newsweek >>

While the military and its contractors have long been the targets of cyberattacks from hostile foreign powers, the Russian campaign is noteworthy for its heightened intensity, especially since the imposition of Western economic sanctions following the 2014 annexation of Crimea, and for the novel tactics it is employing online. All of it amounts to a new kind of low-intensity or “hybrid” warfare that Western governments are still struggling to effectively counter. | POLITICO >>

“We didn’t get into this situation in one year, and we aren’t going to get out of it in one year,” Mattis said in response to questions about a 355-ship Navy. “We’re going to have to have sustained growth in ’19 to ’23, and this is where you’ll see the biggest growth: Army, Air Force and Navy as we’re digging us out of a readiness and maintenance hole.” | Defense News >>

Or that time Gilliland, a 23-year veteran of the U.S. Marine Corps, found solace in a piece of candy. He remembers stopping to rest and thinking, “This sucks, but at least now I can say, ‘You know what, I had a great Jolly Rancher today, and it was the best damn Jolly Rancher I ever had in my life. I’m sitting here enjoying this Jolly Rancher and breathing right now.'”  | The Spokesman-Review >>