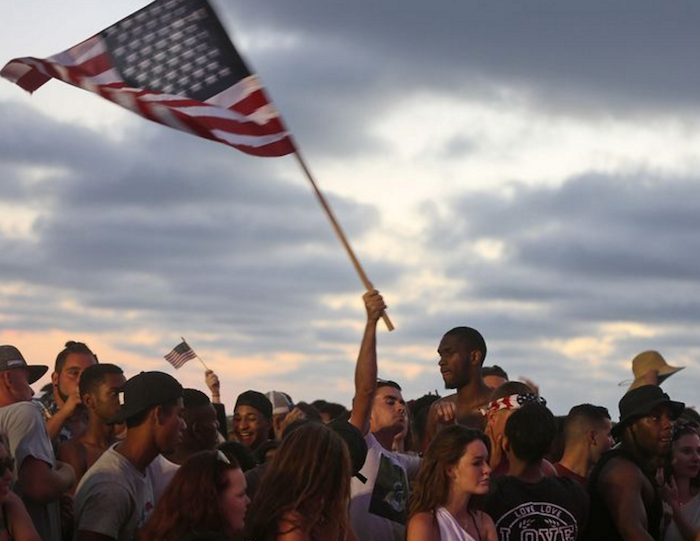 “We’re essentially taking expertise that exists in our high-end centers and making sure that it is available in even our most rural centers,” said Dr. David Shulkin, VA’s undersecretary for health. “It’s going to result in different treatment options and better decisions, and making sure every veteran is getting world-class cancer care.” | Military Times >>

The independent commission tasked with examining the Department of Veterans Affairs network of medical facilities will call for more private options in the government’s provision of health care to veterans and the formation of a new board of directors to oversee a ‘far-reaching’ transformation of the system. | Washington Free Beacon >>

In the next nine days of session (fewer if congressional leaders break early because of unbreakable deadlocks), lawmakers will also need to decide whether to advance key reforms for the Department of Veterans Affairs, including an omnibus bill that supporters had hoped would be approved before the Memorial Day break in May. | Military Times >>

In outlining the agenda for NATO’s two-day summit in Warsaw, Poland, Secretary-General Jens Stoltenberg said Afghanistan will be one of the top items under discussion when member states begin their meetings on Friday. Others are a buildup in eastern Europe, by deploying four battalion-strength multinational units in the Baltics and Poland, and steps to improve cyberdefense and a ballistic missile shield. | Stars and Stripes >>

“The residents of Baghdad are more concerned about their own security rather than this eventual inevitable fall of Mosul. The Iraqi government will eventually go back and retake Mosul, but they have to secure Baghdad first.” | CNN >>

The international military mission in Afghanistan will fail if troop levels are reduced further, with potentially dangerous repercussions for the rest of the world, a delegation of U.S. lawmakers warned during a visit to Kabul on Monday. | Reuters >>

The Department of Veterans Affairs bought more than $11 million worth of weapons, ammo and other security equipment between 2005 and 2014, according to a report released last month by a non-profit organization that tracks spending across the federal government. | Military.com >>

The boosted maximum weight requirement for women comes as the U.S. military moves to fully integrate women in all combat jobs for the first time following a historic decision last year by the Pentagon. In preparation, some female Marines have hit the weights — and then found themselves above weight requirements, Neller told the Senate Armed Services Committee in February. | The Washington Post >>

Alleged Army deserter Sgt. Bowe Bergdahl’s attorneys have asked a military judge for greater access to information held by prosecutors in a series of motions that contend the Army has treated their client “differently” from other soldiers accused of crimes. | Stars and Stripes >>

“Something just switched in me and I knew it was time to hang up my combat boots” explains Lila Holley, who spent 22 years in the U.S. Army. She retired in 2012 with the distinguished rank of Chief Warrant Officer 4, having served in Korea, the Philippines, Bosnia and Iraq. | Forbes >>

When Galvin joked that he might have to shoot the eagle down, his wife thought the idea had merit. The couple contacted Phil Mohs, a conservation officer with the Minnesota Department of Natural Resources, who gave them the go-ahead after learning Galvin’s background. “He told me he was a veteran in the service and he wouldn’t do it if he couldn’t do it safely,” Mohs told KARE 11. | AL.com >>

Students in Utah’s inaugural Culinary Command — a six-week program that prepares veterans and active military for restaurant, hotel and food-service jobs — would be presenting their food for the first time, and much work still needed to be done: Set out the tray of smoked salmon; plate the chicken pâté and hand-made crackers; pour the vichyssoise into shot glasses and garnish with chive buds. | The Salt Lake Tribune >>