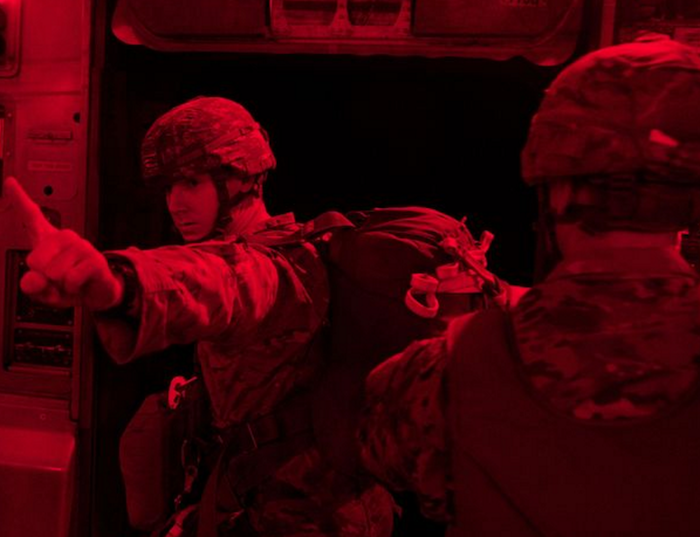 “People have a very good impression of veterans right now, but there’s always a chance that can change.” Mr. Porter said while the recent shooters were veterans, so were many of the first responders who worked to save people, as well some of those killed in the line of duty. | The Wall Street Journal >>

The mother of the Iraq War veteran who killed three officers in Baton Rouge on Sunday said she urged him to seek help from the Department of Veterans Affairs after he left the Marine Corps, but he returned unhappy with the care, according to an interview with PBS talk show host Tavis Smiley. | USA Today >>

Afghan Defense Ministry officials denied that there was a problem, but a commander in Helmand province said troops can fire off 10,000-20,000 rounds in a single night with no Taliban casualties to be found. | The Fiscal Times >>

Made up of 400 of the Kurdish forces known as Peshmerga, the Black Devils boast a high enemy body count, a Spartan regimen and the ability to induce panic in the dark hearts of their foes. Their fierce tactics and effective intelligence gathering make them as feared as they are despised. | Fox News >>

A group of tiny girls strum their acoustic guitars, belting out a self-made Persian translation of the hit Don’t Panic in a flat in Kabul. Playing along is a man very much in the mould of the Western rock musician, complete with wrist bands and bandana. | BBC >>

Soldiers and Army civilians aren’t strangers to the Threat Awareness and Reporting Program, with mandatory annual training that covers how to spot potential intruders, what methods they may use, and what punishments they — or those who don’t report their actions — may face. The substance of that training hasn’t changed much since 2010, with updates in the wake of the 2009 shooting at Fort Hood, Texas, but other parts of Army Regulation 381-12 recently received a makeover. | Army Times >>

The initiative, known as the Space Mission Force, aims to better prepare airmen to operate military satellites in a threatened environment and includes tactics to respond to threats. Air Force space leaders have been planning the program for more than a year and Hyten, the head of Air Force Space Command, has made the Space Mission Force a prominent part of his speeches in the last eight months.| SpaceNews.com >>

More infantry leaders will have a shot at a spot in the Marine Corps’ new Squad Leader Development Program next year. Marine leaders plan to expand the program from 72 to 100 spots — a 39 percent increase, according to manpower officials. Marines in eight commands will be eligible to recommend Marines in the coming fiscal year. | Marine Corps Times >>

After nearly three decades immersed in military life, Basuedayva didn’t know how to transition into the civilian lifestyle. She later met a group of fellow veterans in a comedy class who exposed her to life beyond being an Airman. Their testimonies helped her realize she could accomplish just as much in her new chapter in life as she had done before in the Air Force. | Air Force News Service >>

In 2005, Allende, 32, of Carrboro, was stationed at Camp Fallujah in Iraq. Her duties included searching Iraqi women and children at checkpoints throughout the city. One night on the way back to camp, two men in a pickup truck with explosives rammed into a truck returning to the camp. Then snipers started shooting at the wreckage. | The News & Observer >>

He began working on the project in the early 2000s as U.S. troops were being deployed to Iraq and Afghanistan. “I was seeing another generation go to the same place, sent there by a president with the same name,” Lindsey remembered. “They don’t know the sustained impact of deployment. That was a space I could explore: ‘War is hell’ brought home.” | The Tennessean >>