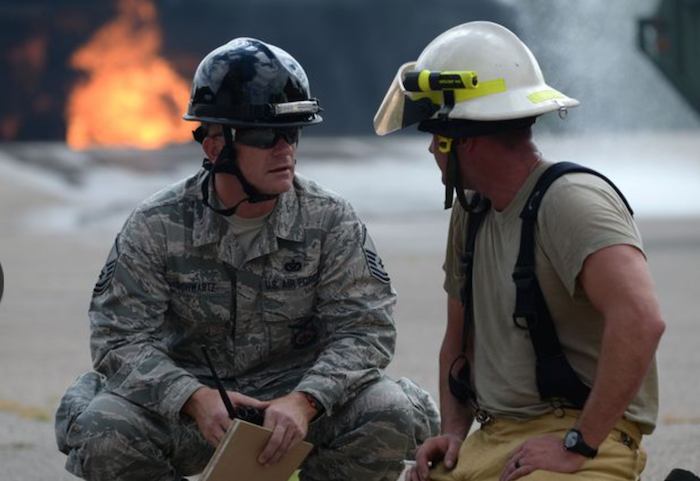 The disheartening events in Dallas struck a heart-breaking blow to the families affected by the loss of life and the community around them. The veteran community, more broadly, reacted with shock and dismay when details surrounding the likely perpetrator indicated he was an honorably discharged Army veteran. | We are the Mighty >>

Injured troops still on active duty currently can receive infertility treatment, including in vitro fertilization (IVF), through the Defense Department. A measure to extend the same benefit to veterans treated through the Department of Veterans Affairs for service-connected infertility received bipartisan support in recent legislation, but was blocked from passing after a dispute between Senate Democrats and Republicans over Zika virus research funding attached to the bill. | Military.com >>

“I think the next secretary, whoever that is, has got to be an agent of change, somebody that will resist the call from within the department to maintain the status quo,” Rep. Jeff Miller, R-Fla., said during an interview with Military Times at the Republican convention in Cleveland. “And I think, unfortunately, the status quo in many instances remains.” | Military Times >>

“Our orders are to liberate every square inch of Iraq. We are determined to eliminate Daesh [IS] by the end of the year,” Iraqi army chief Lt Gen Othman al-Ghanimi tells me as we travel with him on his first visit here in the wake of their latest battlefield successes. | BBC >>

Afghan security forces backed by U.S. air strikes have beaten back Taliban attacks on a vulnerable southern district, government officials said on Wednesday, after a relative lull in fighting over the month of Ramadan. | Reuters >>

“The momentum has shifted,” Kerry told an international conference to raise funds for Iraq at a critical juncture in the military campaign. “The new challenge that we face is securing and aiding for the recovery of a liberated area.” | Reuters >>

The US government generally believes software piracy is bad. This doesn’t stop individual members of Congress or the government from occasionally pirating their own software, or using video and audio assets without permission, but it’s supposed to prevent piracy on an organizational scale. According to massive lawsuit against the US Navy, that’s not what happened. | Extreme Tech >>

Reservists who re-enlist to fill specific jobs or active-duty Marines willing to go Reserve can pocket thousands of dollars in bonuses in 2017 along with more cash for college. The Marine Corps wants to keep reservists in critical positions, and it’s offering cash bonuses to those in certain communities willing to serve another three years. | Marine Corps Times >>

“I run for the combat veterans from Iraq and Afghanistan. That’s the majority of my students,” she said. “I’ve seen first-hand how post-traumatic stress disorder (PTSD) and traumatic brain injury (TBI) affects vets’ personal, educational and professional lives. I want to bring more awareness to that so civilians know what it’s all about—they hear about what PTSD is, but they don’t understand how it affects vets.” | The Beverly Citizen >>

Originally from Orange County, Calif., Skoglund did a four-year stint with the Marines that included a pair of deployments to Iraq, first to Basra and then to Baghdad. Even in those far-reaching places, Skogland managed to squeeze in some golf, a sport which he first learned at age 11 and grew to love because of its difficulty. | Boston Herald >>

“It’s very important for veterans to see that they have something to share, something to say, that they have talents and that they’re not forgotten, and I think that’s a good thing,” Flanagan said. This year more veterans participated in the program than in previous years. The national arts festival will take place in mid-October. | WDBJ >>