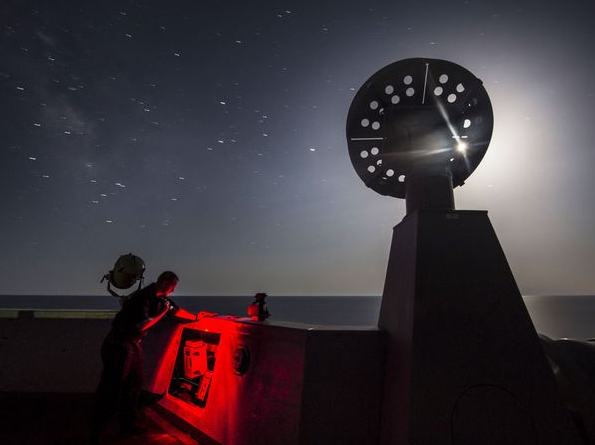 “The truth is that veterans are much more likely to be the rescuer than the assailant,” said Mr. Rieckhoff, who was an Army infantry platoon leader during the invasions in Iraq. “But there is this lazy stereotype that we come back as damaged souls.” | The New York Times >>

A bipartisan group of senators on Tuesday sought to revive a proposal to make it easier for veterans to upgrade “bad paper” discharges wrongly handed down for behavior resulting from PTSD or sexual trauma. | Military.com >>

“In terms of safety, VA facilities performed similarly or better in most, but not all, studies comparing morbidity and mortality. Results from studies about complications and patient safety indicators were more mixed,” the report says. “In terms of effectiveness, VA facilities had similar or superior quality to non-VA facilities with respect to preventive, recommended, and end-of-life care, as well as managing medications.” | Military.com >>

The father, Muhammad Azam, said that her death was the culminating act of long abuse by her husband’s family. He accused them of beating and stabbing her after she refused to work in the opium fields while pregnant, and he said they then set her on fire with gasoline to cover their crime. Zahra’s husband’s family insists that her death was by self-immolation, according to the police. | The New York Times >>

Apparently, the Army SOC’s Android devices wouldn’t refresh properly and would need to be restarted too often while using some of its specialized “apps” as a result of freezing, which isn’t something a soldier would want to worry about while he or she is out in the field. | Tech Insider >>

It appears the “earthquake” detected on Saturday by seismographs as far away as Venezuela and across the United States and Caribbean was triggered by a manmade explosion designed to test the seaworthiness of a new U.S. Navy vessel. A similar 3.7 magnitude “earthquake” was reported by the U.S. Geological Survey on June 10, 156 nautical miles east-northeast of Ormond-by-the-Sea. | The Daytona Beach News-Journal >>

“Make no mistake, this is a quiet crisis that will almost certainly get worse before it gets better,” James and Goldfein said. “We have less margin for error when it comes to filling our cockpits and addressing personnel shortages.” James and Goldfein said the Air Force is giving a hard look at increasing the compensation of fighter pilots as part of their plan to shore up their ranks. | Air Force Times >>

“But not only did he choose to continue to serve, he still wants to be a leader and give back to the institution and to the Marines,” Hecht added. “To watch this Marine fall down at [physical training] doing [high intensity tactical training] and get back up with his prosthetic leg twisted backwards and hear him joke, ‘Well, guess I better straighten myself out’ is amazing. He has so much of the warrior spirit.” | Defense.gov

This week members of the combat wounded veteran challenge and Scubanauts International are joining forces with scientists to plant nursery grown corals. The project is part of a massive initative to restore the coral reef that’s over a decade strong. | WWSB >>

Kit Parker is a war veteran who did a combat tour in Afghanistan. He’s also a member of the Wyss Institute for Biologically-Inspired Engineering at Harvard University, and more recently a neurology expert. “I was talking to a buddy of mine who was wounded,” Parker says. “I got pissed and I decided I’m going to become a neuroscientist because I was going to survive this war with my buddies.” | Public Radio International >>