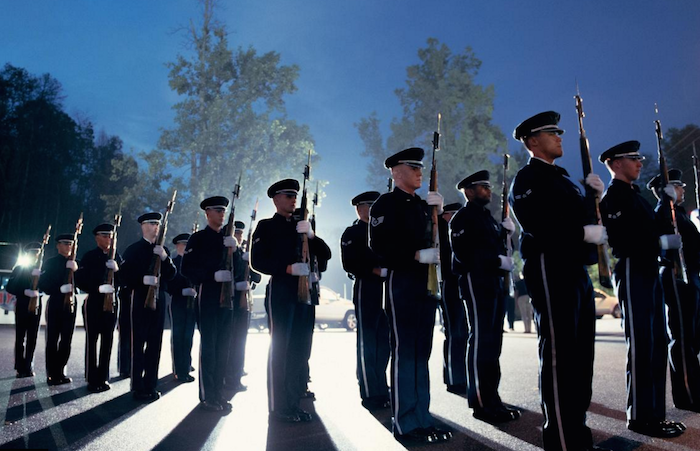 Coy was speaking to lawmakers on behalf of the VA Monday at a House Veterans’ Affairs Committee hearing for the Harry W. Colmery Veterans Education Assistance Act of 2017. The new legislation, released by the committee last week – and supported by VA officials – includes an expansion of benefits for reservists, Purple Heart recipients and surviving dependents, as well as the elimination of a requirement that veterans use their education benefits within 15 years of active-duty service, among other provisions. | Military Times >>

“These are serious allegations, and we want our veterans and our staff to have confidence in the care we’re providing,” Shulkin said in a written statement. “I have been clear about the importance of transparency, accountability and rapidly fixing any and all problems brought to our attention, and we will do so immediately with these allegations.” | Task and Purpose >>

Jeff Hensley, a former Navy fighter pilot, spent 21 years in the military and did multiple deployments before retiring in 2009 and settling in Texas. When he found himself in a dark place, the local Veterans Affairs hospital was unable to treat him. Then he heard about a private program for military veterans called the Cohen Veterans Network. He met with Dr. Amy Williams, the clinical director for Cohen’s north Texas location, near Dallas. | Fox News >>

The Afghan government said Monday that troops retook a key district in the southern province of Helmand from the Taliban. The fighting in the Naway district was fierce, with more than 50 Taliban killed, according to Waziri, who said just five members of the security forces were wounded. There was no immediate comment from the Taliban. | Los Angeles Times >>

We have many reasons to be optimistic about Iraq’s future. Just as the Iraqis are leading the way on the battlefield, they are leading the effort to stabilize their liberated communities. An Iraqi-led, United Nations-supported stabilization program has enabled nearly two million internally displaced Iraqis to return home, including nearly one million in Anbar Province. | USA Today >>

In the sometimes hostile waters of the Persian Gulf looms the US Navy’s first — in fact, the world’s first — active laser weapon. The LaWS, an acronym for Laser Weapons System, is not science fiction. It is not experimental. It is deployed on board the USS Ponce amphibious transport ship, ready to be fired at targets today and every day by Capt. Christopher Wells and his crew. | CNN >>

The U.S. Air Force has stopped all C-5M Super Galaxy operations from Dover Air Force Base in Delaware after two aircraft experienced nose-gear malfunctions overseas, the service said Tuesday. Col. Chris Karns, a spokesman for Air Mobility Command, told Military.com that two C-5Ms — first fielded in 2009 — have not been able to move the nose-gear “down or retract to the fullest extent.” (Photo Right) | Military.com >>

“Cpl. Skyler James was a hardworking Marine full of work ethic, ability, and drive,” his squadron commander Lt. Col. Stephen Pirrotta said in Monday’s news release. “He was quick to smile and ready to accept any maintenance challenge on the flight line with a demeanor that allowed for easy interaction between his peers and superiors, alike.” | Marine Corps Times >>

“In the U.S., it is easier to go back to school and reinvent yourself,” said Montgomery-Anderson. “There are a lot of jobs in the Army that are the same as in the civilian world. A vast majority are non-combative. It is a good opportunity to advance one’s education without spending money.” | Tahlequah Daily Press >>

“Veterans come from a world that’s very structured, with strict lines about how things are done,” Mike Townsley, CEO and president of Bob Evans Farms. “Being an entrepreneur, those lines tend to get blurred, requiring business owners to figure out things on their own. This can be extremely overwhelming to veterans new to the business world. But, because we know that there are veterans out there with innovative business ideas, we launched this program to help bring their ideas to life and to help them get some of the business coaching they’ll need to ultimately be successful.” (Photo Right) | Task and Purpose >>

“He was standing there in his kennel, looking beautiful. He had been there for over two months with no one taking a look at him,” McCullough told CBS News. “I brought him out. I met him. He was sweet, sensitive, so attuned to humans that he was the best candidate there.” | CBS News >>