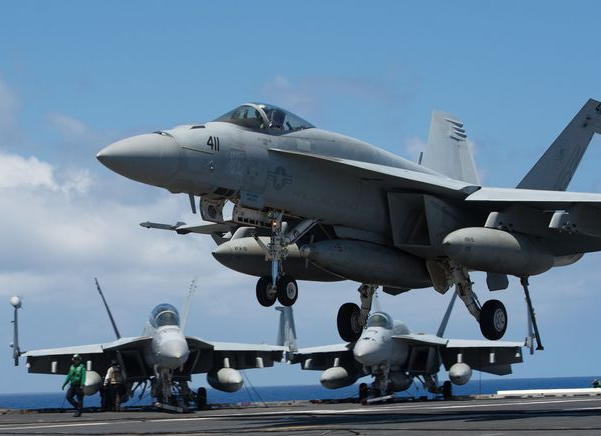 “And then soon, they’re like, ‘You’re not the same,’” Merkle recalled of what his family told him. “They start to notice that you’re not really enjoying the parties of our friends. You only get really excited when you’re going to visit former Marines and the people you used to hang out with.” Merkle served three tours in Iraq and four in Afghanistan. Re-adjusting to being a civilian was tough, he said, and he was finding it difficult to function. | ABC News >>

The Office of Personnel Management has issued a new guidance detailing how the parents of deceased or disabled veterans can now claim veterans’ preference. The guidance coincides with the Gold Star Fathers Act of 2015, a law that went into effect on Jan. 7. | Federal Times >>

For the study, the researchers analyzed a total sample of 9,786,778 veterans seeking care in the Veterans Health Administration system between 2000 and 2010. The researchers accessed the national Veterans Administration Informatics and Computing Infrastructure database for the electronic medical records of the veterans. | Nature World News >>

After inflicting heavy losses on weakened Afghan security forces a year ago, the Taliban under new leadership have been surprisingly slow to ramp up attacks at the midpoint of the traditional fighting season, senior American military officers said Sunday. | U.S. News & World Report >>

An expected Iraqi assault on the Islamic State stronghold of Mosul is likely to cause mass civilian casualties and force hundreds of thousands to flee their homes, the United Nations said on Monday. It appealed for funds to deal with the humanitarian crisis, saying it would cost $284 million to prepare the necessary aid and up to $1.8 billion to deal with the aftermath. | Reuters >>

The heads of the armed services committees in the House and the Senate have called on President Obama to submit a supplemental budget request to cover the costs of deploying 560 additional troops to Iraq. The chairs, Rep. Mac Thornberry, R-Texas, and Sen. John McCain, R-Ariz., have also pointed to the president’s decision to slow down the withdrawal of troops from Afghanistan as a reason to increase war spending. | Defense One >>

The remora, which uses its suction-cup head to catch rides with large marine animals, suggests that there’s a new and better way for subs and unmanned undersea vehicles (UUVs) to work together, said Jabaley, the U.S. Navy’s program executive officer for submarines. | Defense One >>

We know that diverse teams are more creative and productive than homogenous teams, but how do you get individuals who aren’t alike working together smoothly? As I’ve seen from teaching over 960 recruits as a basic-training company commander in the U.S. Army, people from various backgrounds struggle to discover shared interests during the early stages of team building. Inclusion is one thing, and integration is something else entirely. | Harvard Business Review >>

Staff Sgt. Jones lost parts of both legs in 2010 while on Marine deployment in Afghanistan. Tasked with clearing improvised explosive devices from where the Taliban had planted them — in poppy fields and market bazaars — Jones stepped on an IED, causing it to explode. It was, by his recollection, the 80th one he had — one way or another — taken out of commission. “I got the first 79 with my hands,” Jones said. “I got the last one with my feet.” Sensing his audience was unsure how to react, Jones smiled and reassured them: “That’s a joke. You can laugh.” | Austin American-Statesman >>

Ana Manciaz, a former Army sergeant from Los Lunas who lost the lower half of her right leg in a motorcycle crash in 2014, collected a stack of medals at last month’s 2016 Department of Defense Warrior Games, including four golds, five silvers and one bronze. | Albuquerque Journal >>

“I went to a rehabilitation program and I didn’t wear my uniform anymore, I’m used to having my flag on my shoulder and so it kind of upset me,” Steorts said. “There was a flag that I found that was actually a beautiful flag, but it wasn’t made in the United States, and so for therapeutic reasons I started making my own and I wanted to make it all with materials made in America.” | Fox Business >>