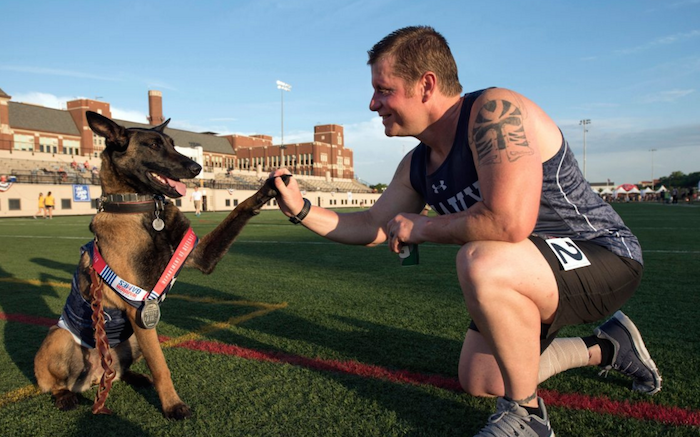 “This is an unacceptable statistic that 20 veterans a day are taking their life to suicide. So we are going to do everything that we possibly can. We’re reaching out to community groups, to academic groups. We’re doing research in this area. We’re trying new therapies and treatments. And I certainly hope that we can have a big impact on this problem,” he continued. | The Hill >>

And when patients from the Manchester Veterans Affairs Medical Center are referred to outside specialists, those physicians are sometimes dismayed by their condition and medical history. A Boston neurosurgeon lamented that several Manchester patients sent to him had suffered needless spinal damage, including paralysis, because the hospital had not provided proper care for a treatable spine condition called cervical myelopathy. | The Boston Globe >>

Without a complete, transparent and apolitical review of the department’s capital assets that span more than 170 million square feet, Congress, the Government Accountability Office, veterans service organizations and the independent Commission on Care fear VA will turn from a caretaker of veterans to a “caretaker of an extensive portfolio of vacant buildings.” | Federal News Radio >>

A spokesman said militants had gained ground inside Afghanistan and had to be stopped from extending their influence. He said the “Khyber 4” operation, backed by the air force, would focus on the mountainous Rajgal Valley area in Khyber Agency. Pakistan has previously denied the presence of IS on its territory. | BBC News >>

Walk into almost any market in Iraq and the shelves are filled with goods from Iran – milk, yogurt, chicken. Turn on the television and channel after channel broadcasts programs sympathetic to Iran. A new building goes up? It is likely that the cement and bricks came from Iran. And when bored young Iraqi men take pills to get high, the illicit drugs are likely to have been smuggled across the porous Iranian border. | The New York Times >>

The six girls from western Afghanistan’s Herat region had twice been denied visas to enter the country by the U.S. State Department, although the reason was never publicly disclosed. Still, many critics pointed to Trump’s travel ban executive order and his administration’s policies, which some perceive as hostile to some foreigners, for the girls’ denial of entry. | ABC News >>

“During World War II, Chief Finn distinguished himself through heroic service to his fellow Sailors and our nation. I know the men and women who make up the crew of USS John Finn will carry his legacy forward with the same selfless service he distinguished more than 75 years ago,” acting Secretary of the Navy Sean Stackly said in a statement. | The Hill >>

Army Maj. Gen. Robin Fontes on Saturday assumed the highest position of any female servicemember in Afghanistan since the war began, taking over command of Combined Security Transition Command-Afghanistan. “I promise to give you my full support, my best effort, my respect and my loyalty every day,” Fontes told a crowd at a change-of-command ceremony. Fontes took over from outgoing Commander Army Maj. Gen. Richard Kaiser. | Military.com >>

The game includes High Altitude Low Opening free fall, parachute control and night landing. Users can choose from four career fields: combat control, pararescue, special operations weather and tactical air control party. After choosing a career field for the mission, the user is taken to “jump school” and learns how to use the controls. The game’s scenarios become more difficult as the player gets more comfortable with how the game works. | Air Force Times >>

Maintaining the lavender garden that will be the backdrop of Saturday’s Lavender Festival at Chatfield Farms is a second career for horticulturalist Angela Jewett. After earning a degree in political science from the University of Iowa, Jewett went straight into the Army, serving nine years as an Explosive Ordnance Disposal Officer. During those nine years she was based at Fort Carson and completed two tours of duty in Iraq and one in Afghanistan. | 9News >>

It might be any teacher training program in this yoga-obsessed metropolitan area, but look at the students snap to when the teacher says, “Eyes front.” See how the guest lecturer’s “Morning, everyone,” elicits a reflexive, synchronized “Morning, sir!” And who are those dogs sitting along the periphery, one starting to whine as she senses elevated cortisol levels in her owner. | Times Telegram >>

People are talking about it and that opens the door for us to talk about other issues involving female veterans, that’s a good thing,” said Nancy Bullock-Prevot, a retired Navy chief who heads a Pensacola foundation that helps homeless female veterans. Neely Lohmann, senior deputy editor of ESPN Magazine and producer of the Body Issue, said Milton High School graduate Kirstie Ennis was a logical choice for the magazine’s cover. | Pensacola News Journal >>