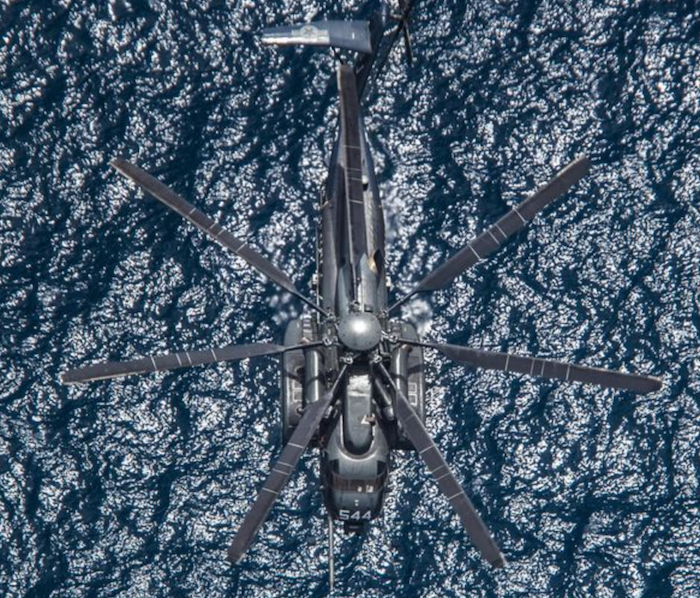 In a Monday speech on veterans issues, Mr. Trump presented a 10-point plan for changes he would make at the Department of Veterans Affairs that included changing the visa system to help veterans, though there was no detail and no explanation on the matter. | The Wall Street Journal >>

Under the bill, VA must ensure that its prescribers are schooled in the latest practices and that all medical facilities stock overdose countermeasures such as naloxone and establish pain management teams to oversee opioid prescriptions for veterans with non-cancer-related pain. | Military Times >>

When he asked the clinic staffer what he might expect at the appointment, the 28-year-old security officer said she told him he would get more benefits if he acted “like you have a screw loose in your head, wear clothes with holes that haven’t been washed in a while and act like you’ve been homeless.” | The Wall Street Journal >>

Iraq, pressured by lower-than-expected oil prices, will cut non-oil spending in its 2016 budget by 15 percent and take on several billion dollars in international debt, it said in a memo which the International Monetary Fund released on Thursday. OPEC’s second-largest producer, which relies on oil exports for nearly all its revenue, has sought donor support amid a collapse in global crude prices and a costly war against Islamic State militants that has displaced more than 3.4 million people. | Reuters >>

Senate lawmakers voted Thursday to push for a fix to the expiring Afghan Special Immigrant Visa program as part of upcoming conference negotiations on an annual defense budget bill, a positive step for thousands of foreign translators hoping to escape to American safety. | Military Times >>

The United States is trying to verify that an airstrike recently killed a high-ranking ISIS commander, and the Pentagon confirmed Wednesday that in a separate action it took out a commander of the Pakistani Taliban who was responsible for the deaths of more than 130 children. | CNN >>

An open call for “novel concepts” by the Pentagon’s secret-weapons guru William Roper has produced almost a thousand responses in less than one month, some of them surprisingly promising. Roper heads the Strategic Capabilities Office, or SCO, which is at the head of Defense Secretary Ash Carter’s efforts to make the military more innovative and agile. | Defense One >>

The Marine Corps has sent a team of security guards from the Corps’ embassy reinforcement team to the U.S. Embassy in Juba, South Sudan, a U.S. official said. The Marine Security Augmentation Unit was created after the September 2012 attacks in Benghazi, Libya, that killed four Americans, including Ambassador Christopher Stevens. | Marine Corps Times >>

Full-time National Guard soldiers can now qualify for temporary early retirement, a benefit also known as the 15-year early retirement plan. In a directive signed by Army Secretary Eric Fanning, the Army in late June expanded its use of the Temporary Early Retirement Authority to allow for this additional group of soldiers to qualify. | Army Times >>

27 News first reported on Ketchum’s suicide Tuesday night, which his family says came just a day after he asked for, but was denied, in-patient psychiatric care at the Iowa City VA Medical Center. A fellow Marine who served with Ketchum now wants to honor his memory. Chris Kemp served two tours of duty in Iraq with Ketchum. He told 27 News the circumstances surrounding his death are incredibly frustrating. | WKOW >>

Nearly 200 military veterans joined Noble on a fishing voyage in Boston Harbor, a yearly tradition hosted by a Quincy fishing club. Many came from veterans hospitals, wearing pins or hats indicating the war they fought in, from World War II to Iraq and Afghanistan. | The Boston Globe >>

Retired U.S. Marine veteran-turned-magician John Hamilton knows the power of magic. During his performances at school assemblies across Clark County, he not only enjoys using his tricks to make students smile but also to talk about the importance of staying in school. But when the Henderson resident broke his front teeth due to grinding — a result of his post-traumatic stress disorder — he lost his smile. | Las Vegas Review-Journal >>