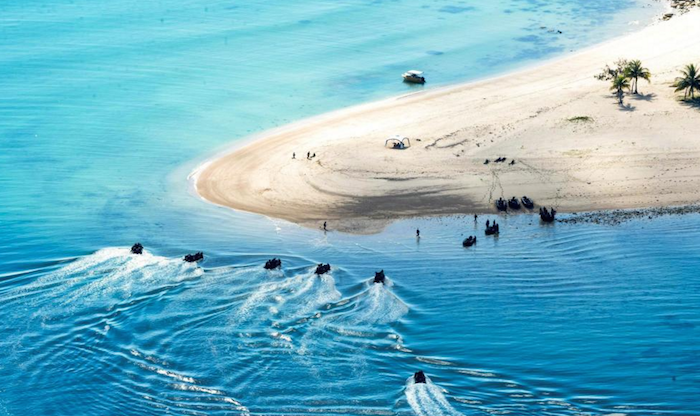 The situation “has negative consequences for veterans’ financial standing, through no fault of their own,” the letter reads. “[T]he long-term damage to credit scores could be severe. At a minimum, this increases the costs of credit and could make it more difficult, if not impossible, for veterans to secure credit for life essentials such as a car or housing.” | Stars and Stripes >>

A U.S. Army veteran and another American citizen were killed on Monday while fighting in ISIS’ de facto capital of Raqqa with the People’s Protection Unit, or YPG. Officials at the U.S. State Department confirmed to Military Times reports of the deaths of at least one American. | Military Times >>

Military veterans who aren’t US citizens can be deported if they’re convicted of crimes. One of the biggest problems facing deported veterans is access to basic health care for a variety of problems – including those they may have developed while serving, like post-traumatic stress disorder – and congressional Democrats have called on the VA to take steps to provide them with assistance. | Buzzfeed >>

Even as pockets of militants continue to hold out in the Old City, the government is now effectively in control of both East and West Mosul. The capture of the Great Mosque of al Nuri, which sits at the heart of the Old City, on the west bank of the Tigris river, was a symbolic victory, since it was from this mosque that Abu Bakr al-Baghdadi, the head of Islamic State, declared the foundation of the caliphate. | The Atlantic >>

President Trump’s advisers recruited two businessmen who profited from military contracting to devise alternatives to the Pentagon’s plan to send thousands of additional troops to Afghanistan, reflecting the Trump administration’s struggle to define its strategy for dealing with a war now 16 years old. | The New York Times >>

“They’re going to have to reach out and reconcile with the Sunni population, and make them feel like their government in Baghdad represents them.” IS (also known as ISIS) seized control of much of northern and western Iraq three years ago after exploiting widespread Sunni anger at the sectarian policies of the country’s Shia Arab-led government. | BBC News >>

Fred Randle, the emergency management director in Leflore County, Miss., said in a brief interview late Monday that officials thought at least 16 people had died in the crash. The fire chief in Greenwood, Marcus Banks, said only that there were “multiple fatalities” in the episode, which occurred around 4 p.m. in Leflore County, north of Jackson. | The New York Times >>

After obtaining his contact information through its accidental exposure by the Washington Post, The MIHS Islander contacted Secretary of Defense James Mattis for an interview. Mattis is a retired four-star Marine Corps general who additionally spent time as the NATO Supreme Allied Commander of Transformation and commander of the United States Central Command responsible for operations in the Middle East, Northeast Africa, and Central Asia, from 2010 to 2013. (Photo Right) | The Islander >>

In a rousing show of support, the Senate Armed Services Committee on Tuesday questioned Navy Secretary nominee Richard Spencer during a two-hour preliminary confirmation hearing that looked more like a unanimous endorsement than the rigors of interrogation. | Stars and Stripes >>

An Army veteran who lost all four limbs in an explosion in Afghanistan and opened a retreat in Maine for other injured veterans says he had an impromptu meeting with President Donald Trump at the White House. Travis Mills posted pictures on Facebook on Monday of himself with Trump and Vice President Mike Pence. | U.S. News and World Report >>

While she never thought a single phone call could change her life, Esget said that’s just what happened. She received a call from a representative of Wounded Warrior-Safe Harbor, a program that coordinates the non-medical care of seriously wounded, ill and injured veterans. Safe Harbor officials introduced Esget to the Warrior Games, a tournament of Olympic-style sports designed for wounded members of the military. (Photo Right) | Martinsville Bulletin >>

Feehan said he is running for Congress to serve others and for his love of the country and Minnesota. He discussed his background of service in the military and education. “I’m ready to use that knowledge on behalf of our community,” he said. | Alberta Lea Tribune >>