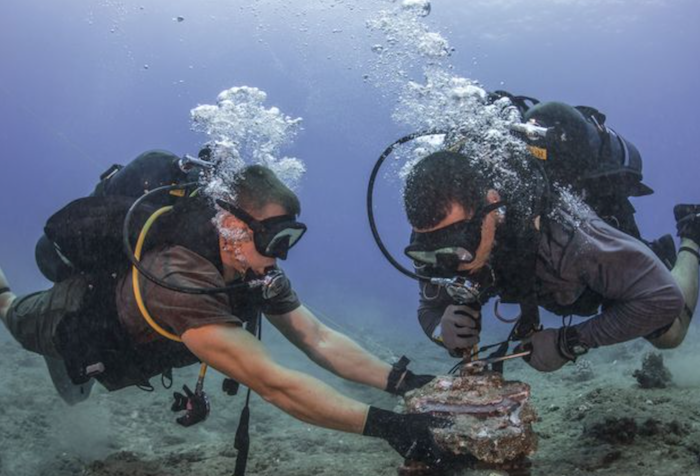 More than 70,000 veterans disability claims are currently backlogged in Veterans Affairs processing centers, seven months after department officials missed their public goal of getting the number down to zero. | Military Times >>

While the new data certainly evokes deep personal emotions for me, the reality of those numbers is that our Vietnam vets still constitute the great majority of veteran suicides. But we knew that six years ago from the VA’s 2010 suicide report where it showed that 73% of veteran suicides occurred in the cohort aged 50 and older, even with a smaller-sized sample of data from only 20 states. Why have so many of us been taking our lives? | Task and Purpose >>

“While this change might seem innocuous, it could have serious negative implications for the men and women who served our nation in uniform,” Gallego said during House consideration of his amendment. ”Under the Senate proposal, if a particular federal job isn’t a good fit, or if a veteran wants to move up the ladder at a different agency, he or she will be deprived of this benefit.” | The Washington Post >>

Peter Hawkins, Unicef representative in Iraq, estimated 1.7 million people will be directly affected by the expected attack on Mosul, Iraq’s second largest city. “The prospect of being able to help hundreds of thousands of displaced people in a semi-arid area is limited, given the constraints on water, sanitation and shelter are extremely concerning.” The height of winter in Mosul is February, a potential time for the allied attack. | The Guardian >>

The warmth he displays now is a sharp departure from his successor, President Ashraf Ghani, often described as a temperamental intellectual who has been shackled by an economic downturn, an unemployment rate estimated at 40%, rising civilian casualties and a resurgent Taliban-led militancy. | The Los Angeles Times >>

Islamic State lost an area the size of Ireland – a quarter of its territory – to hostile forces in the last 18 months in Iraq and Syria and is likely to further step up attacks on civilians in coming months, IHS said in a report on Sunday. | Reuters >>

Sgt. 1st Class Sarah Saunders is the first female graduate of the Army’s Master Gunner Common Core Course, marking yet another first for the service as it removes gender-based restrictions on jobs across the force. | Army Times >>

As Marines’ deployments to tropical locales heat up, the Corps is on the hunt for lightweight, breathable boots and utes that dry quickly in rainy, humid climates. About 400 leathernecks from the Hawaii-based 3rd Marine Regiment will wear the tropical uniform prototype along with four pairs of combat boots for a three-week wear test at the Jungle Warfare Training Center in Japan. | Marine Corps Times >>

“After thoroughly reviewing all available records, the Navy determined an error was made in the issuance of Chief Petty Officer Chris Kyle’s form DD214,” Navy spokesman Ensign Marc Rockwellpate said in a statement. “Specifically, the DD214 did not accurately reflect the decorations and awards to which Kyle was officially entitled. After notifying his family of the error, the Navy issued a corrected copy of the DD214, which accurately reflects Kyle’s years of honorable and extraordinary Navy service.”| Fox News >>

Nick Saunders and his dog Winston, Paul Shuping and his dog Wego and other military veterans and their dogs graduated from a program Saturday that recognized the bonds they’ve formed over months of training and the skills the canines learned as service and therapy animals.Ten human-canine teams graduated from Vets to Vets United, a nonprofit program aimed at improving the lives of both. | The News & Observer >>

“I love their attitudes. You see how they’re physically disabled and you see arms blown off, legs blown off. They don’t complain. They don’t say anything. They love getting out here, running around. It’s that attitude that nothing is really going to stop you. I love that attitude. It’s inspiring to be around them and it’s fun to be around them,” said Millen, who served as coach of the wounded warriors team. | Lehigh Valley Live >>

Steve is a US Army veteran who grew up in Interlaken and was posted to Germany in the 1980s. There, he met his future wife, Susanne, a social worker. They volunteered to help provide care and assistance to the 300 refugees from Afghanistan, Iraq, Iran, Sri Lanka living in Germany’s Gehringhof camp. | The Ithaca Voice >>