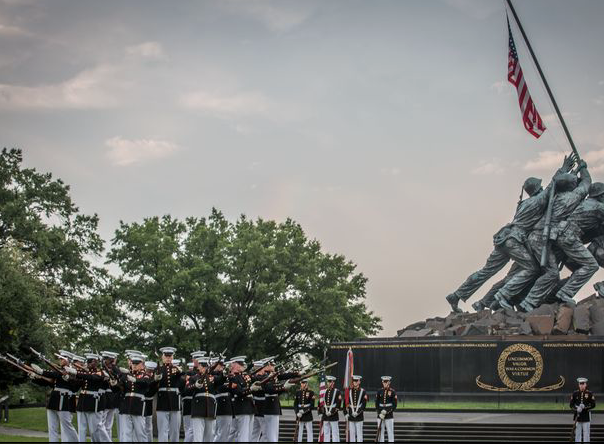 Under the new policy, the services can continue to reject prospective recruits who have been diagnosed with gender dysphoria — feeling that one’s biological gender is the opposite of the one he or she identifies with emotionally and psychologically — unless a doctor certifies the individual has been “stable” for at least 18 months and does not suffer from any significant distress or other impairment. | Military Times >>

More than a third of troubled veterans are not getting through to the best trained suicide-hotline staffers because of poor work habits at the Department of Veteran’s Affairs’ call center, according to VA emails obtained by USA TODAY. | USA Today >>

According to a Veterans Affairs study released last month, nearly 14 percent of veterans reported suicidal thinking at one or both phases of the two-year study. Compared to a 2011 Centers for Disease Control and Prevention study that found 3.7 percent of U.S. adults reported have suicidal thoughts in the year prior, the rates in the VA study are high. | Stars and Stripes >>

The Taliban’s main targets are the Afghan government, international organisations and foreign military, but in particular the Afghan army and police force. There have been numerous attacks on the Afghan police, even when the officers are unarmed. They are perhaps a softer target than the army, using un-armoured vehicles and lighter weapons. | BBC News >>

Iraq’s Defense Ministry has released footage showing airstrikes on dozens of vehicles described as a convoy of Islamic State fighters fleeing the western city of Fallujah following its recapture by the Iraqi military. Scores of militants are thought to have been killed in the airstrikes, which authorities lauded as an operation carried out exclusively by the Iraqi military. | New York Times >>

Pakistan plans talks with Afghanistan and the United Nations refugee agency to move longtime Afghan refugees to camps at home, the foreign office said on Thursday, after the numbers of those returning plunged this year. Pakistan has the world’s second largest refugee population, with more than 1.5 million registered, and about a million unregistered, refugees from neighboring Afghanistan, most of whom fled the Soviet occupation of their country in the 1980s. | Reuters >>

A devastating new report by military investigators released Thursday found that the 10 sailors captured by Iranians in January suffered from “failed leadership” at all levels on a mission that was plagued by mistakes from beginning to end. | CNN >>

Senators confirmed the next Air Force chief of staff, the new head of U.S. Africa Command, and the next leaders of the National Guard and Air Force Reserve in pre-recess work late Wednesday. | Military Times >>

The death of a young Muslim-American recruit at boot camp is at the heart of an investigation gripping the U.S. Marine Corps, and raising serious questions about practices at its vaunted, 101-year-old training facility at Parris Island, S.C. | The Wall Street Journal >>

Eight-year-old Baron Keller is getting a lesson in softball at a special camp where everyone shares a common bond. Baron was born missing his right arm, shoulder and collar bone. His coach for the week is military veteran Greg Reynolds, who knows first-hand the challenges Baron faces. That’s because he lost his arm, shoulder and collar bone on the left side, after returning from Iraq. | WJLA >>

Led by instructors Kevin Morris and Sam Kujawa, the group camped at a different wilderness lake each day. Every morning, the instructors posed a general question for the veterans to think about. Later on, they would discuss it. None were required to talk. The veterans were strangers to each other when the journey started, but they’re not strangers anymore. | Star Tribune >>

How well do you know your neighbor? For some people these days, it’s probably not so well. But the recipient of this week’s Pay It 4ward does, and just did something that makes it easier for his pal to live. | KOB >>