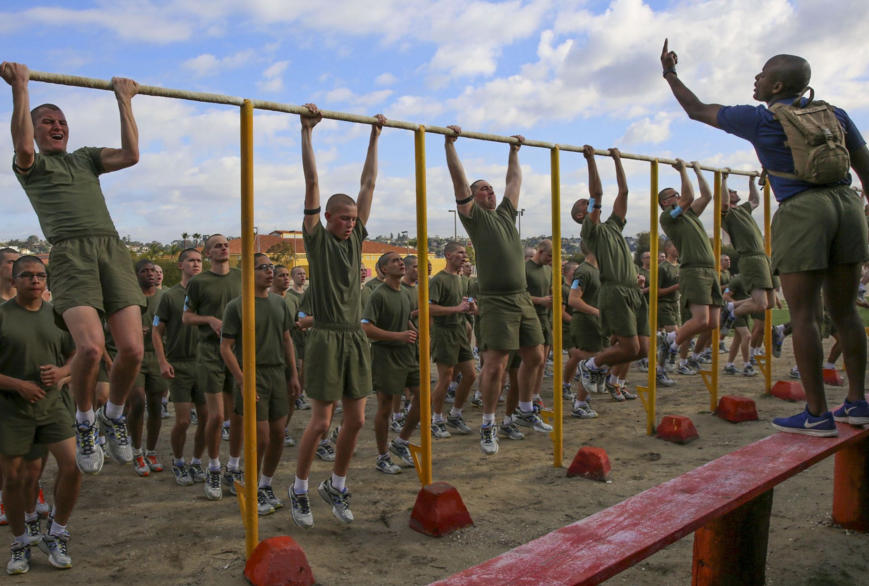 After North Korea’s nuke test, 25,000 U.S. troops wait to see what happens next
The purported hydrogen bomb test North Korea conducted Wednesday has agencies and leaders globally on high alert for what the East Asian country might do next. | Air Force Times>>

Congressman questions if Army Special Forces denied rescue force, fire support
A Republican congressman who previously served as a Navy SEAL commander said Thursday that bureaucratic red tape might have delayed a rescue force and prevented close air support from adequately helping an Army Special Forces team during a firefight in southern Afghanistan this week in which one American was killed. | The Washington Post>>

The Pentagon said Thursday that U.S. troops were in a combat “situation” — but not a combat role — in Afghanistan, despite a team of Green Berets getting pinned down in a firefight this week that resulted in one being killed and two injured. | The Hill>>

Some factions within the Afghan Taliban are considering taking part in a peace process that officials from Afghanistan and Pakistan aim to revive next week, several senior members said, in a softening of the militants’ recent stance against talks. | Reuters>>

In the dusty agricultural town of Marjah in Afghanistan’s southern Helmand province, a team of U.S. special forces, along with members of the Afghan security forces, slipped quietly into position. | International Business Times>>

The U.S. State Department has approved the sale of 5,000 Hellfire missiles to Iraq worth $800 million, the Pentagon said on Thursday. | Reuters>>

As his armored vehicle bounced along a dirt track carved through the ruins of this recently reconquered city on Wednesday, Gen. Ali Jameel, an Iraqi counterterrorism officer, narrated the passing sites. | The New York Times>>

I had been spinning the radio dial for hours, searching for something – anything – a bit more cheerful than the doomsday ISIS sermons, the ones punctuated with cries of “Death to America. Death to the infidels.” | Bridge Detroit>>

U.S. and coalition airstrikes in December killed an estimated 2,500 Islamic State fighters in Iraq and Syria and another 60 in the first few days of January, a U.S. military spokesman in Baghdad said Wednesday. | Military.com>>

The Air Force saw an increase in major accidents involving on-duty airmen in fiscal 2015, after the safest year on record in 2014. | Air Force Times>>

The Pentagon is fundamentally changing the way it recognizes service in a combat zone by tightening the criteria for awarding the Bronze Star and creating a new “C” device that can be pinned to other traditionally noncombat awards. | Military Times>>

In 2007, Michael Sandoval, a corporal in the U.S. Marine Corps, was on patrol in Iraq when an Iraqi soldier nearby stepped on an IED. | The Huffington Post>>

Software and technology rank among the top jobs in the country, but military veteran David Molina fears that the country’s military veterans aren’t getting the support they need to successfully land tech positions when transitioning into the workforce. | GeekWire>>

Military Doctors Fault Pentagon Over Battlefield Casualty Care
Top military doctors are warning that medical advances won on Afghan and Iraqi battlefields might be lost unless Secretary of Defense Ash Carter orders the Pentagon to make these techniques, drugs and devices mandatory for military physicians, nurses and medics. | The Wall Street Journal>>

The Department of Veterans Affairs expects up to 15,000 seriously ill veterans who served at Camp Lejeune, N.C., before 1988, when base drinking water was contaminated, to be helped by a faster-track compensation process proposed last month. | Military.com>>

The Pentagon is beginning “site assessments” of six military bases, some as far north as North Dakota and Massachusetts to house a new wave of illegal immigrants that have entered the U.S. via Mexico illegally. | The Washington Times>>