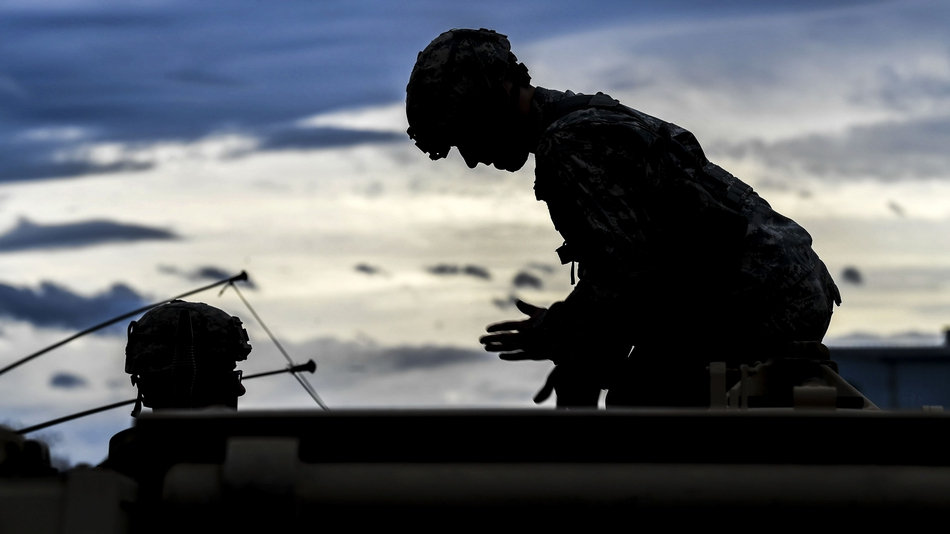 The comments come as legislation to overhaul the Department of Veterans Affairs health care offerings sits stalled in both the House and Senate, due to a series of budget and eligibility concerns. Senate Veterans’ Affairs Committee Chairman Johnny Isakson, R-Ga., had asked for the feedback from the White House in hopes it would serve as “a catalyst” to restart talks. |  Military Times >>

Chronic pain is the most common ailment that VA doctors treat, Hayes said. It affects about half of veterans, and three-fourths of women veterans, he said. In 2012, 2 million veterans nationally had some kind of chronic-pain diagnosis, and about a third of those patients were on opioids, Hayes said. About 40 percent of returning veterans have post-traumatic stress syndrome, which further complicates pain treatment, he said. | Winston-Salem Journal >>

The U.S. Department of Health and Human Services’ Centers for Medicare and Medicaid Services and the Department of Veterans Affairs have partnered to share data, analytics and best practices to curtail the fraudulent claims paid by the agencies. The partnership is designed to leverage CMS’ programs and tools and apply them to the VA’s programs. Under VA Secretary David Shulkin, MD, the VA has been working to modernize the agency and improve healthcare for veterans. President Trump has made the reform effort a top priority, vowing to investigate misconduct. | Healthcare IT News >>

A federal judge late Tuesday said U.S. authorities must give 72 hours’ notice before transferring an American held for four months without charges in Iraq to another country, to give his attorneys with the American Civil Liberties Union time to contest a move. | The Washington Post >>

Save the Children has temporarily suspended all of its operations in Afghanistan, after gunmen carried out a brutal attack on its provincial office in Jalalabad on Wednesday, killing three staff members in an assault that also included explosives. “All other staff have been safely rescued from the office,” Save the Children president and CEO Carolyn Miles said. “Four [staff members] were injured in the attack and are receiving medical treatment.” | NPR >>

The problem is that, even after 17 years of hard lessons to the contrary, most Americans – and administration spokespeople – insist on viewing ISIS as a linear, conventional threat. A quick look at color-coded Syria maps gives the obvious impression that ISIS as a conventional military force indeed has receded. Plentiful U.S. airstrikes, ample American advisory teams, and local Kurdish ground troops combined to devastate Islamic State’s fighters – which is a positive development. | The Hill >>

The decision comes a year after the first women began enlisting in the ground combat units, and it will send female officers to Fort Carson in Colorado, Fort Campbell in Kentucky, and Fort Bliss in Texas. The increase – from two bases now to five – means that there will be women in infantry and armor units at 45 percent of the Army installations that have combat brigades. Until now, the integrated units were only at Fort Hood in Texas and Fort Bragg in North Carolina. |  U.S. News and World Report >>

Breaking rocks is not “punitive punishment,” such as confinement or brig time as a result of a court-martial, Moschetto said. The purpose of correctional custody is “to correct the negative attitudes and motivations of junior enlisted members in order to allow them to meet their initial service obligations.” | Task and Purpose >>

“The aircraft systems performed as designed and notified the pilot of the issue,” 1st MAW spokeswoman 1st Lt. Karoline Foote told Stars and Stripes in an emailed statement. “The aircrew performed as trained and chose the safest option, landing the aircraft in accordance with standard procedures.” Marine officials sent a maintenance team to the site Wednesday to inspect the Viper and fix any issues to ensure that it was safe to return to Futenma. | Stars and Stripes >>

Two former marines have embarked on a 1,300 mile trek along one of the longest rivers on the African continent. Their trek will eventually take them across three countries. Glen Steyn and Alex Davidson set off of Saturday, making their way through Lesotho, South Africa and Namibia as part of Exped Orange. The duo will follow the Orange river from its source in Lesotho, near a small village called Kwazulu Natal. They will then walk along its banks for more than 1,367 miles to the Atlantic Ocean. | Forces Network >>

It’s something the Winter Garden resident never imagined he’d get to do himself. But now, glass-blowing is one of the the things the U.S. Navy and Army veteran considers therapeutic. The Iowa native spent three years active in the Navy in San Diego and then three years in the reserves back home in Iowa. After 9/11, he decided to go back into the Navy – but not before a fight with cancer. | Orange Observer >>

“It is a dream of mine to cycle across the United States. I choose the Southern Tier for it is only 3,142 miles across the United States and has only one mountain range,” Sefcik said. “Then I thought, ‘If I am going to cycle 3,142 miles, I am going to do it for someone other than myself,’ and chose a way to help my fellow veterans to support the challenges many of them face today.” | Journal & Topics >>