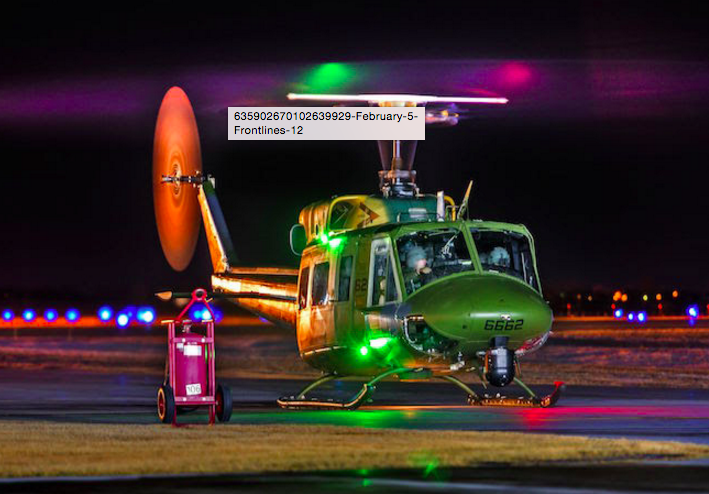 What Might Have Saved These Veterans?
At least 27 veterans under age 45 died by suicide in San Diego County between 2014 and the first half of 2015. For them, there was no retirement, no second career, no time spent watching their children grow. The majority suffered from depression or post-traumatic stress disorder after serving in a combat zone since the Sept. 11, 2001, attacks. Their experience defies academic research, which says troops who deploy are not more likely to die by suicide. | San Diego Union-Tribune >>

Outgoing Afghanistan general: U.S. military needs to do more to beat back Taliban
The commander of U.S. and NATO troops in Afghanistan has presented military leaders with recommendations that, if approved, would further expand the U.S. military role in helping local forces confront the Taliban and other militants. | Washington Post >>

VA: Incorrect wait times reported at Colorado Springs clinic
Workers at a Colorado Springs VA clinic incorrectly reported that some veterans got appointments sooner than they actually did, while at least 288 veterans had to wait longer than the government’s 30-day target, federal investigators said Thursday. | AP >>

Afghanistan expects to hold direct talks with the Taliban by the end of this month, an official said Sunday. Foreign Ministry spokesman Ahmad Shakib Mostaghani told reporters that Afghanistan, Pakistan, China and the United States agreed on a roadmap toward peace talks at a meeting in Islamabad the day before. He said the government hopes to “put an end to the futile violence which is imposed on our people.” | AP >>

Two radio journalists were hospitalized, one of them in a coma, after being attacked by gunmen in northern Afghanistan, the police and one of the victims said Saturday. It was the latest in a series of attacks on members of the Afghan news media. | New York Times >>

Lt. Gen. John “Mick” Nicholson will be the new commander of United States forces in Afghanistan following a quick confirmation vote in the Senate on Thursday. | Stars and Stripes >>

A new White House report has determined the number of Islamic State militants in Syria and Iraq has plummeted from 31,000 to just 25,000. This doesn’t mean the Islamic State has ceased to be a threat, White House Press Secretary Josh Earnest explainedThursday. Rather, it shows ISIS influence is starting to wane and the propaganda is starting to lose its hold on militants. Casualties from the battlefield also played a part in the lower number, Reuters reports. | The Daily Caller >>

Three members of Britain’s special forces were injured in fighting with Islamic State gunmen in Iraq, the Mirror newspaper reported on Saturday without giving any details about its sources. | Reuters >>

Iraq’s minister of water resources on Saturday played down warnings that Mosul dam will collapse, estimating only a “one in a thousand” chance of failure and saying the solution was to build a new dam or install a deep concrete support wall. The U.S. military has warned that a collapse of the 3.6 km-long (2.2 mile) hydroelectric dam located near Islamic State-held territory in the country’s north would be catastrophic. | Reuters >>

In an apparent move to show how serious the Pentagon is about countering conventional threats such as Russia and China, Secretary of Defense Ashton B. Carter announced Wednesday that the U.S. Navy would get a new ship-killing missile. | Washington Post >>

Spectators who braved chilly winds lined both sides of the street Saturday as more than 5,000 Marines and sailors paraded as part of the 2nd Marine Division’s 75th anniversary celebration. | Marine Corps Times >>

Retired Navy veteran Michael Davidson made a few bold decisions before landing his dream gig with Team Rubicon. “Welcome to the team. Don’t F@ck It Up!” Message received at 11:42 a.m. on Monday, July 6, 2015. This text was from Team Rubicon CEO, Jake Wood, and this was my first day on the job. | Medium >>

Kathleen Sweeney’s voice is soothing as she begins the yoga class. This is not your typical yoga class. The mats, pillows and blankets are spread out on the hardwood floor, not just any floor; it’s the Upper Darby Marine Corp League’s meeting room. Her students are combat veterans. Some bring their wives or significant others. | Delaware County News Network >>

Rob Henderson served as a staff sergeant at the Ramstein Air Base in Germany for 3½ years, working on aircraft defense. Today, he is a 26-year-old sophomore at Yale University, majoring in psychology, after being out of school for eight years and working through doubts about his ability to transition into academic life. | New Haven Register >>

The final two Democratic presidential candidates both vowed Thursday not to send combat troops into Iraq and Syria if they become commander-in-chief, but they also hinted that the U.S. deployments in Afghanistan could continue well into the future. | Military Times >>

With just days before the second primary contest of the 2016 election, the Republican presidential candidates faced a gauntlet of national security and veterans questions in the eighth national debate on Saturday. | Military Times >>

As the U.S. military prepares to open all jobs to women beginning this year, a rift has emerged: Key decision-makers in the Defense Department and Congress seem to agree that the U.S. government needs to review its law outlining any future military draft, but differ on how any policy change should be made. | Washington Post >>