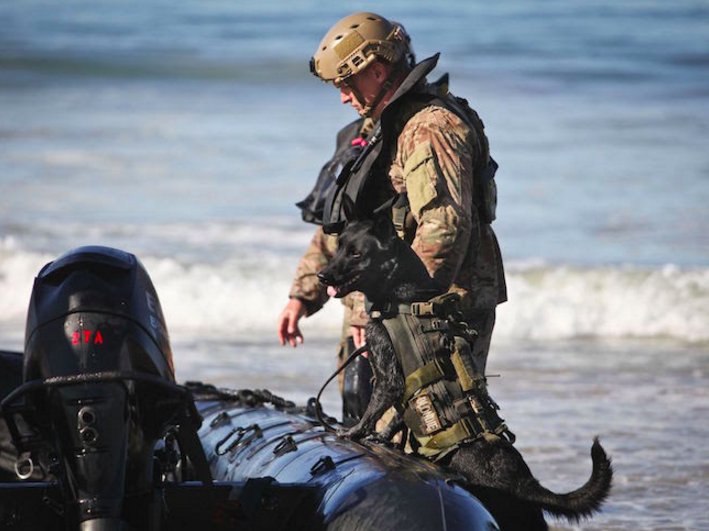 ‘I’m A Female And I’m A Veteran … Those 2 Things Are Not Mutually Exclusive’ When the military opens front-line combat roles to women soldiers – across all branches – in April, it will mark the culmination of a years-long process, which was often subject both to consternation and controversy. It will also mark a historic first for a female service members, many of whom enlisted decades ago in a very different kind of military. | NPR >>

Enlisted chiefs tell Congress pay fears are hurting morale
The military services’ top enlisted leaders pointed out retirement confusion, housing deterioration and slow growth in overall compensation among top quality-of-life concerns for troops and families at a congressional hearing Friday, where a California Democrat on the panel of lawmakers described his own expected $60,000 federal retirement as “not a lot” and said it’s “unfair for people to say” military compensation is “just not enough.”|Military Times >>

Two separate terrorist attacks killed at least 27 people and wounded dozens Saturday in Afghanistan, and created a powerful explosion that ended a three-week lull in major violence here in the capital. | Washington Post >>

The U.S. military is paying hundreds of thousands of dollars to wounded survivors and relatives of the 42 Afghans killed when an American AC-130 gunship attacked a hospital run by Doctors Without Borders, which says the “sorry money” doesn’t compensate for the loss of life. | Associated Press >>

Senior Chief Special Warfare Operator Edward Byers is just looking forward to getting back to work. On Monday, the 36-year-old SEAL will receive the Medal of Honor, the nation’s highest military award, for his role in the daring 2012 hostage rescue of an American aid worker, Dr. Dilip Joseph, in Afghanistan. But don’t expect him to rest on those laurels. | Military.com >>

Militants attacked an outdoor market on Sunday in eastern Baghdad, killing at least 59 people and wounding nearly 100, officials said. A bomb ripped through the crowded Mredi market in the Shiite district of Sadr City, a police officer said. Minutes later, a suicide bomber blew himself up amid the crowd that had gathered at the site of the first bombing, he added. | Associated Press >>

Kurdish authorities said on Friday they were investigating another suspected chemical attack by Islamic State militants against peshmerga fighters in northwestern Iraq this week. | Reuters >>

The United States and its allies targeted Islamic State in Iraq with 14 strikes on Friday and also hit the militant group with eight strikes in Syria on the same day, the U.S. military said on Saturday. Seven of the strikes in Iraq were near Mosul in the north, hitting two Islamic State tactical units and five fighting positions, the military said. |Reuters >>

It was supposed to be a U.S.-led naval training maneuver off the coast of West Africa when real-life drama intervened, with pirates taking over an oil tanker and turning the exercise into a rescue mission. | Associated Press >>

As the Marine Corps closes in on the end of a years-long drawdown that involved shedding thousands of troops annually, there aren’t as many leathernecks to fill some of the most vital roles in the service. That means leaders will have to take a more active role in helping the Corps retain the best and brightest Marines. | Marine Corps Times >>

It’s an image that is being picked apart by military aviation experts around the world. The first official drawing of the U.S. Air Force’s B-21 bomber. Air Force Secretary Deborah Lee James unveiled the artist rendering Fridaybased on the initial design concept. | CNN >>

You can see “An Iliad” at the Black Box Theatre, but don’t expect to see the typical Rep’s high production pizazz. This is the first show to be performed off campus for The Rep, and it will be stripped down, intimate and strays from the traditional war tale. | KTHV >>

Duluth holds a special place in her memories of eight years in the U.S. Army, and it was important to her that she join the Nearly Naked Ruck March in Duluth on Saturday to raise awareness for veterans – the 4.5-mile march ended near where she and her husband were married on Canal Park’s Lakewalk in a quick wedding in April 2006 after Bandelin received a letter recalling her into the Army to serve in Iraq. | Duluth News Tribune >>

The wounds of war go beyond physical pain and injury: They can lurk deep in the minds and souls of veterans who have seen and felt too much. Healing those wounds often means traveling a long, hard road. And for some veterans, that’s best done on a bike. | The Coloradoan >>

U.S. Sen. Kirsten Gillibrand, D-N.Y., on Thursday announced she and Sen. Joni Ernst, R-Iowa, jointly wrote the federal Department of Veterans Affairs urging the department to establish a procedure to make sure veterans who seek medical assistance or information have adequate nutritional food. | The Post Star >>

The Veterans Affairs Department has a plan to finally get rid of more than two dozen long-standing cybersecurity weaknesses throughout the next 18 months. LaVerne Council, the assistant secretary of the Office of Information and Technology and chief information officer at VA, said the new enterprise cybersecurity team has a strategy to fix all 30 material weaknesses highlighted annually by auditors for much of the last 17 years. | Federal News Radio >>