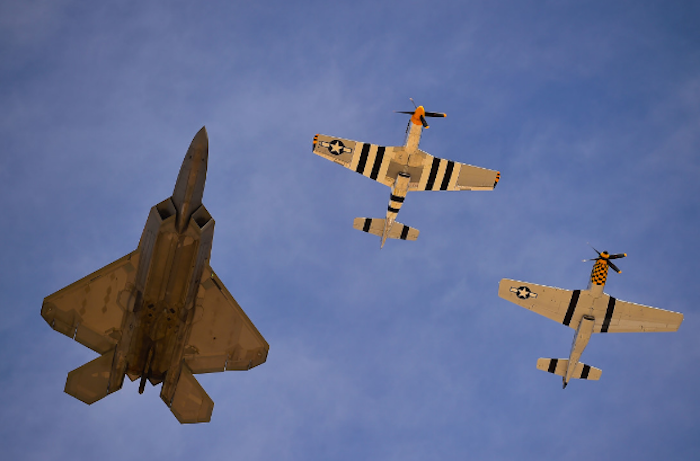 Here’s something that kind of slipped under the radar during the December 2016 transition period: President Obama signed H.R. 6416, a bill that says National Guard and Reserve retirees who had zero active duty time are now eligible to be referred to as veterans. | Military.com >>

In the first six years after the rollout of the multibillion-dollar Post-9/11 GI Bill, more than half of the veterans using the education benefit completed their degrees. Through September 2015, about 453,000 degrees were earned. | Task and Purpose >>

Iraq opened the next chapter in its offensive to drive the Islamic State out of Mosul on Sunday, preparing an assault on the western half of the city. Overnight, planes carpeted the ground with leaflets, directly appealing to the group’s fighters to surrender. | The New York Times >>

Defense Secretary Jim Mattis said he plans to make some decisions soon on whether to recommend an increase in the number of U.S. troops in Afghanistan and whether the totals should be based on military requirements rather than pre-set limits. | The Florida Times-Union >>

Oil Minister Jabar Ali al-Luaibi said in a statement Sunday that the increase comes from seven oil fields in central and southern Iraq, without naming them. He says Iraq will ask the Organization of the Petroleum Exporting Countries to adopt the new figure. | US News and World Report >>

Trump, who is spending the weekend at his private club in Florida, plans to spend Sunday interviewing at least four candidates to be his new national security adviser. The meetings come as he seeks to refocus his struggling administration after weeks of tumult. | Military Times >>

A United States aircraft carrier strike group has begun patrols in the South China Sea amid growing tension with China over control of the disputed waterway and concerns it could become a flashpoint under the new U.S. administration. | Reuters >>

Trump faces skeptical Democrats whose support he’ll need and resistance from fiscal conservatives opposed to repealing a 2011 law that set firm limits on military and domestic spending. Unless the president figures out a way to mollify the disparate camps, he’ll have a tough time delivering on a signature campaign promise to rescue the armed forces from a festering financial crisis. | Military.com >>

“The veterans bring the stories and we bring the songwriting experience. All of the songwriters we use are pros who have been at this for many years and decades. We sit in a room together, listen to their stories, pick out pieces and make it rhyme,” he said. | WINK News >>

“The major benefits are more on the emotional realm,” Louis McGranaghan, chief physical therapist for JBLM’s Warrior Transition Battalion, told Fox News. “There’s certainly a thrilling adrenaline rush because you’re eye to eye with these creatures; [it’s] an emotionally driven experience, so one aspect is for each soldier to manage those emotions in an appropriate way.” | Fox News >>

“The services we’ve got here are all on a voluntary basis but they’re drawn from not only the veterans community but from the general population. From housing, to food, to haircuts, to simple things like a phone card to make a call to a parent they haven’t seen in awhile,” said Greg Jacobs, co-founder of ‘Stand Down’ events. | Fox 6 News >>