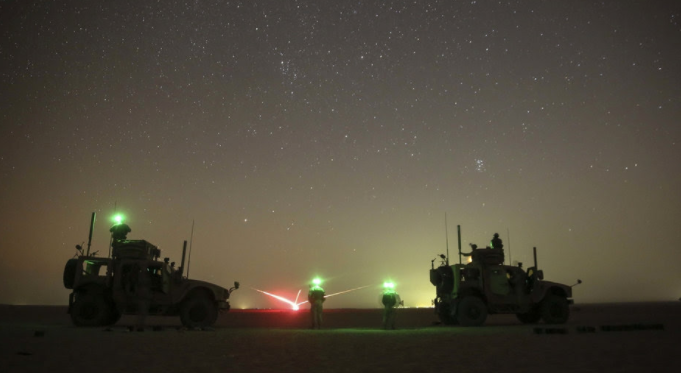 Some of his patients already have suffered complications. Schneider performed four brain surgeries in a span of four weeks on one 65-year-old veteran who died in August, according to interviews with Schneider and family members. He has performed three spine surgeries on a 77-year-old Army veteran since July – the last two to try and clean up a lumbar infection from the first, the patient said. | USA TODAY >>

The agency has released few additional details about the program. But Office Depot says it’s finalizing a deal with the VA to print and distribute the card at no cost to veterans. A prototype card leaked in October carried the Office Depot logo, though the design of the actual card has not yet been released. | WUSF >>

The VA conceded it was an “off-label” use of the treatment, which uses pressurized hyperbaric chambers to send higher oxygen levels to patients. All therapies will be supervised by a physician, and the VA and Defense Department are planning more research to study its effectiveness, the agency said. | Stars and Stripes >>

The “Red Unit” is thought to be equipped with advanced weapons, including night vision scopes, 82mm rockets, heavy machine guns and U.S.-made assault rifles, according to the Afghan military. It is thought to have about 300 members, and has launched surprise attacks on Afgan forces using Russian-made night vision goggles. | Newsweek >>

“I sent a note. I sent it because he had indicated that forces under his control might in fact threaten US interests in Iraq,” Pompeo said at a defense forum at the Ronald Reagan Presidential Foundation and Institute in Simi Valley, California. “He refused to open the letter – didn’t break my heart to be honest with you. | The Guardian >>

“We’re working very hard to gain more understanding of the networks,” Nahom said. The drug business was a natural place to start. The Pentagon estimates that half the Taliban’s revenues came from the drug trade, allowing the militants to pay fighters and buy weapons. The Taliban “taxes” poppy farmers and also refines the harvest into heroin. | WBIR >>

The number of waivers granted by the active-duty Army for marijuana use jumped to more than 500 this year from 191 in 2016. Three years ago, no such waivers were granted. The big increase is just one way officials are dealing with orders to expand the Army’s size. | Army Times >>

Mattis said he wants to work with Pakistan to address the problems, adding that the U.S. is committed to a pragmatic relationship that expands cooperation while also “reinforcing President Trump’s call for action against terrorist safe havens.” | Stars and Stripes >>

In a video briefing Tuesday from Kabul to the Pentagon, Nicholson also said that Lt. Gen. Tariq Shah Bahrami, the acting Defense Minister of Afghanistan, will sign this weekend “a child protection policy which will set clear procedures and hold those accountable who violate the rights of children.” | Military.com >>

Andrew Lewis, age 30, of Dauphin County, PA is one of those individuals. But rather than simply complain that not enough Conservative legislation is being passed in Congress, the devoted father of three, small business owner, and Army combat veteran is taking his fight to D.C. himself; Lewis is running for Pennsylvania’s 11th district congressional seat. | Townhall >>

Scoville is a mom, a Navy veteran who served in Iraq and a physician who works part time in the emergency room at DePaul Hospital in Bridgeton. She and her small staff are figuring out how to market on social media, which is often about having a clever catchphrase or eye-catching photo.  | STL Today >>

U.S. Army veteran Nathan Rimpf hand-cycled the half marathon with dozens of other disabled athletes under Achilles International. Rimpf, who turned 30 on Sunday, served in the Army from 2010 to 2014 and while in Afghanistan in 2012 stepped on an enemy land mine and had to have both legs amputated. He didn’t care what time he finished at, he was just happy to hear the cheers from the crowd and see the sun rise over the Intracoastal. | Palm Beach Post >>