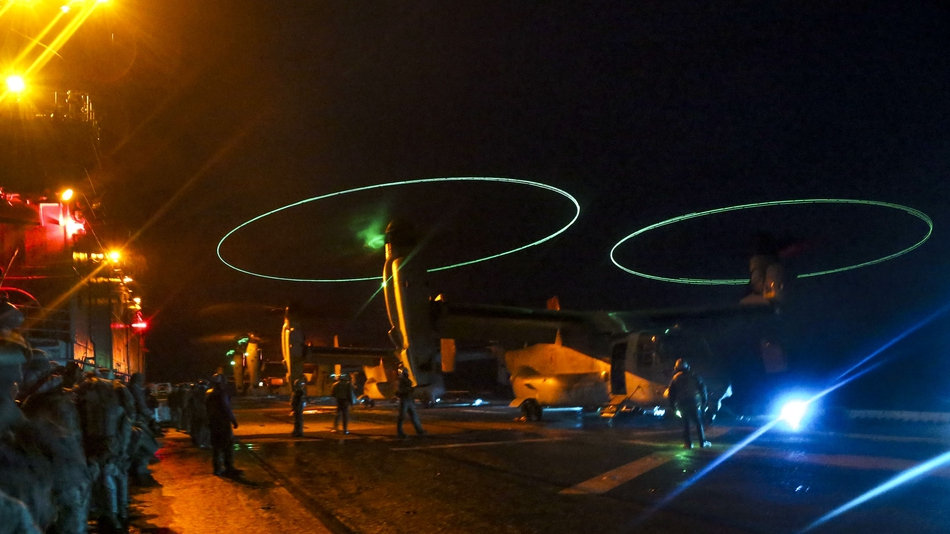 An increasing number of military veterans will return home to Utah during the holidays. An organization focused on veterans is working to help family members manage what can be a difficult transition. | UPR >>

A majority of American-trained doctors spend time working in a VA hospital. During education and training, I rotated in and out of three of the system’s “best” VA facilities. As a young professor, I spent part of my time for eight years heading a surgical subspecialty program at one of those hospitals. I had no misconceptions of joining an outstanding health-care system but I was determined, as are many of my colleagues, to make a difference for the veterans under my care. | The Hill >>

The agency is required to include a notice in the Federal Register informing veterans the anticipated last date that the Veterans Choice Program will have money to operate. The notice was published Wednesday and stated the program would be bankrupt sometime between Jan. 2 and Jan. 16. The VA could not pinpoint a date “due to the unique nature of health care and the variability in health care costs,” according to the notice. | Stars and Stripes >>

The price Mosul’s residents paid in blood to see their city freed was between 9,000 and 11,000 dead, a civilian casualty rate nearly 10 times higher than what has been previously reported. The number killed in the 9-month battle to liberate the city from the Islamic State marauders has not been acknowledged by the U.S.-led coalition, the Iraqi government or the self-styled caliphate. | The Associated Press >>

In the years after the Taliban’s ouster from Kabul, Dostum found his access to resources gradually diminishing. He was unpopular in Kabul, and when the Afghan Military Forces were demobilized from 2003 to 2005 to make way for a new and more professional army, many of his commanders found it harder to find employment than those from other factions (even though Jombesh was well represented in both Faryab and Jowzjan local administrations). Many had no option but to go home and wait for better times. | War on the Rocks >>

At least one aircraft was slightly damaged because of the incident, the Air Force said. “The damage sustained to the aircraft was negligible, but we are unable to provide any further details at this time,” Capt. Lauren Ott, a spokeswoman for U.S. Air Forces in Europe, said Wednesday. | Stars and Stripes >>

There is something vindicating about seeing the faces of “the silence breakers” on the cover of Time Magazine’s latest Person of the Year issue. These women (and men) had the courage to publicly call out sexual misconduct by powerful men in Hollywood, and their recognition is special for every person who has experienced sexual misconduct and felt the pressure to stay silent about it. | Task and Purpose >>

Whether Talbott will have an opportunity to enlist hangs on a D.C. Circuit Court of Appeals decision. The Trump administration has appealed a lower court’s decision that rejected their request to delay a Jan. 1, 2018, deadline to begin accepting transgender recruits. Talbott is a plaintiff in the lawsuit. He said if the circuit court decides in their favor, he’ll “absolutely” be enlisting immediately after. | Military Times >>

For Gina Ortiz Jones, the military was more than just a career: it was a path to the American Dream. “I know what it’s like to be on free and reduced lunch. I know what it’s like to live in subsidized housing,” Ortiz Jones said in an interview with the HPR. Ortiz Jones won an ROTC scholarship to study at Boston University; after graduation, she served a total of more than 15 years in the U.S. Air Force and the national security sector. | Harvard Political Review >>

Last week, servicemen and women came to Aspen to participate in the first-ever Military Ski Week. The non-profit Challenge America offered discounts on lift tickets and lodging for the military community – and some time to heal and reconnect. Stacy Bare spends a lot of time in the mountains, but he said one day rises above the rest.  | Aspen Public Radio >>

“About a year ago a buddy of mine took his life and that got me really emotional,” DiVita said, noting they served in the Marine Corps together for about three years. After hearing of his friend’s death, he started researching the others from his platoon. He found out that another cohort “fell apart so bad that he ended up doing two years in prison.” | Mountain Democrat >>