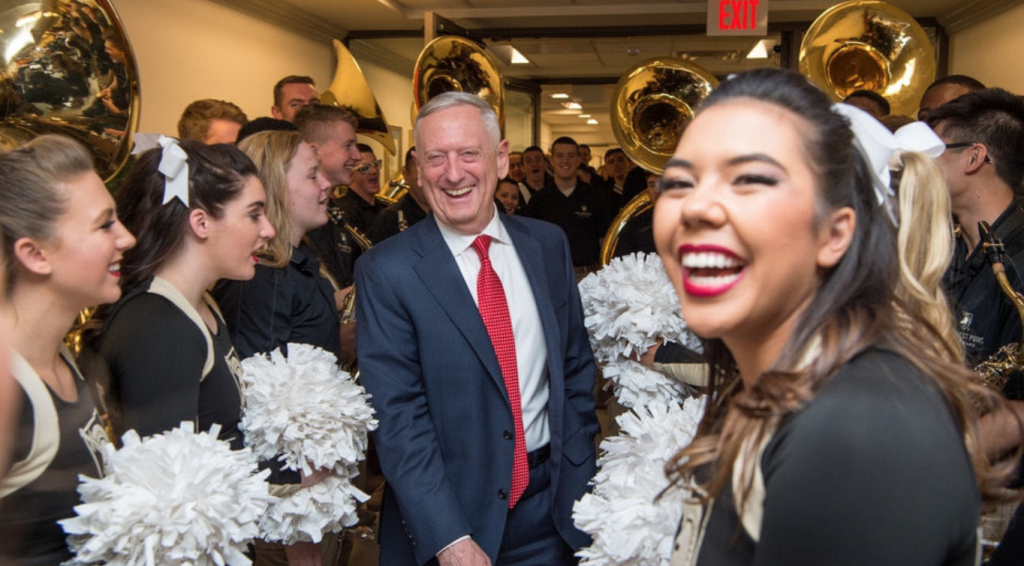 Shulkin warned it could lead to diminished access to health care for veterans. The Choice program was established in 2014 to improve VA wait times and allow veterans to receive treatment closer to their homes. Since it was implemented, 1.9 million veterans have used the program at some point, and about one-third of VA medical appointments are completed in the private sector, according to the VA. | Military.com >>

When Navy veteran Isaac Daniel retired after 22 1/2 years of service, he qualified for disability benefits due to knee issues and near fatal intestinal problems. He started receiving monthly disability payments of $1,100 in 2006. That’s in addition to his retirement check of $1,200 per month. | NBC Washington >>

“What I’ve found is, a lot of our older veterans really don’t like the experiences they’ve had over the telephone, so when they get the opportunity to see the person they feel is associated with their claim, it eases their tension and I can answer a lot of those questions that the representatives on the phone may not be able to,” Gordon said. | THV 11 >>

Three days after declaring victory over the Islamic State group, Iraq’s prime minister warns that the group’s extremists might “erupt again somewhere else” without international cooperation in combatting the militants. Prime Minister Haider al-Abadi told reporters Tuesday that “we have managed to break them” in Iraq, but added that it’s a worry for everyone that IS has “this unfortunate ability to recruit young people very quickly.” | The Washington Post >>

For archaeologists, Afghanistan is virtually off-limits for fieldwork, as Taliban forces battle the Kabul government in far-flung provinces and security remains tenuous even in the capital. Yet U.S. and Afghan researchers are now finding thousands of never-before-cataloged ancient sites in the country, which for more than a millennium served as a crucial crossroads linking East and West. The discoveries promise to expand scholars’ view of long-vanished empires while giving the battered nation a desperately needed chance to protect its trove of cultural heritage. | Science Magazine >>

Cutting to the chase…what is better about this new weapon? Fans of the new weapon are citing factors like better accuracy and tighter dispersion that will enhance soldiers’ lethality. It is also hailed for being easy to use, as well as more comfortable and efficient. Read on for more details | Fox News >>

New data submitted by the Government Accountability Office in response to questions from Rep. Joe Courtney, a Connecticut Democrat, confirmed CNN’s previous reporting that both the McCain and Fitzgerald failed to fulfill key training qualifications ahead of the incidents that occurred this summer. | CNN >>

An Army soldier has died from severe injuries he suffered during “live fire” training at Fort Stewart. Officials at the Army post in southeast Georgia said in a news release that 31-year-old Sgt. Michael Trask of Olalla, Washington, died Tuesday at a hospital in nearby Savannah. | Miami Herald >>

LEEK was founded in 2008 by Fairview Township residents Ed and Kate Fisher. When Ed retired from the Army in 2007, he knew two things – he loved to hunt and fish, and he missed being around other soldiers. He started to develop a business plan for a nonprofit that would serve America’s wounded and injured veterans by giving them a chance to hunt and fish again. It took off. | York Daily Record >>

In Darling’s enlisted in the U.S. Army after 9/11, and worked six deployments as an Army Ranger in Iraq and Afghanistan in four years. After returning to South Carolina, he dealt with depression and a few run-ins with the law before turning to farming for a new purpose and to relieve PTSD. The Farmer Veteran Coalition provided assistance in connecting Darling with local resources and in 2015, he was able to purchase his own land. Currently, he and his wife Tara raise chicken, turkeys and hogs on a farm near McClellanville. | The State >>

“This is a symbol of respect, honor, and showing our appreciation for their service to country and for choosing UAB,” said Veterans Services Director Walter C. Stewart III. “This is the first semester that UAB Veteran Services is recognizing the achievement of the university’s graduating veterans excelling in the classroom. Their motto is ‘Coming from the Battlefield … Excelling in the Classroom.'” | UAB >>