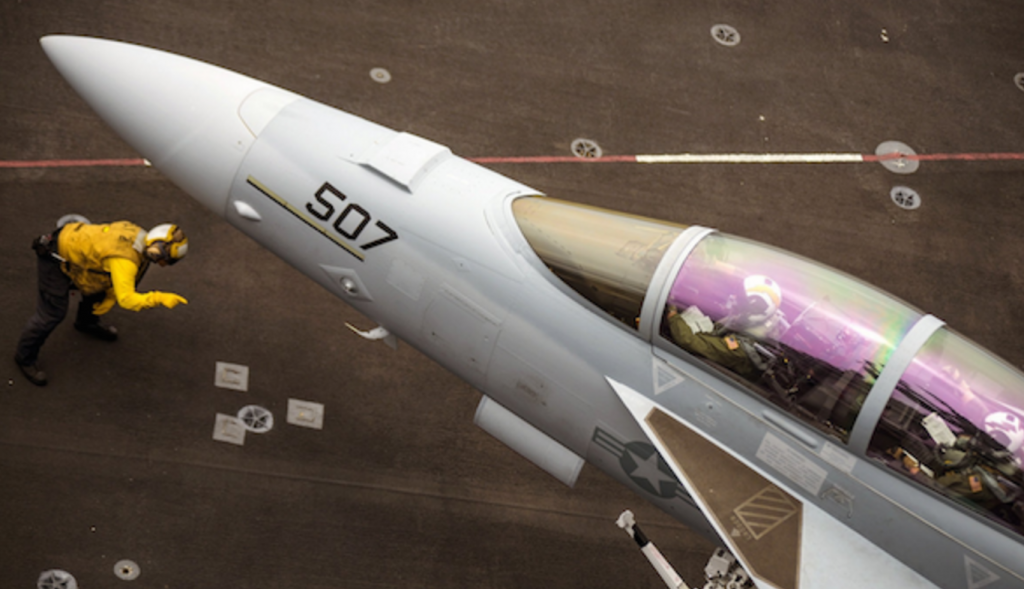 Many of the changes had been years in the making. Other desired fixes still have to be fought for, like a provision to close a loophole that effectively encourages for-profit colleges to target veterans for their G.I. benefits. “It’s a good expansion, but we’re not done,” Mr. Rieckhoff said. “The way we look at it, you have to gain ground when we can, and you have to defend ground when we can.” | The New York Times >>

The Trump administration on Thursday announced a new effort to expand veterans’ access to telehealth services around the country, which includes a new app that will let veterans make healthcare appointments from their cellphones. | The Washington Examiner >>

Being a veteran is tough duty, for sure. Many vets believe they are “not sick enough.” They think they should “save the benefits for someone who really needs them.” The truth is, former service members often go without services they truly need. | Coastal Journal >>

Many vulnerable rural families in Iraq will now be able to safely receive income thanks to a newly adopted mobile money transfer technology that is part of a cash-for-work program to rehabilitate farming infrastructure, according to the United Nations agriculture agency. | UN News Centre >>

A suicide bombing attack on a NATO convoy in southern Afghanistan on Wednesday left two American service members dead, a Pentagon spokesman said, despite repeated refusals by the U.S. military in Afghanistan to say whether there were any deaths in the assault claimed by the Taliban. | TIME >>

When the Afghan female robotics team, made up of teenage students from the western city of Herat, finally made it to a global competition in the United States, the cameras were focused on them. Here was a glimmer of hope from a place so often associated with bloodshed. The girls had made it against all odds, including being denied visas twice. | The New York Times >>

The US Marine Corps wants to add another title in front of some of its officers’ ranks: Doctor. The service is establishing two pilot programs to offer qualified majors through lieutenant colonels with a doctorate-level education on the Corps’ dime, as long as they agree to stay in the service for an additional six years. (Photo Right) | Business Insider >>

The U.S. military is moving toward more global exercises to better prepare for a more assertive Russia and other worldwide threats, a senior officer said in an interview with Reuters. Air Force Brigadier General John Healy, who directs exercises for U.S. forces in Europe, said officials realized they needed to better prepare for increasingly complex threats across all domains of war – land, sea, air, space and cyber. | Reuters >>

“When they reached out about climbing Kili, in short, it’s raising money, but it’s a challenge in and of itself,” Storey told Fox News on Thursday. “I am not letting my injury define me and I want to show that we can do anything and nothing is impossible.” | Fox News >>

Dan Nevins, a yoga instructor and U.S. Army Iraq combat veteran who lost both legs below the knee in a roadside bomb attack while he was serving in Iraq in 2004, joined the regularly scheduled yoga class Tuesday at the Huntington VA Medical Center as a guest instructor and inspirational speaker. (Photo Right) | Herald-Dispatch >>

Here at 13,000 feet, where storms sweep the ridges clear of trees and the quiet seems to stretch as far as the views, a group of combat veterans pressed on wordlessly on a blustery July morning, searching for something each had struggled to find since coming home from war: peace. The group was almost halfway through a 3,100 mile hike along the Continental Divide from Mexico to Canada. | The New York Times >>