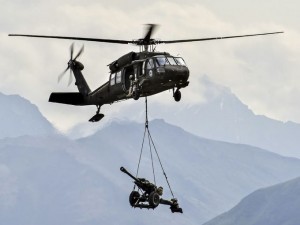 Demand for Department of Veterans Affairs services is going up, but so are losses among the agency’s health-care providers. Annual VA outpatient medical appointments rose by 20 percent, or 17.1 million visits from fiscal 2011 through 2015, according to a new Government Accountability Office report. | Denver Post >>

“I’ve never seen a more unified and aggressive response from the military and the veterans communities,” said Paul Rieckhoff, founder and CEO of Iraq and Afghanistan Veterans of America, who is a signatory. “This is unprecedented.” | The Hill >>

“What the Senate proposal fails to recognize is that the housing allowance, despite its name, is not really about housing at all,” he wrote. “Congress has used the housing allowance to increase cash compensation for the military, and it’s a smart way to do that because it doesn’t incur additional liability for retirement pensions.” | Military Times >>

The Iraqi government and security forces in Baghdad want beefed-up security in the city and coalition forces want the ability to counter unmanned aircraft threats from the Islamic State group, according to Joint Improvised-Threat Defeat Agency officials recently returned from a trip there. | Defense News >>

Afghan security forces say they have captured the Islamic State (IS) group’s regional headquarters in the eastern Nangarhar province of Afghanistan. IS militants have been using the so-called Welayat-e Khorasan (Khorasan province) base for the recruitment and training of fighters in the Haska Mena district of Nangarhar, which borders Pakistan, Afghan authorities say. | Voice of America >>

The Islamic State of Iraq and Syria (ISIS) group is still committing genocide and other crimes against the Yazidi minority in Iraq, a United Nations commission investigating human rights abuses in Syria said on Wednesday. The commission’s statement – released on the second anniversary of the initial ISIS attack on the Sinjar area in Iraq – urged action to prevent further death and suffering. | CBS News >>

“I experienced nothing but love and camaraderie from all the Marines I served with,” said Mr. Rashid, who joined the Marines in 1997. “I was often the first Muslim many of them had ever met, but there was no racism, no bigotry. It doesn’t really matter your faith: We were all Marines first.” | The New York Times >>

Marine Corps AV-8B Harriers launched from the Wasp carried out at least two airstrikes Monday in an attempt to retake the coastal city of Sirte from Islamic State militants, the official told The Virginian-Pilot. The Harrier is a vertical-short takeoff and landing jet primarily used for close air support and attack missions. | The Virginian Pilot >>

Kenyan-born runner Hillary Bor won’t be content with just wearing the red, white and blue at the Olympics. He’s willing to protect his new country, too. The sergeant in the U.S. Army heads to Rio this month while his unit — which includes his older brother — is already deployed to Afghanistan. Bor stayed behind this time, but it could be his turn soon. | Fox News >>

In the past, Lindsey trained Army Rangers, Marines and even some Navy personnel. He also once did dignitary and executive protection bodyguard work. Being on the road takes a physical toll. Lindsey said he suffers from plantar fasciitis and also has metatarsal stress fractures.| SWVAToday.com >>

Former Navy SEAL Eric Greitens introduced himself to Missouri voters earlier this year with an attention-grabbing TV ad in which he fires a military-style assault rifle into a seemingly empty field, causing a fiery explosion of a gasoline bomb. He pledged in the ad to “take aim at politics as usual.” | Military Times >>