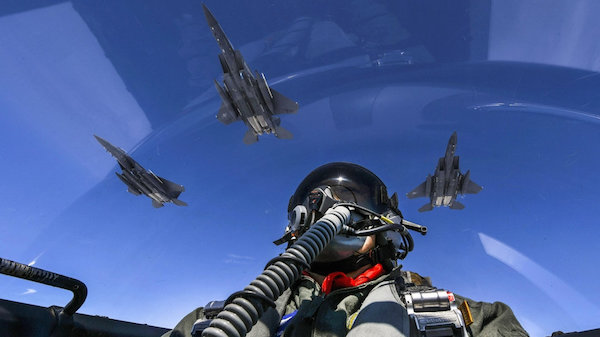 State lawmakers and veterans groups are rallying around a Phoenix homeless shelter that provides services for homeless veterans in need. It’s a fight for those who fought for the country. | ABC News >>

The Department of Veterans Affairs has officially decided to fire the former director of the VA Medical Center in D.C., The decision comes months after Brian Hawkins was demoted in April, amid allegations of widespread problems at the VA. | CBS >>

“I can confirm that two U.S. service members were killed in action in Kandarhar, Afghanistan, when their convoy came under attack,” said Pentagon spokesman Capt. Jeff Davis. “U.S. Forces Afghanistan will provide additional information as it becomes available.” | ABC News >>

Iraq started marketing a $1 billion bond on Wednesday, its first international debt issuance as a standalone credit since 2006 and an attempt to put decades of turmoil behind it. With huge oil reserves behind it, the bond was seeking to tempt emerging market investors with alluring profits — necessary to offset concerns over a history of war and the recent rise of militant group Islamic State. | Reuters >>

One senior security official put the number of foreigners fighting for both Islamic State and the Taliban in Afghanistan at roughly 7,000, most operating across the border from their home countries of Pakistan, Uzbekistan or Tajikistan, but also including others from countries such as India. | Reuters >>

Gade, who retired from the Army as a lieutenant colonel earlier this year, has spent years advocating on military and veterans’ issues, including as an adviser to former President George W. Bush. If confirmed, he and a second nominee would give the EEOC a Republican majority. | Reuters >>

A dozen F-16 Fighting Falcons and 200 Wisconsin Air National Guardsmen will arrive in South Korea this month as tensions continue to rise over the North’s nuclear and missile programs. The jets from the 176th Fighter Squadron will fly out of Kunsan Air Base during a four-month rotation, a Pacific Air Forces statement said. They will train under the direction of the 8th Fighter Wing. | Stars and Stripes >>

The U.S. watchdog tasked with overseeing the spending of billions of U.S. dollars in aid to Afghanistan said unprecedented restrictions on the movement of American government employees is sending a dangerous message to Afghan people and hinder the U.S. work in the country. | Los Angeles Times >>

Staff Sgt. Kevin Coady discovered a Purple Heart in the 1970s, and has sought the rightful recipient ever since. On Aug. 7, with the help of Purple Hearts Reunited, Coady will reunite the medal with the family of Pfc. Jack Carl Kightlinger, a Marine killed in Korea. | Military Times >>

The members of the Warriors Peer Group on Jacksonville’s Westside are trying to live normal lives after returning home from combat. The group is small – oftentimes just three men talking with each other on Thursday nights – but it has room to grow. The men all are part of a brotherhood, and each copes with some level of post-traumatic stress disorder. | The Florida Times-Union >>

When James Dever first saw the John Wayne movie “Sands of Iwo Jima” as a kid, he knew he wanted to pursue a career in the military. And after 25 years in the Marines – including training in Virginia Beach – he now works in film. | Stars and Stripes >>