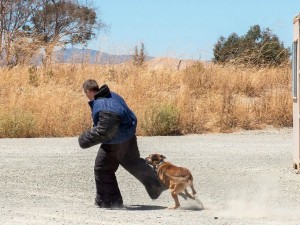 “There has been some progress but this is not time for the president to celebrate success,” Paul Rieckhoff, CEO and founder of Iraq and Afghanistan Veterans of America, said in a statement. “The VA scandal was predictable, preventable and many of the core issues still remain two years later.” | Military.com >>

The Department of Veterans Affairs admitted to a mistake. A letter to a Rio Grande Valley veteran said there was an error during the test for her traumatic brain injury. The letter explained they had a special review for traumatic brain injury claims. The VA said results showed many veterans didn’t get exams from a certified doctor. | KRGV >>

The administration said veteran homelessness has been cut 47% since 2010. On any given night, 40,000 veterans are homeless, including 13,000 who live on the streets, according to figures released Monday based on estimates and head counts of homeless veterans across the country. Those living on the street have fallen 56% since 2010, HUD and the VA say. | USA Today >>

“The SAF medical team, when deployed, will take care of both soldiers and civilians who are injured, as they did in Afghanistan,” Dr Ng wrote, referring to the Singapore Armed Forces’ previous deployment of medical personnel to Afghanistan as part of Singapore’s overall contribution to international security operations. | Today Online >>

On a recent sunny morning in northern Afghanistan, excited children and bemused policemen lined the banks of a fast-flowing river to watch a group of Europeans in multicolored kayaks navigate the white water. A drone-mounted camera also followed the kayakers’ progress, buzzing and hovering above them like a mosquito. | CBS News >>

Defense Minister Khaled al-Obeidi told lawmakers on Monday that parliament speaker, Salim al-Jabouri, and other government officials and businessmen had tried to persuade him to secure specific contracts and to reinstate employees fired due to corruption. As well as the parliament speaker, Al-Obeidi mentioned the names of four sitting lawmakers, one former lawmaker and two parliamentary officials affiliated with the speaker. | ABC News >>

The Islamic State is targeting the U.S. Army, putting out a hit list of 700 soldiers and ordering its terror army to “kill the dogs.” United Cyber Caliphate (UCC), the Islamic State’s 3-month-old hacking consortium, has posted a number of such lists. Analysts say most names appear to be publicly available and randomly chosen as opposed to UCC actually hacking into a website and stealing the information. | The Washington Times >>

The U.S. Navy said its newest communications satellite was about halfway to geosynchronous orbit when its orbit raising propulsion system failed during a transfer maneuver June 29. Following a July 24 launch, the fifth satellite in the Navy’s next-generation narrowband communications constellation, known as the Mobile User Objective System, had expected to reach geosynchronous orbit and a test location about 35,400 kilometers above Hawaii by July 3. | Space News >>

The new air campaign targeting Islamic State militants in Libya entered its second day Tuesday as U.S. officials said the operation would last for “weeks” until the extremist group was ousted from its stronghold in the coastal city of Sirte. U.S. aircraft launched seven strikes during the first two days of the mission. AV-8B Harrier II attack jets from the amphibious assault ship Wasp took part in the airstrikes, said a Pentagon official. Marines from the 22nd Marine Expeditionary Unit are also embarked on the Wasp, which is currently in the Mediterranean Sea.  | Military Times >>

But they are speaking together in Congress just as the Pentagon is implementing sweeping changes to the face of the military. And as they raise their voices, their colleagues are listening to them on issues such as sexual harassment in the military, expanding family leave and planning options for soldiers, and – most recently – whether women should be eligible for the draft. | The Washington Post >>

Conner grew up in Lakeland. His father would bring home UFO and Bigfoot magazines but never went out exploring. In the military, Conner was responsible for running satellite and other forms of communication. On his latest deployment in Afghanistan, he helped set up a forward operating base near the Pakistani border. Then he retired as a master sergeant. | Miami News Times >>

“One of the things that is neat about our program and our trips is that they will be veteran-led trips. We are going to rely on vet-to-vet healing instead of some of the other therapies that are out there,” Urick said. | KPAX >>