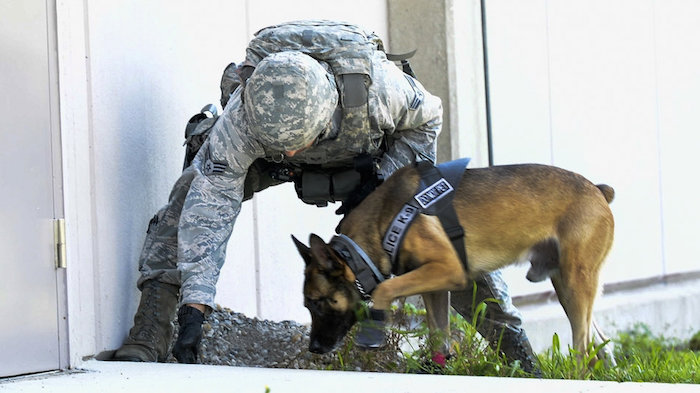 In our conversations, Jim told me, “I was ugly to my wife and family; I was at the end of the line. I couldn’t see beyond my own guilt and what I witnessed. Going to the movies was the worst: the crowds, the dark, the whispering. I was isolated, my family deteriorating around me. I couldn’t show affection, couldn’t hug my kids.” | MomZette >>

That is was able to find its way into a secure facility where patients are supposedly monitored around-the-clock and supervised when they leave their rooms reflects the depths to which the regional opioid addiction epidemic responsible for the deaths of more than 2,000 state residents last year has grown. | Sun Herald >>

The system is being run by VA employees, not White House staffers, despite Trump’s own pledges that the hotline would be a way for veterans to directly voice their complaints to the Oval Office. White House officials have directed all questions on hiring and operations of the hotline to department officials. | Military Times >>

When asked how long the U.S. presence could remain in Afghanistan, a senior U.S. official responded, rhetorically, “How long have we been in Korea?” U.S. troops have been posted south of the Demilitarized Zone since the end of hostilities there in 1953. U.S. forces have been fighting in Afghanistan since the 2001 invasion that followed the Sept. 11 terrorist attacks. | NPR >>

The proposed change by state-oil marketer SOMO would mark a major shift by OPEC’s second-largest producer away from fellow members Saudi Arabia, Kuwait and Iran, which have been using price assessments from global agency S&P Global Platts as their benchmark for decades. | Reuters >>

The Trump administration is reportedly weighing several competing proposals for Afghanistan. While military commanders have recommended an increase of several thousand U.S. troops to enable increased support for the Afghan military and counterterrorism operations, the White House is also considering alternative approaches that could entail the reduction or even the complete exit of American conventional forces-relying instead on special operations forces, paramilitaries, and contractors. | The Atlantic >>

China Daily published the editorial saying the U.S. Navy, despite its claim to protect the “freedom of navigation” in the South China Sea, is becoming a “hazard” in the region after two significant collisions. The stern editorial came hours after USS John S. McCain collided with a 600-foot Alnic MC — an oil and chemical tanker — early Monday morning, injuring five sailors and leaving 10 others missing. | Fox News >>

The Coast Guard has expanded its search for five crew members of a downed Army Black Hawk helicopter that crashed into the ocean off the coast of Hawaii more than four days ago. Officials said in a statement Sunday that their search area has covered about 68,000 square nautical miles. There have been no signs of life or of the missing crew, they said, but significant debris from the helicopter has been recovered. | The Washington Post >>

Normally, when aluminum is exposed to air, it forms an oxide layer that impedes the reaction that creates hydrogen, Giri said. The trick is to break that layer to keep the reaction going by adding an alkaline material such as sodium hydroxide. | Military Times >>

Marcello will be a guest of the State Fair that day. Along with leading the parade, there will be a reception in his honor. The parade is scheduled to begin at 4 p.m. “I know quite a few people who work at the Veterans Administration and they nominated me for this honor,” Marcello said. | The Grand Island Independent >>

He found his inner anguish only intensified when he retired from the military in December 2016 and finally had time to process all the wickedness he had seen in the world. It was almost too much for the 42-year-old to process, until he walked into his Junior ROTC classroom inside Lamar Consolidated High School later that month. | Daily Progress >>

Randy, an Army combat veteran of the Iraq War, said it had been 10 years since he spent an hour in quiet contemplation. “At first, I was nervous and unsure what to do. Then I just laid back and looked up at the clouds. I realized that it’s OK just to watch the clouds.” | Aspen Times >>