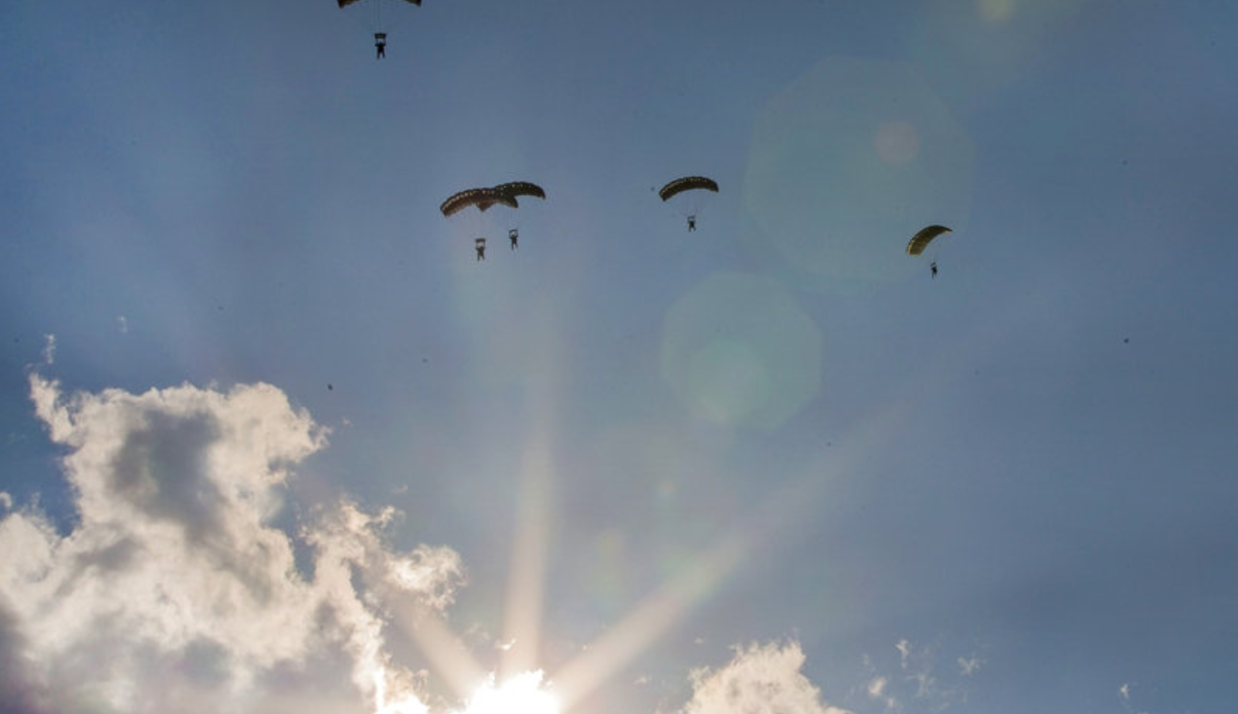 President Donald Trump signed a bill Friday night authorizing the construction of a privately funded Global War on Terrorism Memorial in Washington, D.C. In signing the “Global War on Terrorism War Memorial Act” passed by the House and Senate, Trump did not designate a site but authorized a memorial somewhere on “federal land in the District of Columbia,” the White House said. | Military.com >>

For years, there has been increasing concern about infections linked to endoscopes, the flexible, lighted tubes that doctors use to peer inside patients’ bodies. The devices are notoriously difficult to clean, and require myriad steps to prepare for reuse in another patient. Organic residues often remain after manual cleaning, and contamination can persist even in institutions with documented adherence to reprocessing guidelines, research indicated. | The Buffalo News >>

The officials said the VA isn’t considering the difficulties the vets and their families will face traveling into Manhattan, forcing them to delay or forgo necessary medical treatment. “Our veterans have sacrificed enough, and it’s unacceptable for any past or present service member to lose access or go through increased hurdles to get the medical services they rely on,” Donovan said in a statement. | Brooklyn Daily Eagle >>

Iraqi security forces launched on Sunday an offensive to take back the city of Tal Afar, their next objective in the U.S.-backed campaign to defeat Islamic State militants, Prime Minister Haider al-Abadi said. “You either surrender, or die,” Abadi said in a televised speech announcing the offensive, addressing the militants. | CNBC >>

Speaking to reporters on a military plane en route to meetings in Jordan, Mattis said it is up to President Trump to announce the details of a review of U.S. policy in Afghanistan and South Asia. The results have been delayed amid concerns that, more than 15 years after the United States invaded, an international coalition working together with Afghan forces are not winning the fight against the Taliban and al-Qaeda. | The Washington Post >>

Iraq’s Kurds may consider the possibility of postponing a planned Sept. 25 referendum on independence in return for financial and political concessions from the central government in Baghdad, a senior Kurdish official said. A Kurdish delegation is visiting Baghdad to sound out proposals from Iraqi leaders that might convince the Kurds to postpone the vote, according to Mala Bakhtiar, executive secretary of the Patriotic Union of Kurdistan (PUK) Politburo. | Reuters >>

Debate is heating up throughout the country over what to do with Confederate statues and memorials. But it appears, at least for now, that 10 major U.S. Army bases will keep the names of Confederate soldiers. The Army refused to answer questions last week on whether those bases – including Fort Bragg in North Carolina, Fort Hood in Texas, and Fort Benning in Georgia – will keep their names, the Charlotte Observer reported. | Fox News >>

A US Navy guided-missile destroyer collided with a merchant ship east of Singapore early Monday, the Navy’s 7th Fleet said in a statement. The USS John S. McCain collided with the merchant vessel Alnic MC while the destroyer was making its way to a port visit in Singapore, the Navy said. | CNN >>

The Pentagon was awaiting a final announcement by Trump on a proposal to send nearly 4,000 more U.S. troops to Afghanistan. The added forces would increase training and advising of the Afghan forces and bolster counterterrorism operations against the Taliban and an Islamic State group affiliate trying to gain a foothold in the country. | Stars and Stripes >>

The artwork – which includes abstract paintings, photos, multi­media pieces and decorated masks – brings veterans’ confrontations with mortality, physical and mental suffering, and trauma into focus. The pieces are categorized under three themes: patriotism, pain and identity. | The Washington Post >>

After three days of waiting, I began wandering the camp, and that’s when I met Margaux’s team, named Mission Memorial Day. Margaux was the only woman and a former Army Military Police. The three guys were Brian, a retired Marine; Nick, a former Airborne medic; and Josh, a former SEAL and the MMD team leader. Their mission was to carry that American flag, covered in the names of KIA, to Denali’s summit for a victorious picture. | The War Horse >>