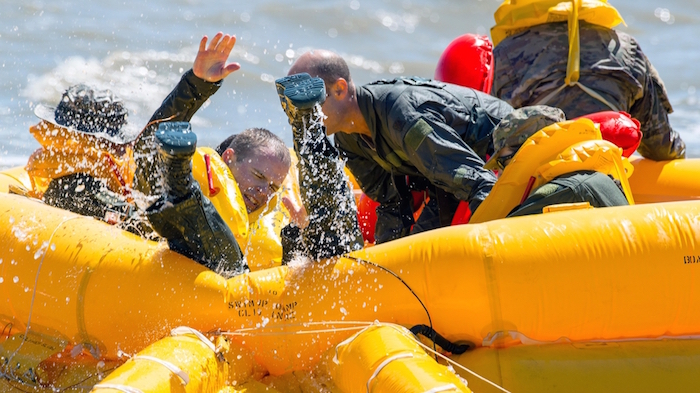 Findings from the VA’s Office of Inspector General show that programs allowing veterans to get care from private doctors when appointments aren’t available in the VA system leave veterans vulnerable to overprescription of powerful opioids because of gaps in the process used by the VA to keep track of prescriptions. | The Wall Street Journal >>

“Since the President’s been in office, we’ve removed over 700 employees from the VA. In fact, I now publish on a weekly basis all of our disciplinary actions of firings or suspensions or demotions so that everyone can see and track our progress,” Mr. Shulkin said. He added that such ability should be spread to other government agencies as well. | The Washington Times >>

Already 60 of the chamber’s 100 members have signed on as co-sponsors to the legislation, which would remove the 15-year deadline on using Post-9/11 GI Bill benefits and expand tuition payouts for certain reservists, Purple Heart recipients and surviving dependents. | Military Times >>

The ranks of the Islamic State militant group (ISIS) in northern Iraq are “worn out and demoralized,” according to an Iraqi general, as Baghdad sets its sights on the next jihadi haven after liberating the city of Mosul last month. | Newsweek >>

The Islamic State group targeted the Iraqi Embassy in Kabul on Monday, with a suicide bomber blowing himself up outside the gates, followed by three gunmen who stormed into the building. The assault set off a four-hour firefight that ended only after Afghan security forces said they had killed all the attackers. | The Philadelphia Tribune >>

I asked her straightforwardly if there’s a path to victory in Afghanistan and, if not, why US troops are still fighting and dying there. I also asked her how she thinks this conflict will end. While she’s unsure about the latter question, her answer to the first was one was crystal clear. | Vox >>

Under starlight, targets may blend in with the background. But with the thermal capability overlaid on night vision, targets can’t hide in smoke or fog, they “really pop out with that contrast,” said Dean Kissinger, an electronics engineer who is currently assigned to Program Product Manger Soldier Maneuver Sensors at Program Executive Office Soldier here. | Business Insider >>

A new device idea would have supplies at Marines’ fingertips, not on their backs. One Marine staff sergeant is trying to bring wearable technology down to the fire team level with the hopes of streamlining logistics and having Marines carry only what they need, with “real-time” resupply a near future reality. | Marine Corps Times >>

The premise is that military veterans who survive bullets, explosive booby traps, and the mental shock of combat can survive, though remain wounded in ways that medical science alone can’t fix. They need to be honored and remembered, and they need activities that give them an incentive to stay active and healthy. | JWC Daily >>

America needs a return to the days when the fighting class made up more of the ruling class – more military veteran politicians, as opposed to just veteran politicians. In honor of those who answered the call to military service and are now contemplating a move into the political realm, here are some thoughts on campaigning, leadership, and connecting with the public. | Task and Purpose >>

Thomas’ military career started in 2001, before the Sept. 11terrorist attacks, when he joined the Indiana National Guard as an army combat engineer. Since then, Thomas, the senior battalion operation non-commissioned officer for the 113th Engineer Battalion headquartered in Gary, has been deployed several times including tours in Kuwait, Afghanistan and a mobilization supporting military campaigns during Operation Iraqi Freedom. | Chicago Tribune >>