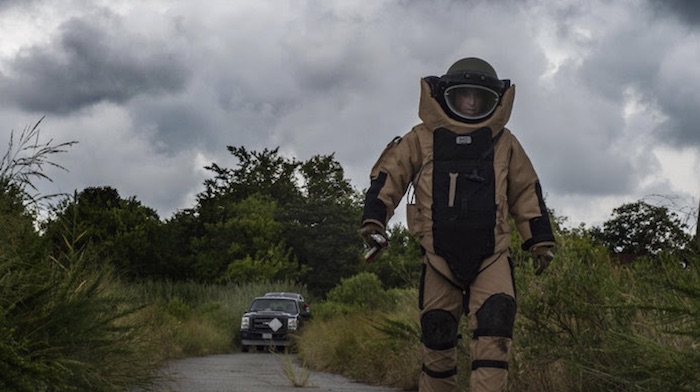 Choking back tears, I embraced her. Her pain was tangible, and shook me from a real-life perspective. This woman, this military spouse, inspired me to look further into the experiences of veterans and their families. The statistics about our military personnel are astounding. | LinkedIn >>

“To those brave men and women standing up to peacefully oppose such un-American actions, to law enforcement attempting to keep the peace, and to National Guardsman thrust into the fray, we have your back and stand with you. America’s post-9/11 veterans look forward to being a productive force for respect, unity and peace.” | San Diego Union-Tribune >>

The center Lawrence leads had been the target of several investigations by the VA’s inspector general, which, over the last few years, have documented mismanagement, bad oversight and system breakdowns that may have delayed or denied health care for American veterans, including hundreds of thousands with pending applications. | WSBTV >>

What is evident is that the Afghan government has struggled to halt Taliban advances on its own and is now also battling an Islamic State affiliate that has carved out a foothold mostly in eastern Afghanistan. In its most recent report, the U.S. Special Inspector General for Afghanistan Reconstruction said the Taliban hold sway in nearly 50 percent of the country. | CBS News >>

Saudi Arabia and Iraq plan to open the Arar border crossing for trade for the first time since 1990, when it was closed after the countries cut ties following Saddam Hussein’s invasion of Kuwait, Saudi local media reported on Tuesday. | Reuters >>

The Taliban have been posting propaganda pictures and videos of war spoils captured on the battlefield. Since the resurgent group announced the start of Operation Mansouri – the annual spring offensive named after former Taliban leader Mullah Mansour who was killed in a U.S. drone strike last May – Taliban media representatives have been posting photos to social media accounts. | Military Times >>

Simone Askew marched into history Monday as the first black woman to lead the Long Grey Line at the U.S. Military Academy. After an early morning 12-mile march back to the grey stone academic complex with 1,200 new cadets she led through the rigors of basic training at “Beast Barracks,” the 20-year-old international history major from Fairfax, Virginia, assumed duties as first captain of the 4,400-member Corps of Cadets. | Military Times >>

A fifth woman in the U.S. Air Force plans to attempt special operations training, an official said.The female service member, who wasn’t identified, is in Basic Military Training at Joint Base San Antonio-Lackland in Texas and wants to become a Tactical Air Control Party (TACP) specialist, according to Marilyn Holliday, a spokeswoman for the Air Education and Training Command. | Military.com >>

North Korea said Tuesday that its military presented leader Kim Jong Un with plans to launch intermediate-range missiles into waters near Guam and “wring the windpipes of the Yankees” by creating “enveloping fire” near the key U.S. military hub in the Pacific. | Politico >>

Justin Miller served in the U.S. Army for 11 years and was deployed twice to Iraq. When he returned he contemplated suicide but after having a conversation with his friend and U.S. Army Major Chris Mercado he felt some relief. He realized that having someone there to listen to him made a difference. | WJBF >>

For Gomez and many other amputees like him, the trip is an outlet. It is a mission of sorts that requires tough physical and mental training on the mountains and off the battlefields. But if they can succeed here, they will at home, too. | Fox News >>

As a new school year starts, Colorado is facing a critical shortage of teachers and the problem is only getting worse. But some former soldiers are helping fill some of the shortfall. Specialist 4 Sean Gallup is getting out of the Army to do something he’s always wanted to do: Become a teacher. | Fox 31 Denver >>