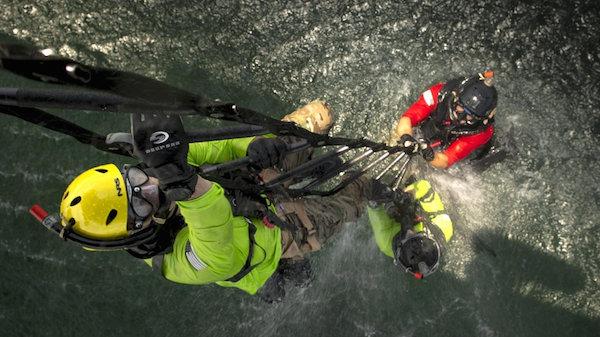 “Veterans come from all backgrounds, represent the diversity of America and have stood together against our enemies overseas,” said Paul Rieckhoff, founder and CEO of IAVA. “And we will stand together now against intolerance, hatred and violence here now at home.” | Military Times >>

Faced with a “hard decision” on the budget, the Department of Veterans Affairs is again considering new limits on the Individual Unemployability benefit that currently helps more than 200,000 disabled veterans. Veterans Affairs Secretary David Shulkin, telling a House panel this summer that providing unemployment benefits to vets “above the age of 80 … isn’t what makes sense to the average American,” has proposed cutting the IU benefit for vets once they are eligible for Social Security. | The Daily Courier >>

A Veterans Affairs office in New Mexico during the 2015 fiscal year denied more than 90 percent of benefit claims related to Gulf War illnesses, marking the ninth-lowest approval rating among VA sites nationwide, according to a federal report. The U.S. Department of Veterans Affairs’ Albuquerque office denied 592 of 640 Gulf War illness claims in 2015, which is the latest yearly data available, The Albuquerque Journal reported earlier this week. | Military.com >>

Afghan official says that Taliban insurgents have seized control of a district headquarters in northern Faryab province. Nasratullah Jamshidi, an army corps spokesman for the northern region, said Sunday that Afghan security forces withdrew from the Ghormach district to avoid civilian casualties and confirmed that the Taliban has seized control of the district. | Business Insider >>

Iraq’s Shiite militias announced on Monday they will participate in the next major battle against the Islamic State group the Iraqi forces’ victory in Mosul last month. The Shite militias did not fight in the urban part of Mosul, Iraq’s second-largest city, but were key in clearing far-flung villages of ISIS and capturing supply lines in the desert west of Mosul toward Iraq’s border with Syria. | Stars and Stripes >>

According to the World Bank’s Global Findex database, women in the developing economies are 20 percent less likely to have an account at a financial institution, and often even accounts under their names are de facto controlled by male relatives. Roya Mahboob, one of Afghanistan’s leading tech entrepreneurs, overcame this dilemma by paying female employees in bitcoin. | International Business Times >>

Military officials cited demand for band performances, command support and anecdotal accounts as evidence of mission success, but such approaches “do not include measurable objectives or performance measures that have several important attributes, such as linkage to mission, a baseline, and measurable targets,” the GAO said. | Task and Purpose >>

“The Army can confirm that James Alex Fields reported for basic military training in August of 2015,” Sharp said. “He was, however, released from active duty due to a failure to meet training standards in December of 2015. As a result, he was never awarded a military occupational skill nor was he assigned to a unit outside of basic training.” | Military.com >>

For the first time veterans are sharing their photographs of their time in service.”I had no idea it was going to be like this. I’m very honored. I’m glad that I can be a part of it,” says TMZ(SS) Alex Kinloch.The Veteran’s View exhibit started with a picture the navy serviceman took with his smartphone. | KSPR >>

Walking off the mound to a standing ovation from a crowd that included his parents and sister, Chris Rowley started to become aware of the magnitude of his achievement. Rowley became the first West Point graduate to reach the major leagues, pitching one-run ball over 5 1/3 innings to win his debut Saturday and lead the Toronto Blue Jays over the Pittsburgh Pirates 7-2. | Military Times >>

“When I first got out of the military in 2007, it was hard for me to find employment,” Smith said. “I couldn’t find a job for about six months.” Smith, a US Army veteran, served in Iraq in 2004 when road side bombs were the weapons of choice for insurgents. (Photo Right) | KSDK >>