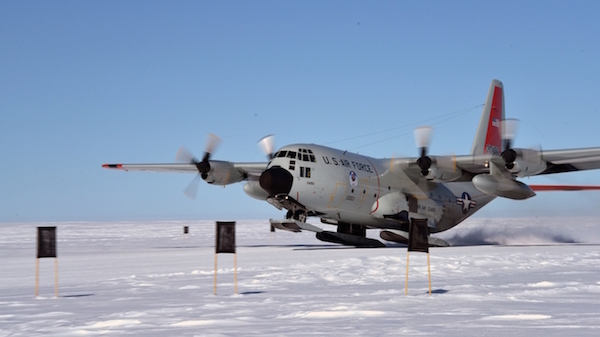 The opioid crisis has hit veterans particularly hard, as prescriptions have skyrocketed since the Iraq and Afghanistan wars began and Department of Veterans Affairs staffers have often been busted for diverting the drugs to take themselves or sell. | The Boston Herald >>

The issue of eating disorders has long been understudied in the VA community. But that trend is slowly changing, in part, due to the perception that high rates of PTSD, depression, and obesity could make Veterans-both men and women-susceptible to dangerous eating patterns. | U.S. Department of Veterans Affairs >>

These are some of the terms Afghan men use to refer to their wives in public instead of their names, the sharing of which they see as a grave dishonor worthy of violence: Mother of Children, My Household, My Weak One or sometimes, in far corners, My Goat or My Chicken. Women also may be called Milk-sharer or Black-headed. The go-to word for Afghans to call a woman in public, no matter her status, is Aunt. | The New York Times >>

The Islamic State group targeted the Iraqi Embassy in Kabul on Monday, with a suicide bomber blowing himself up outside the gates, followed by three gunmen who stormed into the building. The assault set off a four-hour firefight that ended only after Afghan security forces had killed all the attackers. | Chicago Tribune >>

It was a routine check. Two vans, both without license plates, were stopped earlier this month by police in Afghanistan’s eastern Ghazni province, where Taliban hold sway in large swaths of the countryside. Inside, police found 27 boys between the ages of 4 and 15, all being taken illegally to Pakistan’s southwestern Baluchistan province to study in seminaries called madrassas, according to a police report acquired by The Associated Press. | ABC News >>

Leading thinkers in technology and warfare picture a transformed infantry in future battles where humans are distant, if not entirely removed, from the fighting. Lt. Gen. Sean B. MacFarland, the deputy commanding general of the Army’s Training and Doctrine Command, spoke at the third annual “Mad Scientist” conference, a partnership between Georgetown University and TRADOC. | Military Times >>

The United States pointedly showed off its military prowess over the Pacific and the Korean Peninsula on Sunday in response to North Korea’s launch Friday of a missile capable of reaching the U.S. mainland, a test Pyongyang said was a “stern warning” for Washington to back off from threats and more sanctions. | The Washington Post >>

In response to President Trump’s tweets stating transgender people will not be able to serve “in any capacity in the U.S. Military” due, in part, to the “tremendous medical costs,” a former Navy surgeon has vowed to donate her services to transgender military personnel. | NBC News >>

“I’d rather die on the battlefield than have heard later on that one of my men did not make it because their medic was not there,” McCloughan once said. Bill Arnold, then 20, was one of the soldiers running back then, and he couldn’t keep up. Hours before he injured his knee rolling off a helicopter. His run was reduced to a limp, and then to a crawl. Finally, he collapsed. | NPR >>

“This event is a unique opportunity for veterans, their families and the general public to come out and learn about services available from our veterans,” said Patty Gnefkow, president and CEO of Vet-To-Vet Support Command. Gnefkow is coordinating the event with Howard Hutchison, founder of Veteran Providers’ Coalition of Sedgwick County. | The Wichita Eagle >>

Michael Spaude rode his motorcycle through the night Sunday to make up lost time on his 48-state odyssey – a solo fundraising trek for the veteran’s group Eagle’s Healing Nest. Spaude finished his journey Friday morning with an escort from Sauk Centre to Sauk Rapids. The 18-day trek inspired more than $20,000 in donations to support local veterans. | The St. Cloud Times >>