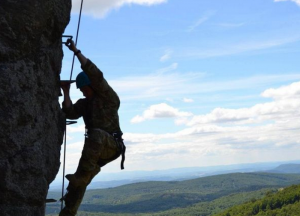 The president leaves office in January, and he plans to use this appearance to recap how he has tried to help former military members, moving beyond headline-grabbing scandals over lengthy wait-times for veterans seeking medical care. Outrage over those delays led to the resignation of Obama’s first Veterans Affairs secretary, retired Army Gen. Eric Shinseki. | Fox News >>

Paul Rieckoff, the founder and CEO of Iraq and Afghanistan Veterans of America, a non partisan group with close to 200,000 members, called Trump’s comparison of his sacrifices with those of someone like Khan “insulting, foolish and ignorant.” | ABC News >>

A quick and easy blood donation can help pave the way to better healthcare for veterans — and also provide answers to complex medical questions — through a new gene study program conducted by the Department of Veterans Affairs. | Task and Purpose >>

The Taliban claimed responsibility for a truck bomb attack on a military and logistics services compound in Kabul, Afghanistan, early on Monday after a powerful explosion was heard all around the city. A security services official said four heavily armed attackers were fighting on the site of the Northgate Hotel, a secure residential compound for foreign military and civilian organizations. | Newsweek >>

Iraq’s government is setting its sights on Mosul, Iraq’s second-largest city that has been under IS control since June 2014, as its next major target. The assault is probably months away, but fierce fighting already has been raging as Iraqi forces try to clear the militants from villages and towns south of the city. | Fox News >>

An important district in Afghanistan’s southern poppy-growing province of Helmand has fallen under Taliban control after heavy fighting that killed around 17 police and wounded up to 10 others, an official said on Saturday. The director of Helmand’s provincial council, Kareem Atal, said that Taliban militants attacked a series of police checkpoints Friday night as part of a larger assault in the Kanashin district. | New York Daily News >>

Retired Army Gen. Martin Dempsey, former chairman of the Joint Chiefs of Staff, is arguing that retired general officers should not endorse political candidates. In a letter to the Washington Post, Dempsey wrote that retired Marine Gen. John Allen and retired Army Lt. Gen. Michael Flynn crossed the line by speaking at the Democratic and Republican conventions, respectively. | Military Times >>

On Thursday, North Korea’s top diplomat for U.S. affairs said that the nature of the maneuvers has become openly aggressive, and that Pyongyang is ready for war. The United States and South Korea regularly conduct joint military exercises south of the Demilitarized Zone dividing the two Koreas, and Pyongyang typically responds to them with tough talk and threats of retaliation. | Military.com >>

Are younger service members — so-called ‘millennials,’ born in 1980 or later — soft? Are they too reliant on technology? Are they buried so deep in social media that face-to-face communication becomes impossible? Are they too busy questioning orders to follow them? | Marine Corps Times >>

The 30th Infantry Division, known as “Old Hickory,” included National Guardsmen from North Carolina and several other states. It was among eight divisions recommended in 1946 for the Presidential Unit Citation. But the citation was never awarded, thanks to what’s been described as a “paperwork logjam.” Now the veterans are trying once more, with help from a much younger generation: Iraq War veterans who now lead the 30th Infantry Division Association. | Stars and Stripes >>

“They had to climb in the middle of the night noiselessly,” said Susie Kincade, an advocate with Carbondale-based Wilderness Workshop, gesturing to one of the nearby cliff faces. “They used to all carry skis, but they lost the skis really quickly because they made so much noise. Not only were they silent, but they had to do quick hand-to-hand combat to take out the gunners at the top.” | Summit Daily >>

Klein, who served as a meteorologist at an Air Force base in Miami during the Vietnam era, and later lost his sight, is now working on a documentary film titled “Why Can’t We Serve,” that seeks to get military leaders to revise policies to allow disabled veterans to continue to serve in non-combat roles. | Daily Freeman News >>