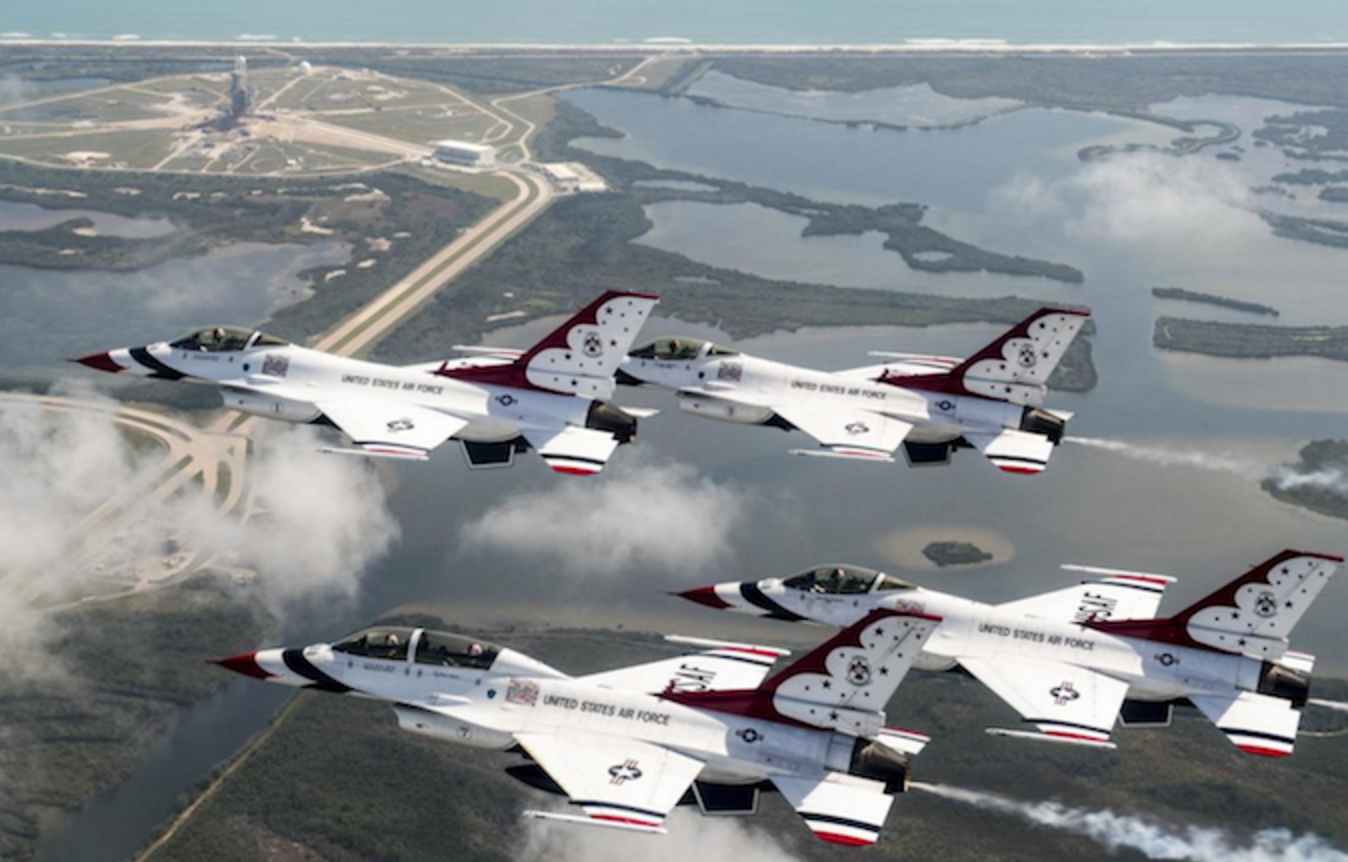 There are plenty of veterans wearing evening gowns while sporting combat boots. Women in tears recalling time in the war zone or family tragedy one minute are teasing hair and applying mascara the next. The documentary, directed by Lysa Heslov, takes on pageant contestants and other female veterans from all angles – and that, says the pageant’s founder, is the point. | Military Times >>

Even with all the VA clinics and hospitals, that $180 billion budget for the U.S. Department of Veterans Affairs, even with all those resources, the day-in-and-day-out care of disabled veterans often falls to their own family members. Congress recognized that. And finally, in 2010, created the VA Family Caregiver Program. The program offers support and, in some cases, a little financial help for those family members. Veterans have signed up in huge numbers. NPR’s Quil Lawrence reports that family caregivers in some cities say they are now being dropped from that program without any explanation. | NPR >>

The Choice Card program, created by Congress in the wake of VA’s 2014 wait time scandal, is one of multiple offerings by the department for veterans to seek medical care outside the VA system. Veterans who face lengthy wait times for VA hospital appointments or live more than 40 miles from VA clinics are eligible to use the program to seek private-sector medical care instead. | Military Times >>

Islamic militants unleashed suicide attacks in the city of Tikrit, north of Baghdad, killing at least 22 people, a provincial official said on Wednesday. Five suicide bombers on foot targeted a police patrol and broke into a police officer’s house in Tikrit’s Zihoor neighborhood, according to a Salahuddin provincial council member, Ahmed Karim. | The Los Angeles Times >>

Afghanistan has seen a boom in opium production in recent years despite the country’s narcotics division’s best efforts to combat it. Officials from the Afghan government recently announced the narcotics department seized nearly 650 tons of drugs, including raw opium, within the last year, the Associated Press reported. | Newsweek >>

“We are looking at decades of work for these countries to look like post-World War II Europe where we still find some unexploded ordnance here and there,” Agnes Marcaillou, director of the United Nations Mine Action Service, told a news conference marking International Mine Awareness Day. | Fox News >>

Traditional weaponry has often been a burden to soldiers, placing added weight on their bodies, slowing reaction at times when all of their facilities are needed. Future troops may wind up having a “third arm” to help offset the weight. The Army Research Laboratory is testing a device that attaches to ground troops’ protective vests, potentially letting Soldiers’ hands be freed up for other tasks. | Fox News >>

“We take the concerns of our aircrew seriously and have directed a two-day safety pause for the T-45 community to allow time for naval aviation leadership to engage with the pilots, hear their concerns and discuss the risk mitigations, as well as the efforts that are ongoing to correct this issue,” Groeneveld said. (Photo Right) | The San Diego Union-Tribune >>

Rep. Martha McSally (R-Ariz.) this week will introduce legislation meant to fight nonconsensual sharing of “private, intimate media” in the military, following outcry over the Marine Corps’ nude-photo-sharing scandal. The Protecting the Rights of IndiViduals Against Technological Exploitation, or PRIVATE Act, “defines when photo sharing is a crime, which is not clear in current law, and addresses questions related to freedom of speech and intent,” McSally said in a letter seeking cosponsors for the bill. | The Hill >>

Local military veterans are finding renewed purpose amidst the chaos of winds and strong currents. During a 3-day event, operating out of the St. Petersburg Sailing Center, participants of the Warrior Sailing Basic Training Camp are working together in small teams aboard Sonar sailboats, with an on-board professional coach accompanying each team. | ABC Action News >>

Chris isn’t alone in his work to use skiing and the outdoors to heal and create community among military veterans. After returning from deployments in Iraq and Afghanistan, Josh founded Mission Memorial Day, an initiative to bring meaning back to the holiday by carrying flags adorned with names of fallen soldiers to the top of Denali. The organization first attempted the summit in 2015, but cut the mission short at 18,000 feet due to weather and health complications. (In May of 2016, Josh and his Mission Memorial Day teammates would go on to summit Denali, bringing with them 500 solders’ names.) (Photo Right) | Backcountry Magazine >>

The journey is a means for the Navy veteran to bring awareness to veterans suffering from post-traumatic stress disorder. The affliction plays a role in a harrowing statistic. An average of 22 veterans commit suicide every day, according to a 2012 suicide data report issued by the U.S. Department of Veterans Affairs. | Austin American-Statesmen >>